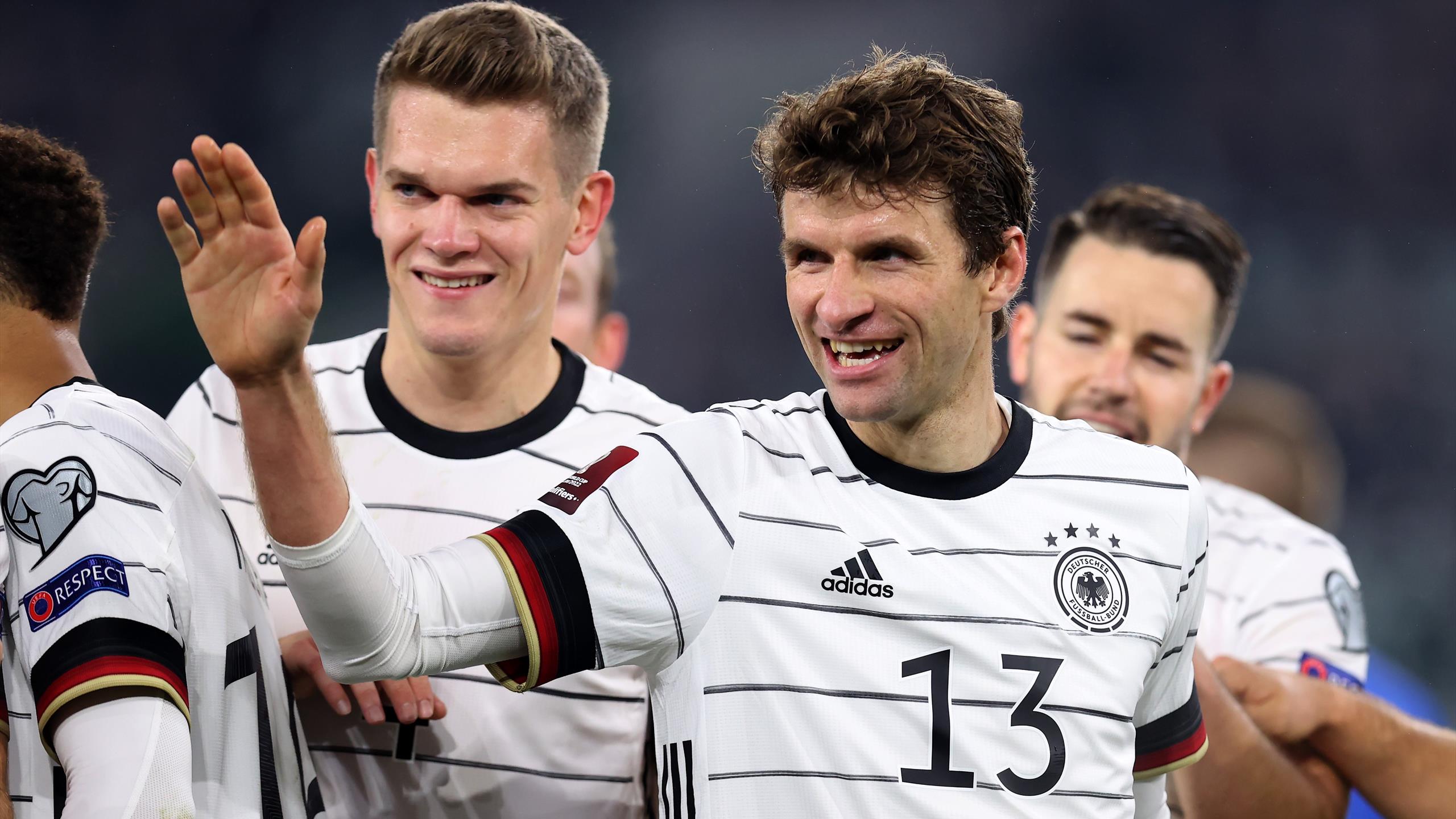 Manchester City’s midfielder Ilkay Gundogan scored from the spot to kick-start the scoring after just 11 minutes, with Liechtenstein already down to 10 men with Jens Hoffer sent off after nine minutes.

The minnows’ Daniel Kaufmann then put the ball into his own net on 20 minutes, former City and now Bayern winger Leroy Sane scored two minutes later, and Marco Reus just a minute after that as Germany went into the half-time 4-0 up.

Pepe sent off as Portugal held in Ireland

Sane made it five as he grabbed a brace just after the restart, Thomas Muller and Ridle Baku added late goals to run-up the margin of victory, before Muller’s second and Maximilian Goppel’s own goal stretched the scoreline yet further. Germany are nine points clear of North Macedonia and assured of topping the table.

Elsewhere in Group J, North Macedonia enjoyed an easy time of it in Armenia as they ran out 5-0 winners, as Enis Bardhi scored a hat-trick with the help of two penalties. North Macedonia stay in second, a point ahead of Romania, who hosted Iceland and played to a 0-0 stalemate in Bucharest.

In Group B, Pablo Sarabia grabbed the only goal of the game as Spain won 1-0 at Greece, moving top by a single point. Georgia beat Sweden 2-0 in Tbilisi as the visitors dropped into second.

Russia secured a resounding 6-0 win over Cyprus in their home game, with five goals coming in the second half. Russia stay two points clear of Croatia in Group H.

Croatia hit seven but could only secure a six-goal margin when they won 7-1 away at Malta. Local rivals Slovakia and Slovenia played out a 2-2 draw.

In Group A, Luxembourg managed to pull off a 3-1 win at Azerbaijan as Tellur Mutallimov was sent off after just 21 minutes. The result leaves Luxembourg in third place in the group, eight points behind Serbia and Portugal above them, and Azerbaijan remain bottom.

Portugal – who had veteran defender Pepe sent off – drew 0-0 at the Republic of Ireland, with the hosts in fourth and Portugal topping the group.