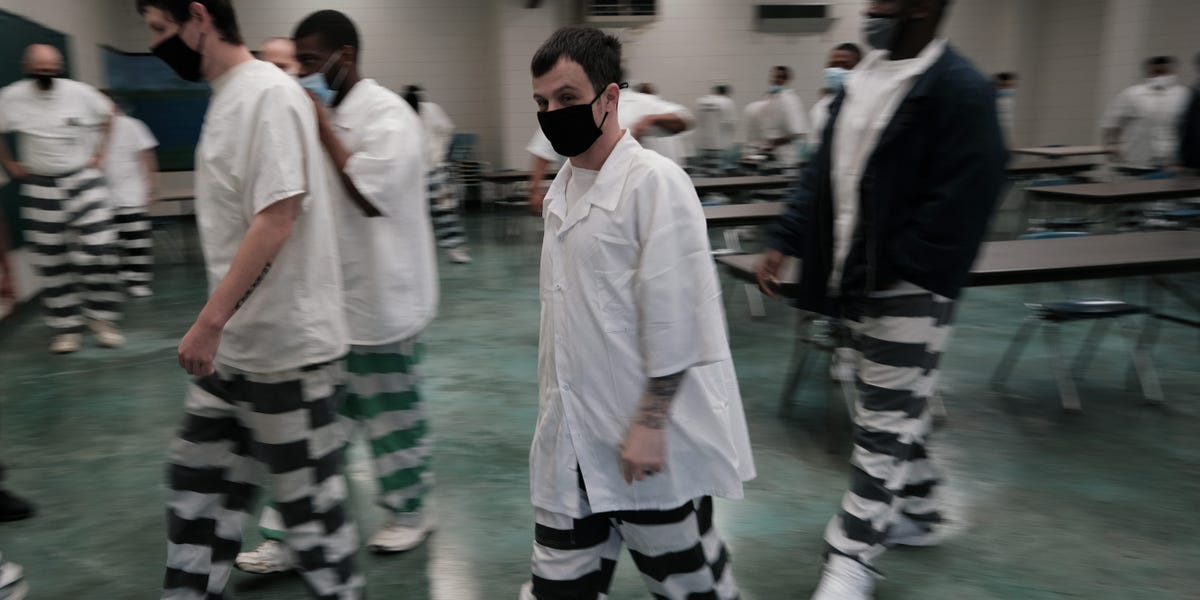 The letters are already in the mail: Hundreds of formally incarcerated people in Alachua County, Florida, will soon receive invitations to apply for a basic-income pilot.

Participants will be chosen randomly among the applicants. From there, they will receive an initial $1,000 payment via direct deposit in January 2022. After that, they’ll get $600 every month for a year. They can spend the money however they like.

Critics of basic income argue that free stipends reduce the incentive for people to find jobs or may encourage them to make frivolous purchases. But the program’s creators hope it will lift people out of poverty and prevent them from re-entering the prison system.

The US has one of the highest recidivism rates in the world: Nearly 77% of people released from prison are rearrested within five years. Formerly incarcerated people are also 10 times more likely to be homeless than members of the general public. And they have a 27% unemployment rate — higher than the national unemployment rate during the Great

, according to data from the nonprofit Prison Policy Initiative.

These same people are often required to pay probation fees, which can cost anywhere from $10 to $150 per month. Many are also charged for ankle monitors, court-ordered drug testing, and mandatory classes, such as anger management therapy. Failure to pay fees could result in additional arrests or reincarceration.

“We see people all the time get reincarcerated just for money,” Kevin Scott, the pilot’s project manager, told Insider. “That is straight up criminalizing poverty. The crime is you’re too poor to be free.”

Spending $7,600 on a formerly incarcerated person is cheaper than housing them in prison

Alachua County’s basic-income pilot is privately funded by two organizations: a social impact organization called Spring Point Partners, and mayors for a Guaranteed Income, a coalition of mayors that support basic income in their cities.

Several members of Mayors for a Guaranteed Income have already unveiled their own basic-income pilots, mostly through private funding. Twitter CEO Jack Dorsey donated $15 million to the coalition in 2020.

Scott said the Alachua County pilot opted for fewer participants and larger individual stipends to account for the unique financial barriers that formerly incarcerated people face. The total cost per person — $7,600 for one year — is much lower than the annual price states pay, between $15,000 and $70,000 per year to house one person in state prison.

Researchers are tracking whether the pilot reduces recidivism

The Alachua County pilot was designed by people directly impacted by the justice system — including Scott himself, whose own incarceration ended almost six years ago.

“I’m a white guy, so very much born on third base,” he said. “[I] had advantages and had people that cared about me and supported me and tried to give me material support — as much as they could, anyway — and I barely made it.”

After prison, Scott said, he found it difficult to support himself. He said monthly stipends would have helped cover his probation fees or buy pants, a bicycle, or a bus pass.

“There’s this hovering axe of ‘I gotta make these probation payments or they’re going to reincarcerate me,'” Scott said, adding, “if somebody could have spared me just that piece of my re-entry struggle, that would have opened up my whole world.”

Scott said he’ll consider the basic-income pilot a success if it prevents even one person from being reincarcerated due to poverty. Researchers at the University of Pennsylvania and Suffolk University will examine whether the program lowers recidivism and improves housing security and well-being.

Ideally, Scott said, the payments will be “meaningful enough that somebody could further their lives — not just scratch by, but hopefully be able to invest in themselves.”