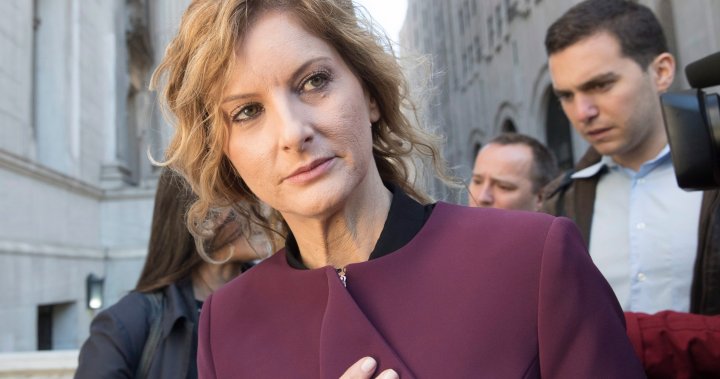 Summer Zervos, a former contestant on The Apprentice who accused Donald Trump of sexual assault, on Friday ended her nearly five-year-old defamation lawsuit against the former U.S. president, without receiving an apology or compensation.

The abrupt decision to discontinue the case spares Trump from being questioned under oath about accusations he subjected Zervos to unwanted kissing and groping in 2007 after she had sought career advice.

Zervos had sued Trump in January 2017 in a New York state court in Manhattan, saying he harmed her reputation by calling such allegations by women “lies” and retweeting a post calling her claims a “hoax.”

“Ms. Zervos no longer wishes to litigate against the defendant and has secured the right to speak freely about her experience,” her lawyers Beth Wilkinson and Moira Penza said in a joint statement. “Ms. Zervos stands by the allegations in her complaint.”

Trump, a Republican, had been seeking court permission to countersue Zervos for interfering with his right to speak freely, a right he said was protected under New York law.

Zervos’ lawyers called that effort an attempt to escape a court-ordered Dec. 23 deadline to be deposed.

“Ms. Zervos made the prudent decision to voluntarily drop her case without the exchange of any compensation or attorneys’ fees,” Trump’s lawyer Alina Habba said in an email. “She had no choice but to do so as the facts unearthed in this matter made it abundantly clear that our client did nothing wrong.”

Wilkinson and Penza did not immediately respond to requests for additional comment.

“It is so sad when things like this can happen, but so incredibly important to fight for the truth and justice,” Trump said. “Only victory can restore one’s reputation.”

Trump’s comments were contained in a statement provided by Save America, a political action committee that supports him. The statement said Trump has been “totally vindicated.”

Zervos’ case remained unresolved in part because Trump sought while in the White House to halt a variety of legal proceedings by arguing a sitting president could not be sued.

1:22
Former White House press secretary believes Trump will run with ‘no guardrails’ in 2024

One, former Elle magazine columnist E. Jean Carroll, also sued Trump for defamation after he denied having raped her in a Manhattan department store in the mid-1990s.

Trump has asked the federal appeals court in Manhattan to let him substitute the U.S. government as the defendant, essentially shielding him from personal liability, because he had spoken about Carroll in his capacity as president.

Oral arguments are scheduled for Dec. 3. The Biden administration has essentially adopted Trump’s position, while describing his statements questioning Carroll’s credibility as “crude and disrespectful.”

Julie Fink, a lawyer for Carroll, said in an email that her client “has no intention” of dropping her lawsuit.