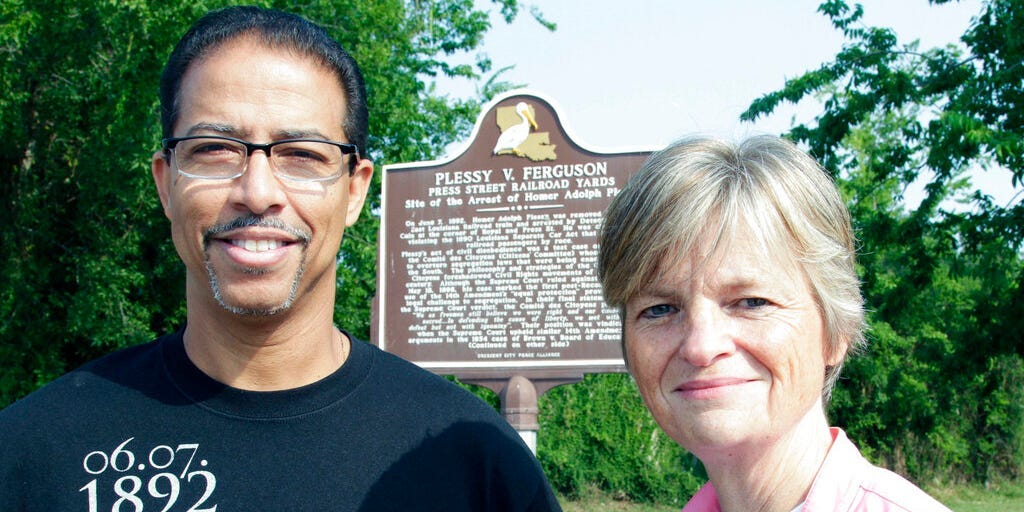 A Louisiana board on Friday voted unanimously to pardon Homer Plessy, whose landmark 1896 case Plessy v. Ferguson led to the US Supreme Court’s “separate but equal” doctrine that affirmed state-sanctioned segregation laws, according to The Washington Post.

The Louisiana Board of Pardons approved the pardon for Plessy, a mixed-race Creole man from New Orleans who in 1892 bought a first-class ticket on a train headed to Covington, Louisiana, and sat in a “whites-only” rail car. He was asked to leave the car, and after refusing to give up his seat, was removed from the train and charged with violating the Louisiana Separate Car Act of 1890.

Plessy, a 30-year-old shoemaker at the time of his arrest, pled guilty and was fined $25; he died in 1925 at age 62 with the conviction still on his record.

Nearly 130 years later, Plessy’s record is one step closer to being cleared.

“There is no doubt that he was guilty of that act on that date,” Jason Williams, the Orleans Parish district attorney, told the board during the Friday hearing. “But there is equally no doubt that such an act should have never been a crime in this country.”

The measure now heads to Democratic Gov. John Bel Edwards, who has final approval over the board’s decision.

A spokesperson for Edwards said on Friday that the governor was traveling but “looks forward to receiving and reviewing the recommendation of the Board upon his return.”

The Plessy decision upheld Jim Crow laws, which allowed for the segregation of theaters, schools, and public transportation, among other public spaces, between Black and White Americans.

The legalized segregation was enforced as a way of life for generations.

However, with the Supreme Court case Brown v. Board of Education of Topeka in 1954, such mandated discrimination was struck down, which led to the desegregation of schools and the dismantling of Jim Crow.

The pardon recommendation comes as New Orleans looks back at its turbulent desegregation process, which introduced the world to Ruby Bridges, who as a 6-year-old in 1960 became the first Black child to desegregate the city’s all-white William Frantz Elementary School.

Keith Plessy, a descendant from a cousin of Homer Plessy, was present at the board hearing, recalling the time when he met Rosa Parks, the civil rights icon who in 1955 refused to give up a “whites-only” seat on a Montgomery, Alabama, bus, and kneeled to honor her valor.

“She said to me, ‘Get up boy, your name is Plessy — you’ve got work to do,'” Keith Plessy said during the hearing. “I’ll admit, I didn’t know what she meant then, but I’m sure now, that I’m convinced that she was talking about the work we’re doing today.”