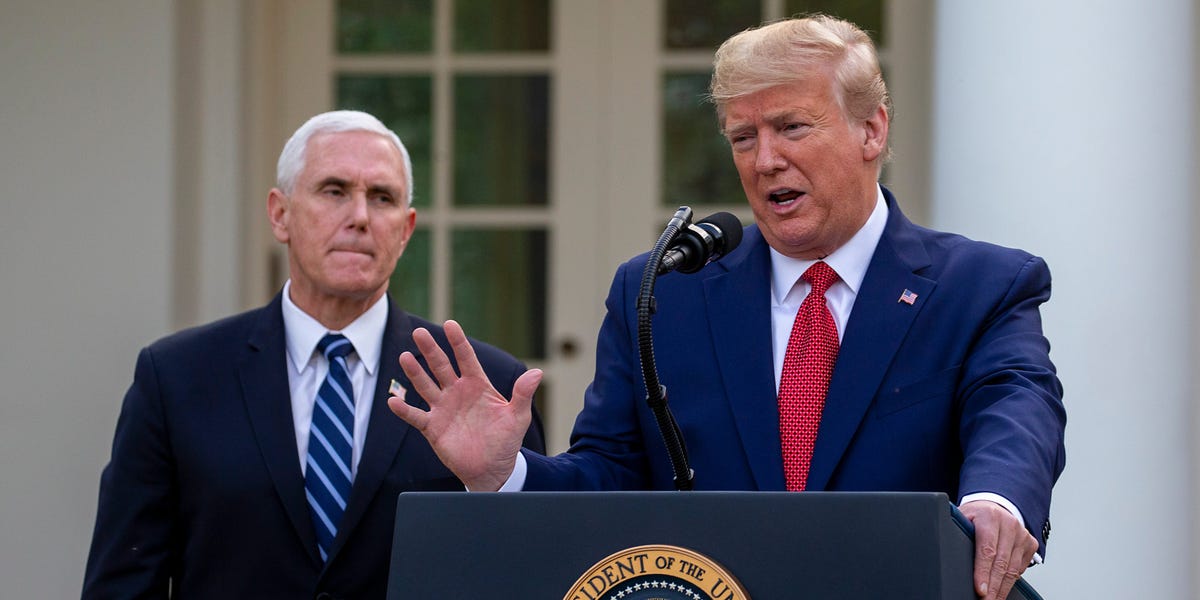 A former White House official said she thinks Mike Pence will run against Donald Trump for president in 2024, saying the former vice president is “uniquely positioned” to do so.

“I think he will [run],” Alyssa Farah, who previously served as the Trump White House’s director of strategic communications and Pence’s press secretary, told CNN on Saturday.

She said she believes Pence is “uniquely positioned” as a challenger because he can “tout the record” of Trump, but could do so “without a lot of the downside.”

Insider’s John L. Dornan reported last month that Pence was returning to Iowa, the traditional first-in-the-nation state in the presidential nominating process, in advance of a potential 2024 run.

CNN previously reported that Pence had sized up his team, acquired new office space, and recruited a top GOP fundraiser — all signs that he might seek the Republican nomination in 2024.

Farah also said she thinks former Secretary of State Mike Pompeo and Florida Gov. Ron DeSantis could make a bid for the GOP presidential nomination in 2024.

“Some folks are teeing up to run” against Trump in 2024, Farah told CNN, adding that DeSantis “might be one of them.”

Politico reported last week that Trump was annoyed that DeSantis, a rising star in GOP politics, has not publicly promised not to run against him in 2024. (A spokesperson for Trump told Insider’s Tom Porter that report was “fake news.”)

As for Pompeo, Farah said: “I think Mike Pompeo is looking at a political team and what that might look like.”

The former secretary of state launched a political group in June, and has been traveling to key states in preparation for a potential bid, CNN reported.

Farah, who has been openly critical of Trump in recent months, said in her Saturday CNN interview that people challenging Trump for the Republican nomination would be a “good thing” for the party.

“A coronation of Donald Trump would be the worst thing both for the party, but, more importantly, for the country,” she said.

Trump has not formally announced a 2024 run but has signaled that he might seek a second term. Last month, he teased a campaign slogan, “Make America Great Again, Again,” at a campaign-style rally in Des Moines, Iowa.

His former chief of staff, Mark Meadows, told SiriusXM that he’d bet all his money on Trump running again, citing conversations with the former president “multiple times a week.”