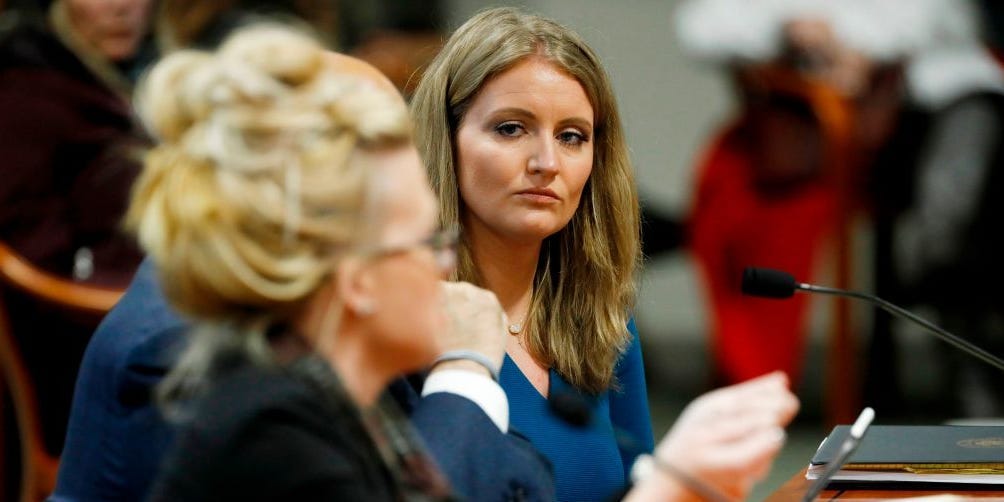 In the weeks after the 2020 election, then-President Donald Trump’s campaign lawyers litigated cases across the country, targeting states like Arizona, Georgia, and Pennsylvania, which provided narrow but winning margins for now-President Joe Biden’s successful campaign.

The memo, which was written by then-Trump campaign lawyer Jenna Ellis, is detailed in Karl’s upcoming book, “Betrayal: The Final Act of the Trump Show,” chronicling how Pence was being goaded into invalidating the Democratic victory even more than had been previously reported.

Trump has been vocal in his distaste of Pence’s decision not to challenge the results — as the sitting vice president on January 6, it was Pence’s role to preside over the vote certification, and he affirmed Biden’s 306-232 Electoral College victory.

In the memo, Ellis reportedly listed a clear strategy for Pence to contest the results, which would have involved the vice president on January 6 sending back the electoral votes of six competitive states that Trump baselessly alleged to have won.

The plan outlines that Pence would then issue a deadline of “7pm eastern standard time on January 15th” for states to return an updated vote total, according to Karl.

According to Ellis’s plan, if any state legislature failed to provide vote totals by the deadline, then electoral votes would not be “open and counted” from that particular state.

On January 1, a day after the Ellis memo was sent, Trump aide John McEntee reportedly relayed another memo to Marc Short, who at the time was Pence’s chief of staff,” entitled: “Jefferson used his position as VP to win.”

While the historical information in McEntee’s memo was inaccurate, the message stressed that Pence needed to fully utilize the levers of power granted by virtue of his position.

Throughout the first week of January, Pence was publicly pressured by Trump to overturn the election results, with the backdrop of the Georgia Senate runoff elections determining the fate of the party in the upper chamber.

“I hope Mike Pence comes through for us,” the then-president said at a Georgia rally in support of then-GOP Sens. David Perdue and Kelly Loeffler, who both lost in the runoffs. “I have to tell you I hope that our great vice president comes through for us. He’s a great guy. Of course, if he doesn’t come through, I won’t like him quite as much.”

After the Republican losses in Georgia, control of the Senate flipped to the Democratic Party.

On the morning of January 6, at the raucous Washington, DC, rally that led to the deadly insurrection at the Capitol just hours later, Trump kept up the pressure campaign on his vice president.

“If Mike Pence does the right thing, we win the election,” he said at the time. “Mike Pence is going to have to come through for us, and if he doesn’t, that will be a sad day for our country.”

During an interview with Karl, Trump said that Pence erred in certifying Biden’s electoral victory.

“He could have — well, the people were very angry,” Trump said. “If you know a vote is fraudulent, right, how can you pass on a fraudulent vote to Congress? How can you do that?”

Trump said that he was unsure if he could ever overlook Pence dismissing his wishes.