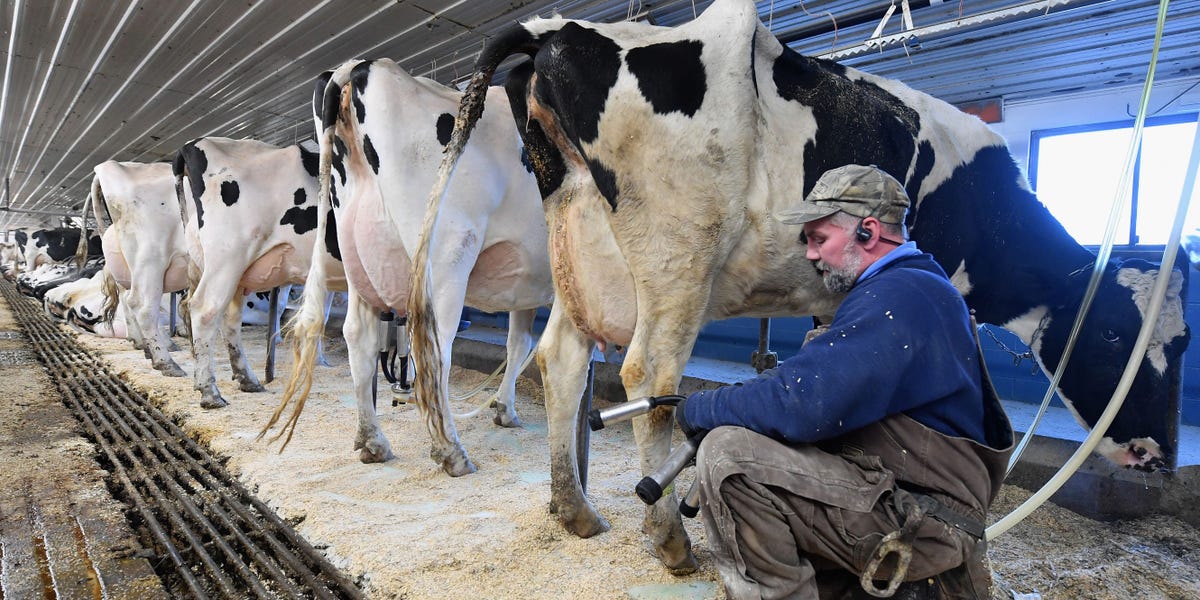 The shipping and supply chain crisis is not just hitting importers of consumer products. American farmers trying to get their goods overseas before the perishables go bad are getting hit, too.

“Exports are a huge issue for the US right now,” Jason Parker, the head of global trucking and intermodal at logistics firm Flexport, told The New York Times. “Getting exports out of the country is actually harder than getting imports into the country,” he said.

That’s as ships transporting goods to the US are skipping smaller ports or sailing off with empty containers after making it through massive port congestion to unload, so that they can get back to Asia to load up on goods again.

It costs more to transport goods from Asia to the US than vice versa, so shipping companies that are already backed up are forgoing American exports. According to shipping consultancy firm Drewy, it costs at least seven times more to ship from Shanghai to Los Angeles than the other way round.

American farms are paying the price

The American farm industry exports more than one-fifth of its produce, according to the US Department of Agriculture, and US farm exports have hit record values this year amid a global recovery and a boost from a US-China trade deal. But the ongoing shipping crisis means that a lot of farm goods are not leaving US shores in time, cutting into profits, particularly as inflation drives up input costs from fertilizers to labor.

An informal survey by the Agriculture Transportation Coalition — which represents exporters — found about 22% of agriculture exports were being lost due to transportation issues.

The National Milk Producers Federation, meanwhile, estimates shipping disruptions have cost dairy exporters almost $1 billion in the first seven months of this year alone. According to the federation, 72% of containers leaving major California ports are empty — a record volume.

Leprino Foods told The Times it’s holding its cheese in refrigerated containers, chalking up an extra $25 million in fees this year.

Agricultural exporters are resorting to rerouting their shipments to other ports further away or using air freight just to get their goods out, even if they cost more.

Some exporters in California have sent nuts to ports in Texas and Maryland, said Roger Isom, president and CEO of the California Cotton Ginners and Growers Association and the Western Agricultural Processors Association, per the Associated Press. Cotton exporters have also used air freight to send cotton to Peru, he said.

Isom told the AP the exporters are losing money on such sales, but they have to do it or risk losing customers.

“This export crisis may well result in irreparable harm to American agriculture as customers around the world are questioning the US dairy industry’s reliability as a supplier,” said Mike Durkin, President and CEO of Leprino Foods, at a US House Agriculture Committee hearing November 3.

Brad Anderson, the chief executive of California Dairies, told The Times some of his customers are starting to look to suppliers in other countries, even though American dairy has a good reputation.

“Frankly none of that matters to the customer if we can’t get it there,” Anderson told The Times.