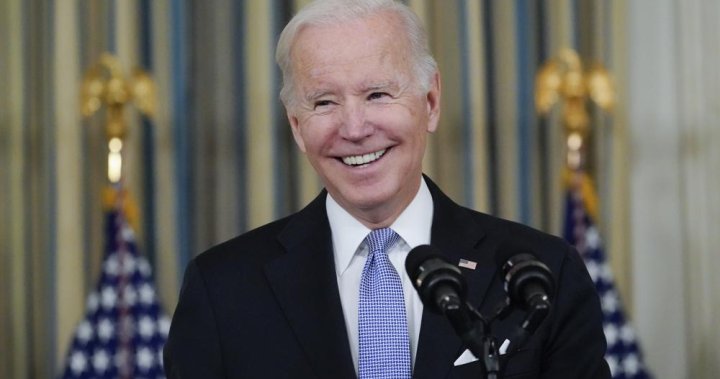 In need of a political boost, U.S. President Joe Biden will sign a $1 trillion infrastructure bill on Monday at a ceremony expected to draw Democrats and some Republicans who were instrumental in getting the legislation passed.

The measure is expected to create jobs across the country by dispersing billions of dollars to state and local governments to fix crumbling bridges and roads, and expanding broadband internet access to millions of Americans.

The White House said on Sunday that Biden named former New Orleans Mayor Mitch Landrieu to supervise the implementation of the infrastructure effort.

The ceremony, scheduled to be held on the White House South Lawn to accommodate a big crowd, represents an increasingly rare case where members of both parties are willing to stand together and celebrate a bipartisan achievement.

The bill had become a partisan lightning rod, with Republicans complaining that Democrats who control the House of Representatives delayed its passage to ensure party support for Biden’s $1.75 trillion social policy and climate change legislation, which Republicans reject.

The 13 House Republicans who broke ranks with their party to support the measure have been targeted by former President Donald Trump and some of their own colleagues.

Senate Republican leader Mitch McConnell, who voted in favor of the bill, told Louisville, Kentucky’s WHAS radio last week that he was not attending the signing ceremony because he has “other things I’ve got to do.”

The phrase “infrastructure week” became a Washington punch line during Trump’s four years in the White House, when plans to focus on investments in America’s roads, railways and other transportation were repeatedly derailed.

Now it is Biden who needs some positive momentum as he struggles to address rising inflation and high gasoline prices that have contributed to a drop in his job approval ratings. The Democratic president and his party are eager to show they can move forward on his agenda ahead of the November 2022 midterm elections when Republicans will seek to regain control of both chambers of Congress.

U.S. consumer prices last week posted their biggest annual gain in 31 years, driven by surges in the cost of gasoline and other goods. Republicans have pounced on inflation worries, arguing that the increase reflects Biden’s sweeping spending agenda.

Biden’s economic advisers defended his policies on Sunday, saying rising inflation was a global issue related to the COVID-19 pandemic, not a result of the administration’s programs.

“There’s no doubt inflation is high right now. It’s affecting Americans’ pocketbooks. It’s affecting their outlook,” Brian Deese, director of the White House National Economic Council, said on NBC’s “Meet the Press.” “But it’s important that we put this in context. When the president took office, we were facing an all-out economic crisis.”

Treasury Secretary Janet Yellen and Deese said in separate television appearances that they expect the infrastructure legislation, as well as the $1.75 trillion “Build Back Better” bill, to help bring down inflation.

Deese said he was confident that House Speaker Nancy Pelosi would bring the bill to a vote this week. That will only be a first step, however, as the Senate has not yet taken up the legislation, and Democratic divisions could threaten its chances in that chamber.