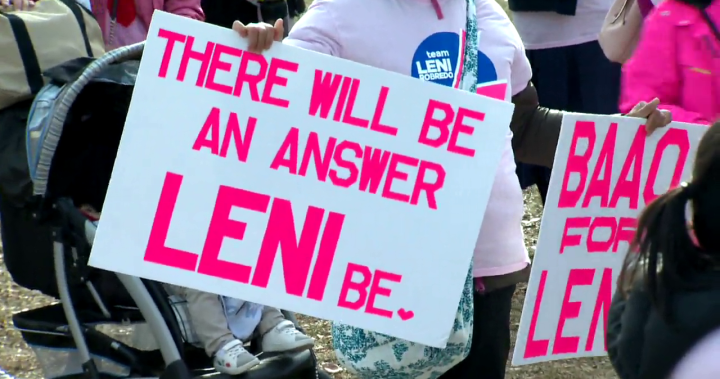 Hundreds of Filipino Canadians converged in Bowness Park on Sunday to show their support for a Philippine presidential candidate with a Calgary connection.

Holding signs and waving Canadian and Philippine flags, people called for change in the small island nation and advocated for Philippine Vice-President Leni Robredo to become the next president.

Robredo is running against Ferdinand Marcos Jr. — the son of a former dictator — and retired boxer Manny Pacquiao, among others.

Antonio Gerona, Robredo’s brother who lives in Calgary, was moved to see so many Filipinos supporting his sister.

“The Filipinos here in Calgary expressed their support for Leni Robredo,” Gerona said.

“There are a lot of Filipinos here in Calgary, so right now, I am a bit surprised that almost more than 200 cars joined this caravan.”

Rally attendees were critical of current Philippine President Rodrigo Duterte, who they claim has been negligent in his handling of the COVID-19 pandemic and accused him of human rights abuses.

“What we perceive in the present government is not doing much good for the Filipinos,” Gerona said.

“Based on the performance of my sister, she helped a lot of Filipinos.”

Organizers said Sunday’s event was a part of a simultaneous Canada-wide caravan in Winnipeg, Vancouver and Toronto.

The election in the Phillippines is scheduled for May 9, 2022.