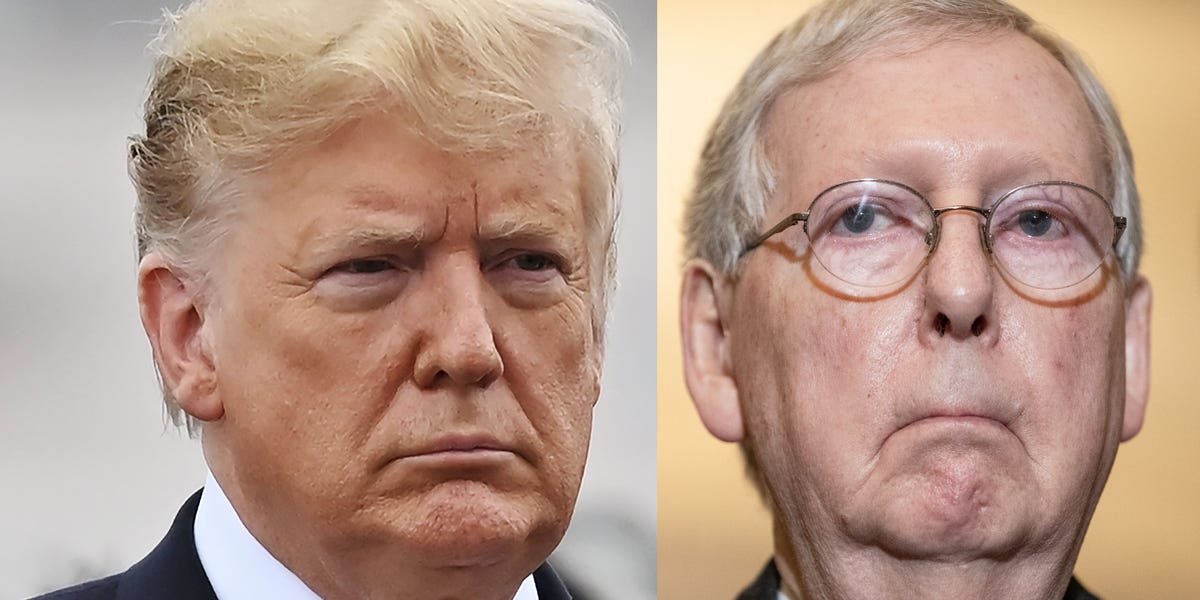 Senate Minority Leader Mitch McConnell is doubling down on his support for the infrastructure bill despite criticism from former President Donald Trump.

Speaking to The Washington Post on November 16, McConnell reiterated his support for the $1.2 trillion bipartisan infrastructure bill, saying he was “proud” of his vote.

“I watched each of the two previous administrations struggle with the issue of how to meet the infrastructure needs of the country,” McConnell said. “I joined 18 other Senate Republicans feeling like now is the time to address it.”

McConnell added that from a “Kentucky point of view,” the infrastructure bill was “extremely good” for the state. This echoed a statement he made last week, where he called the bill “a godsend for Kentucky.”

“I’m proud of my vote, and members are obviously free to choose how they wanted to vote. And in the Senate, 19 Senate Republicans felt it was the right thing to do for the country,” McConnell said.

On November 5, 13 House Republicans voted with Democrats to pass the bill. The bill passed in the Senate in August with support from 19 Republicans, including McConnell.

Trump has not taken kindly to the GOP’s support of the infrastructure bill. He slammed McConnell and the Republicans who backed the bill in a statement, calling them “RINOs” and saying they should be “ashamed of themselves” for voting for “Democrat longevity.”

Over the last week, Trump has continued to hit out at McConnell in particular, calling him an “old crow.” The former president accused McConnell of “jeopardizing” the 18 other Republican senators’ chances of winning re-election. Trump further mocked McConnell in a November 13 statement in which he suggested the Kentucky senator should go to the infrastructure bill signing and “put up with the scorn from Great Republican Patriots that are already lambasting him.”

McConnell has not publicly responded to Trump’s criticism on his vote for the infrastructure bill.