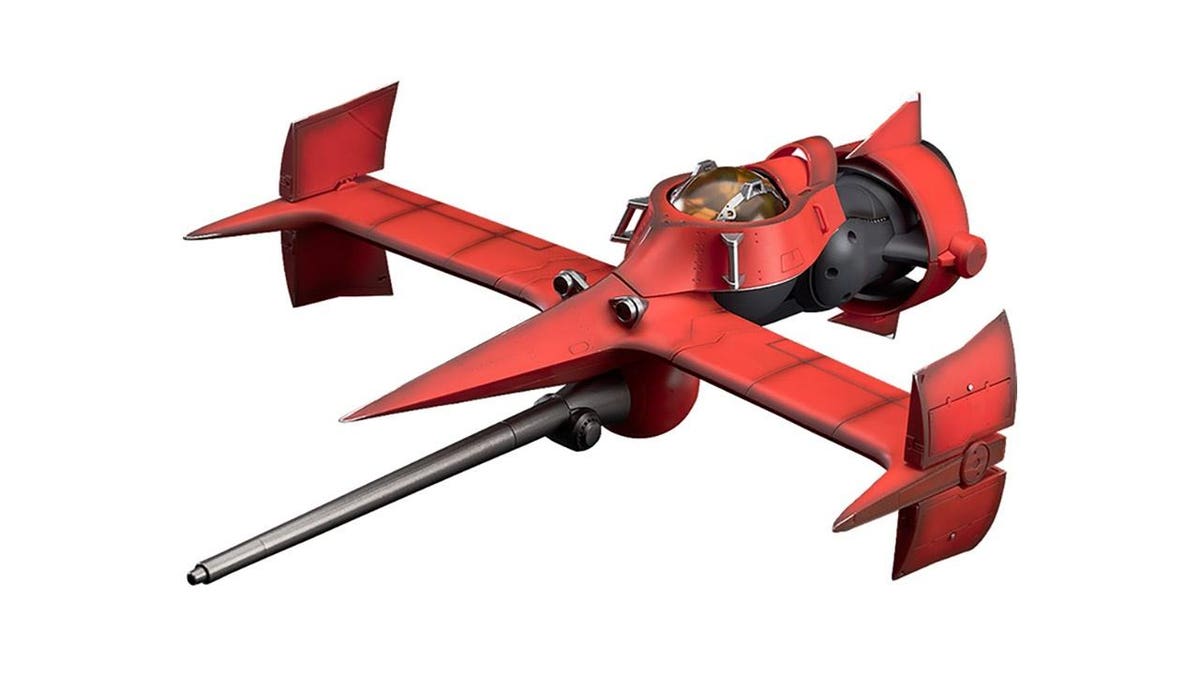 If you missed picking up the amazing 1/48 scale toy of the Swordfish II from Cowboy Bebop back in 2019, then it looks like you will have another chance.

To date, there have been two main toy releases of the Swordfish II from Cowboy Bebop. The first was the Soul of Popynica release from Bandai and the second was the more recent 1/48 scale toy from Good Smile Company.

I’ve reviewed both and while I love the dinkier Soul of Popynica version, the Good Smile Company toy is just entirely epic.

This is for a few reasons, such as the fact that it’s massive and that it has a lot more gimmicks available. Its creation was also supervised by the original mecha designer for Cowboy Bebop, Kimitoshi Yamane.

The result is a toy that is incredible faithful to the design from the original anime in terms of its sculpt and detailing, but also offers a lot of cool gimmicks that smaller versions of the ship couldn’t recreate.

The only real downside to all this excellence is that it comes at a price, $359.99 to be precise.

That is a lot obviously, but this is a very well-built toy and makes for a very impressive display piece, especially as it comes with a nice stand.

Pre-orders for this re-released Swordfish II toy started on November 15 and end on January 5, with the plan for it to ship in February.

So if you missed out the first time around on picking one of these beauties up, then don’t miss your chance with this re-release.