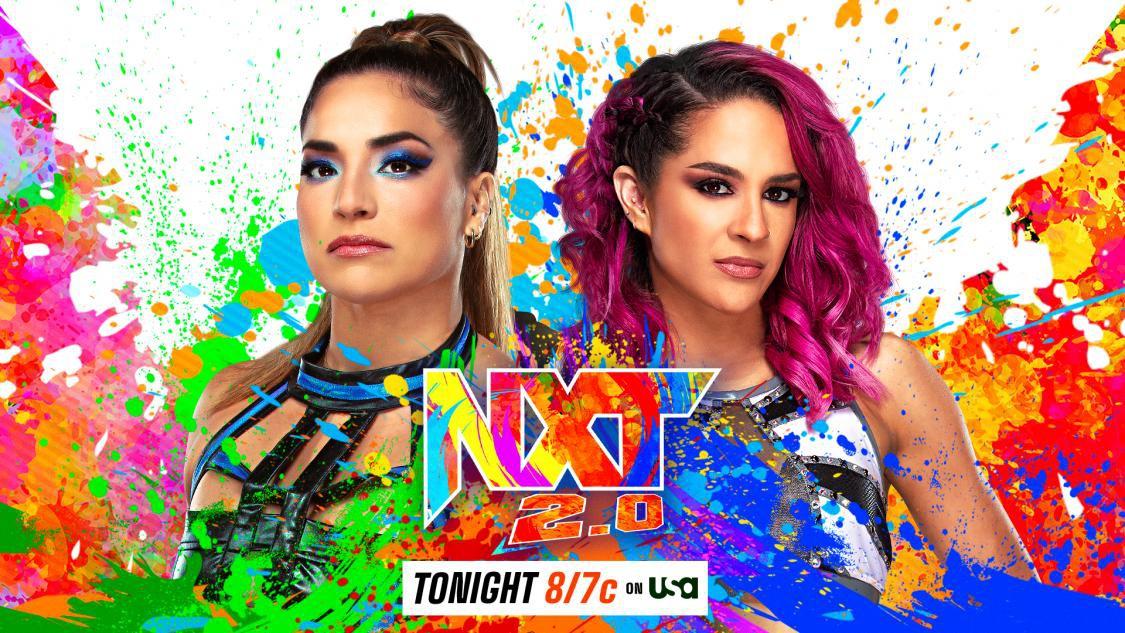 WWE NXT advertised Dakota Kai vs. Raquel Gonzalez, Odyssey Jones and Jacket Time vs. The Diamond Mine, Tony D’Angelo vs. Dexter Lumis and a Poker Showdown between Cameron Grimes and Duke Hudson.

Tony D’Angelo beat Dexter Lumis after using a thumb to the eye. It’s getting to the point where he can no longer be referred to as a comedy character. Tony D’Angelo is doing his damn thing.

I thought Johnny Gargano and Pete Dunne were going to challenge Carmelo Hayes and Trick Williams to a tag team match, but instead, they challenged Hayes to a Triple Threat Match and left poor Trick Williams out of the action altogether.

Odyssey Jones and Jacket Time def. The Diamond Mine

Odyssey Jones and Jacket Time got a 50/50 win over the Diamond Mine and it was called an upset victory. That’s not an upset, it’s par for the course in WWE.

vAndre Chase continues to wrestle in his sweatshirt, which is always an indiction he’s set for a loss, especially against a talent being pushed as hard as Xyon Quinn.

Santos Escobar was back, but if I didn’t know better, I’d think Elektra Lopez was the new leader.

Legado del Fantasma threw Quinn on the ramp and it looked brutal. Hopefully the ramp was gimmicked.

McKenzie Mitchell threw to her fiancee Vic Joseph following a backstage segment, and he said “thanks babe.”

Duke Hudson told Cameron Grimes “I’m going to make you my b—tch,” and Beth Phoenix reacted like he said the dealer was carrying his baby.

This segment actually featured “Texas Hold’em Rules,” as if people who wanted to see wrestling weren’t on the fence enough about changing the channel.

WWE did a great job mimicking an actual Texas Hold’em tournament on ESPN, and the segment predictably ended with Grimes outsmarting Hudson only to get put through a table. What wasn’t predictable, however, was Hudson cutting Grimes’ hair and beard for no reason.

Wade Barrett compared Brooks Jensen and Josh Briggs to APA in case you wanted to know what they were going for.

It’s fair to question whether or not I’m wasting my time by watching this match given the fact that Von Wagner seemed all but called up to SmackDown this past Friday.

Lashing Out with Lash Legend

Grayson Waller may or may not become a huge heel to the smart marks left watching this product as he took shots at the five-star system and indy wrestling. Instead, he said being a WWE Superstar is about Twitter likes. For those who thinks Vince McMahon actually believes that being a star is only about Twitter likes, they need to remember that Waller is doing this as a heel.

Persia Pirotta wrestled this match by herself after Indi Hartwell left to tend to Dexter. The fact that she squashed two opponents, and might be managed by Robert Stone, is all I need to see to know she’s getting a huge push.

WWE is taking its recent history of death storylines to NXT as Bron Breakker vowed he’d win the NXT Championship or die trying.

After a spirited promo from Bron Breakker, Tommaso Ciampa essentially said “aww, how cute…” and walked off.

WWE aired a very awkward and ill-timed pre-tape promo about how much Kacy Catanzaro and Kayden Carter love music festivals.

Dakota Kai works better with Raquel Gonzalez better than anybody save for Rhea Ripley.

This match featured more of those pesky dueling chants for Dakota Kai and Raquel Gonzalez.

This match was centered around a shovel, but if you know anything about how highly WWE officials think of Raquel Gonzalez, you’d know there’s just no burying Gonzalez right now.

After the match, Zoey Stark limped her way to the ring, and Wade Barrett hilariously remarked “what are you gonna do with that peg leg?”

It’s definitely a new era when Io Shirai, not William Regal, is the one announcing “War Games!”