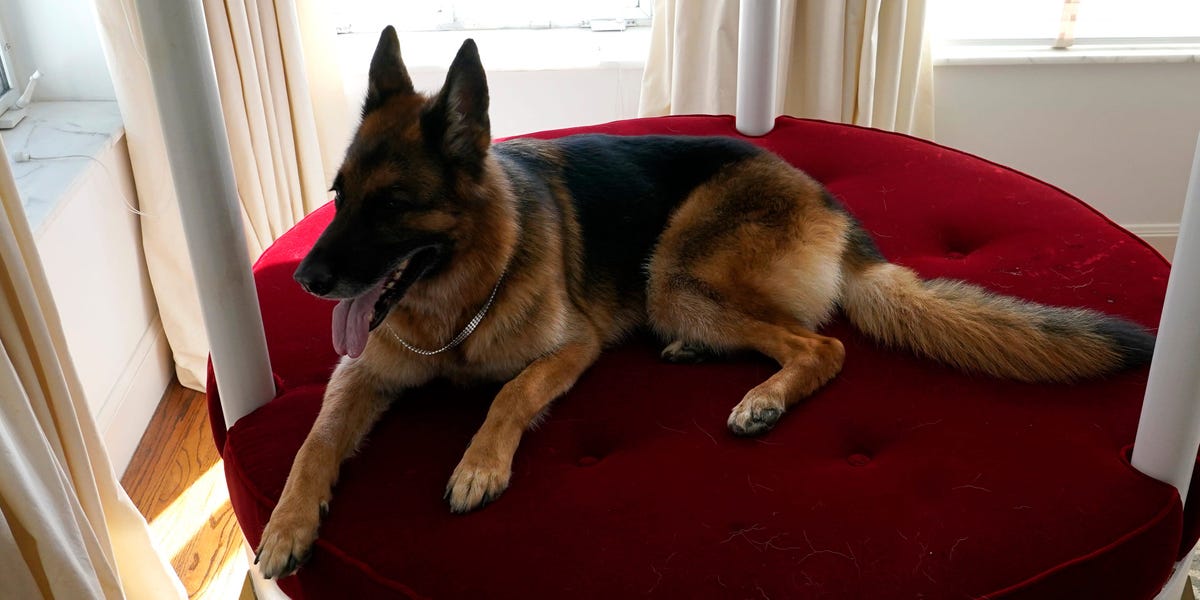 The 1.2-acre waterfront property went on sale on Wednesday with an asking price of $31.75 million — a huge jump from when Madonna sold the villa to Gunther’s trust in 2000 for $7.5 million, according to Miami’s property appraiser.

The dog’s wealth can be traced back to his ancestor, Gunter III, according to handlers who manage the estate, per AP. Gunther III inherited millions of dollars from his owner, German countess Karlotta Liebenstein, who died in 1992, per AP.

Since then, the dog’s bloodline has been looked after by handlers, AP reported.

Gunther VI’s trust is worth almost $500 million, per AP.

The listing on the real estate agent’s website says that the dog’s mansion overlooks Biscayne Bay and has nine bedrooms, eight and a half bathrooms, and a swimming pool. The property is one of six waterfront homes and is minutes away from Miami Beach, per the listing.

“He lives in Madonna’s former master bedroom,” Ruthie Assouline, the real estate agent who is managing the sale of the property along with her husband, Ethan Assouline, told AP.

Carla Riccitelli, one of Gunther’s caretakers, told AP that she’s part of a board that oversees the trust. The board makes decisions about when to buy and sell real estate in the trust, per AP.

The German shepherd, whose main home is in Tuscany, joins in with the real estate agents’ meetings, travels on private jets, and has meals cooked by a chef, Riccitelli told AP.