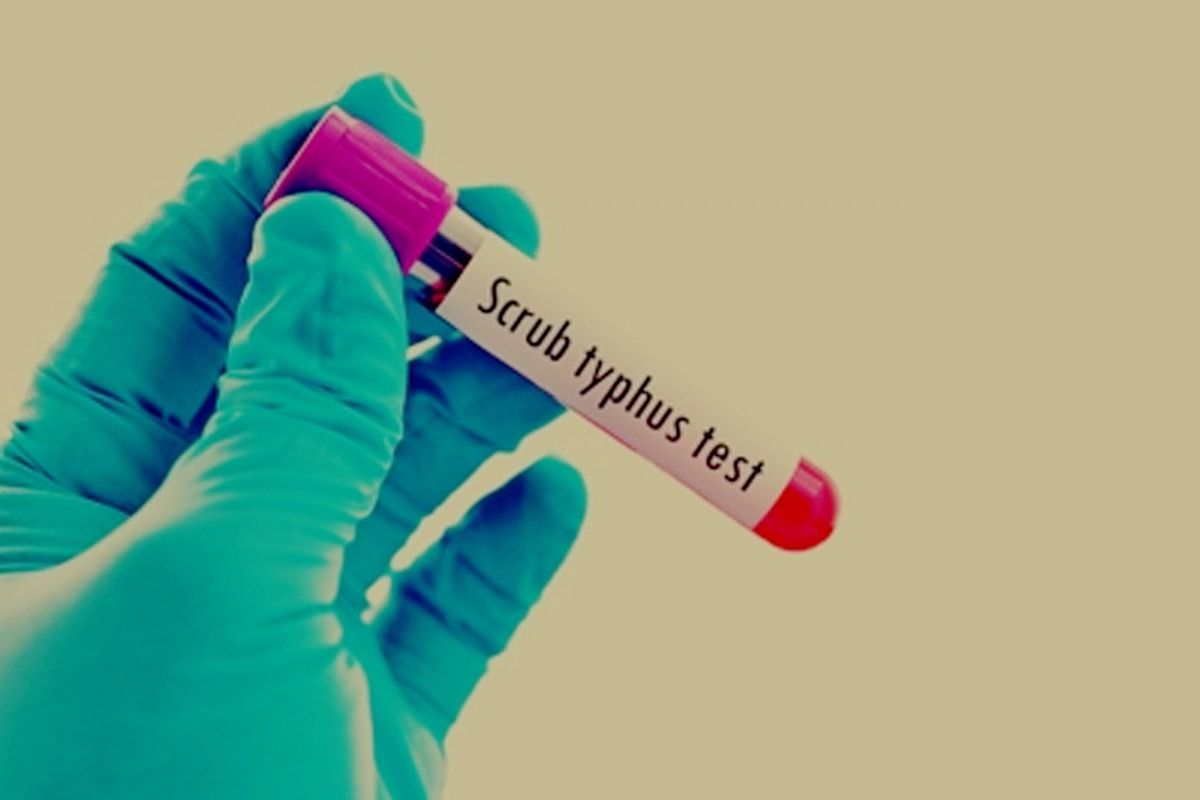 What is Scrub Typhus: Scrub typhus, often known as bush typhus, is a bacterial infection caused by the Orientia tsutsugamushi bacteria. Scrub typhus is transmitted to humans via infected chigger bites (larval mites). Body ache, fever, rash, and headache are the most typical symptoms of scrub typhus. According to a top surgeon in Mumbai, further symptoms include a “dark, scab-like patch at the site of the chigger bite,” mental changes ranging from bewilderment to coma, and enlarged lymph nodes. “People with serious illnesses are at risk of developing organ failure and bleeding, both of which can be fatal if not addressed,” the doctor continues.Also Read – Uttar Pradesh: Scrub Typhus Cases Found in Unnao District

Without treatment, scrub typhus can linger for 14 to 21 days. Congestive heart failure, circulatory collapse, interstitial pneumonia and a wide range of signs and symptoms of central nervous system dysfunction, including confusion and seizures can all complicate severe infections. These problems can lead to death, which usually happens late in the second week of the disease. See your healthcare professional if you pick the symptoms listed above. Also Read – UP’s Unnao District Reports First Zika Virus Case

Case of Scrub Typhus in UP:

After the Zika virus, a case of scrub typhus has been found in the Hasanganj area of Uttar Pradesh’s Unnao district. The Integrated Disease Surveillance Programme’s (IDSP) nodal officer, Dr VK Gupta confirmed the scrub typhus case and said that the patient is undergoing treatment at a hospital in Lucknow. “A health department team visited the pocket from where the patient hails on Wednesday. Distribution of medicines, besides fogging exercise, will be conducted there on Thursday.” Also Read – Lucknow: Authorities to Set up Containment Zones of 400 Metres For Zika Virus Patients | Read Details

The patient, a resident of Gazaffar Nagar of Hasanganj, complained of fever followed by headache since the past few days. The family members admitted him to a hospital in Lucknow, where the doctors, after intensive examination, confirmed him to be a case of scrub typhus.

Chief Medical Officer Dr Satya Prakash told reporters that a team from Hasanganj CHC has been sent to the village. Gupta said that scrub typhus is a vector-borne disease and “affects the central nervous system, cardiovascular system, kidneys, respiratory and gastrointestinal systems. In several cases, the patient may even die due to multi-organ failure”.

He said that scrub typhus, also known as bush typhus, is caused by the bacteria called Orientia tsutsugamushi, commonly reported from rural pockets. “Scrub typhus spread to people through bites of infected chiggers (larval mites). The most common symptoms of scrub typhus include fever, headache, body aches, and sometimes rashes.”

No vaccine is yet available to prevent Scrub Typhus. It can be cured by antibiotics if given soon after symptoms begin.

Antibiotics are most effective if given soon after symptoms begin, says the doctor. “Scrub typhus should be treated with the antibiotic doxycycline. Doxycycline can be used in persons of any age. People who are treated early with doxycycline usually recover quickly.”

(With inputs from IANS)