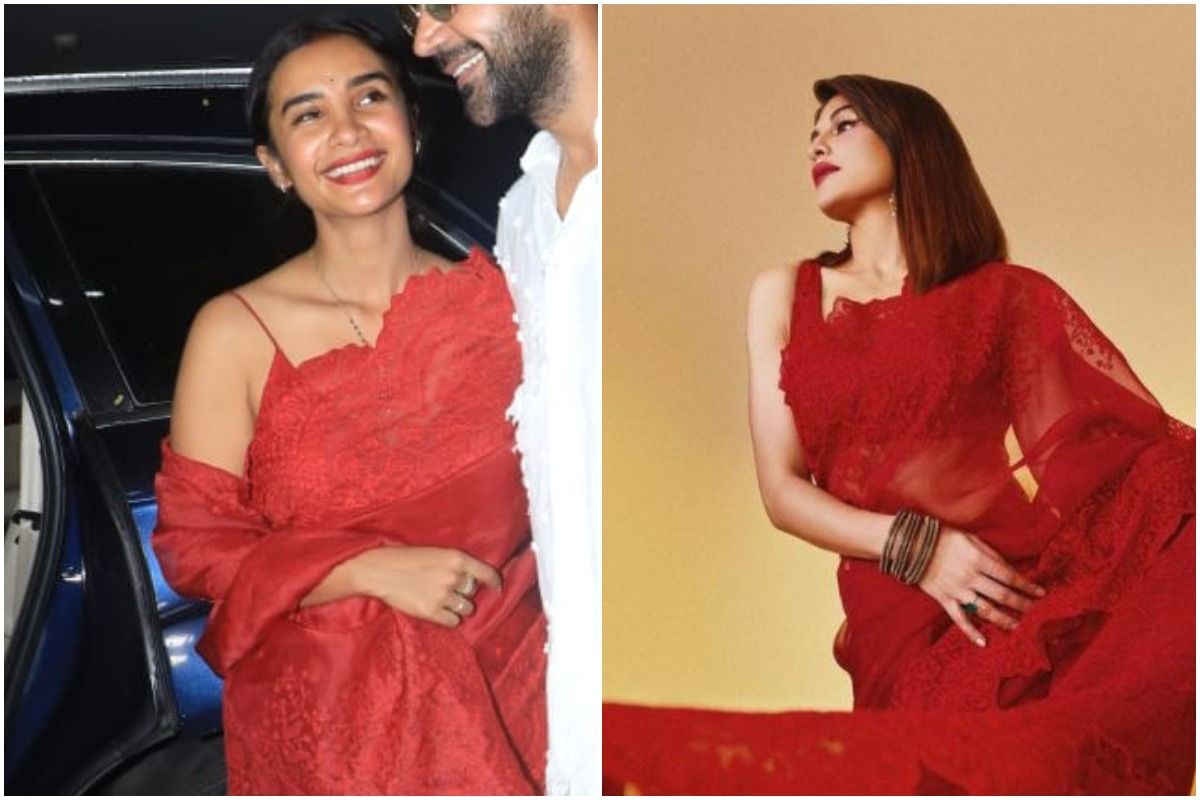 Mumbai: Recently, newly married couple Patralekhaa and Rajkummar Rao were spotted at the Mumbai airport and were photographed in Indian attire. The lovebirds got married on November 15, 2021 in an intimate ceremony in Chandigarh. Several clips and photos of the two were on social media and what caught our attention was Patralekhaa’s gorgeous red organza silk saree that she wore for the airport look.Also Read – New ‘Bhabhiji’ in Town! Paps Greet Patralekhaa When She Arrives With Rajkummar Rao at Mumbai Airport- Watch

Designed by Torani, Patralekhaa’s ruby red silk organza saree has machine and hand embroidery and it comes with a price tag of Rs 54,500. But don’t you think you have seen this saree before on some other celebrity? Well, yes there is a fashion face-off between Patralekhaa and Jacqueline Fernandez. Bollywood is synonymous with edgy fashion, quirky styles and dynamic trends. Behind every celebrity, it is the stylist who use techniques and grace them. Also Read – Anubhav Sinha Shares a Cute Bollywood Moment From Rajkummar Rao-Patralekhaa’s wedding

While Patralekhaa was spotted in this red Torani saree on Wednesday, Jacqueline wore the same saree a few months back on one of the promotions of Bhoot Police. She was styled by Chandini Whabi, who too shared the actor’s picture in the saree. It features intricate hand and machine embroidery and cut-outs on the borders and the pallu. The sheer look of the six yards added feminine elegance. Jacqueline wore the six yards with a sleeveless thread embroidered blouse with a cropped hemline in the same ruby-red shade. She also wore stacked bangles, drop earrings and an emerald ring with the ensemble. Also Read – Patralekhaa Wears a Sabyasachi Saree at Her Wedding: Bollywood Brides Who Chose Saree Over Lehengas

Who styled it better? Let us know in the comments below!