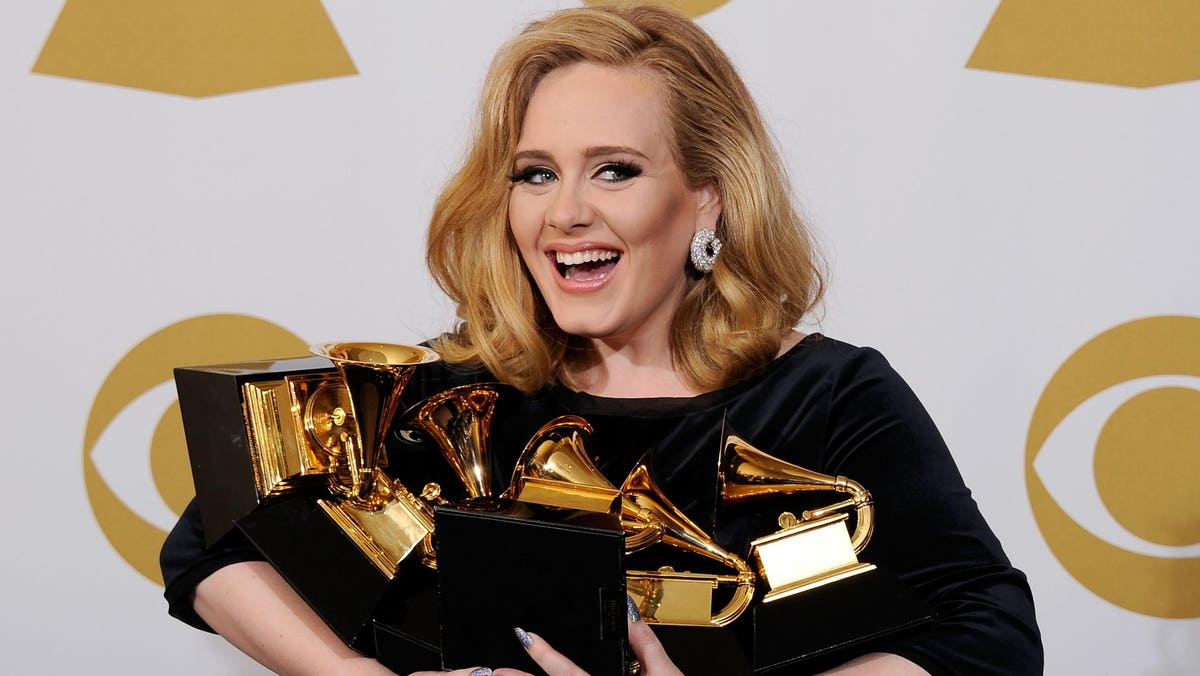 Within hours of its release Friday, Adele’s highly anticipated album 30 rocketed to the top of the iTunes chart, overtaking Taylor Swift newly-released re-recorded album, Red (Taylor’s Version) and setting the stage for another blockbuster hit for the British singer after lead single ‘Easy On Me’ smashed streaming records and topped the charts worldwide.

Adele’s new album features 12 tracks, including ‘I Drink Wine’, ‘To Be Loved’ and ‘Easy On Me,’ while some lyric videos for individual songs have already garnered hundreds of thousands of views hours after going live on YouTube.

‘Easy On Me’ broke Spotify’s record for single-day streams when it was released in mid October, grabbing 24 million clicks and topping charts around the world.

The sweeping success of ‘Easy On Me’ and Adele’s previous albums puts 30 on track to be another blockbuster hit. The singer’s previous album, 25, sold a record-breaking 3.38 million copies in the U.S. in its first week and its lead single ‘Hello’ also smashed sales records. Adele’s previous album, 21, spent 24 consecutive weeks at the top of the Billboard 200 and sold 11.2 million copies in the U.S. The album addresses Adele’s divorce from Simon Konecki in 2019. Before the album dropped, the singer opened up about her experiences of being a single parent, postpartum depression and the divorce.

What the world is waiting for — Adele meets Queenie author Candice Carty-Williams to talk music, motherhood, dogs, divorce (babe, divorce) – and her record-breaking comeback. (The Face)