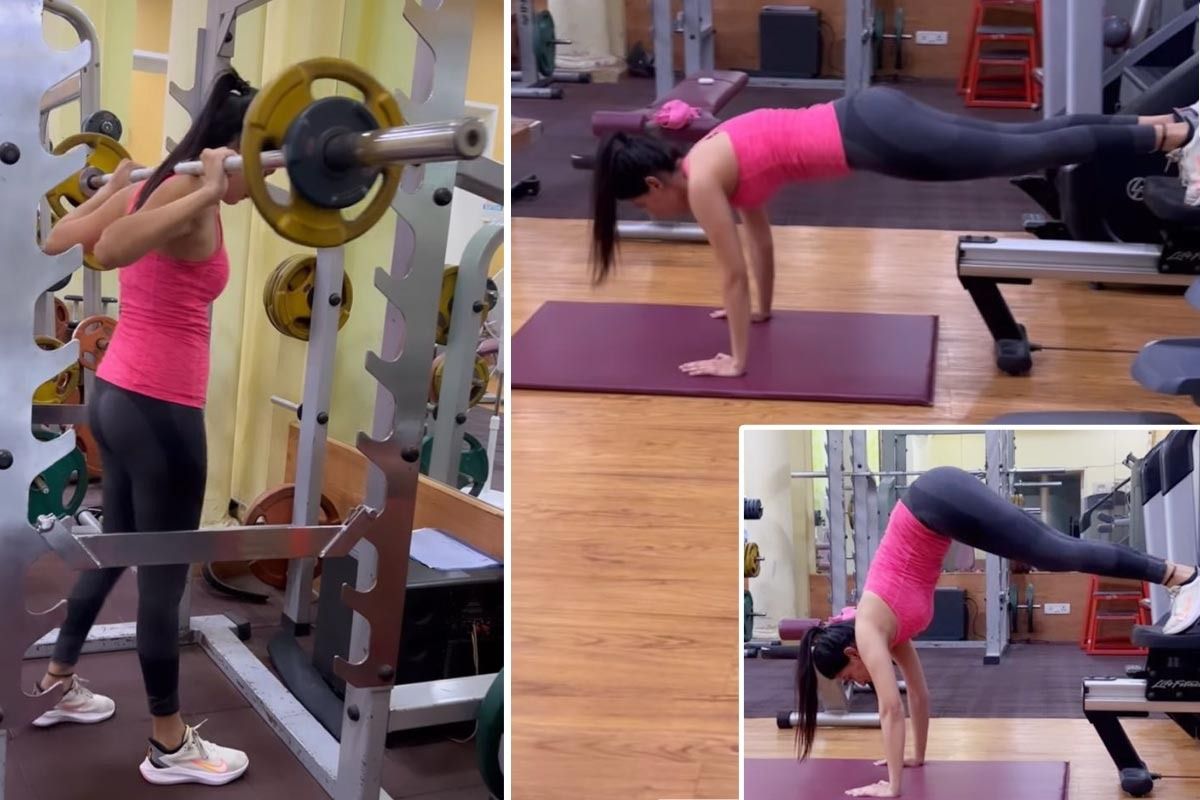 Mumbai: Amyra Dastur’s Instagram account is proof of her fitness regimen. She keeps her admirers motivated by sharing snippets from her gym workouts on social media. Many of them are encouraged to pick up the dumbbells and work on their bodies by her unwavering commitment to her gym routine. On Thursday, the 27-year-old actor took to social media and shared a video in which she can be seen sweating profusely. The actor is a firm believer in high-intensity workouts, and it shows in her appearance.Also Read – B-Town Celebrities’ Work Mode On| Spotted on March 8- Kangana Ranaut, Anil Kapoor & More

The popular actor can be seen dressed in a pink tank top and black sweatpants doing various fitness exercises. In one of the videos, the actress can be seen continuously lifting weights and doing sit-ups. This kind of workout promises better balance and stability, flexibility and builds muscle mass. She does a sliding plank up in the second part, emphasising the need for core strength in everyday life. She can be seen moving her legs to make an L with her body and then repeating the procedure. Also Read – Tandav Controversy: Netizens Trend #BoycottTandav #BoycottBollywood For Allegedly Mocking Hindu Gods

Amyra certainly knows how to stay in shape while juggling job and personal obligations, watch:

Also Read – Tandav Releases On February 15: Here’s All You Need To Know About Its Characters

This isn’t the first time Amyra has used Instagram to express her fitness credo. She previously posted a video of herself exercising weights to improve her physical strength. Weightlifting not only gives you confidence and strength but also helps you lose weight quickly. This is a routine in which you should engage.

Amyra Dastur is most known for her performance in the web series The Trip 2 as a fugitive bride. She’s also appeared in films including Judgemental Hai Kya, Made In India, Kung Fu Yoga, and Kaalakaandi. She also appeared in the political web series Tandav, which starred Saif Ali Khan in the lead role.