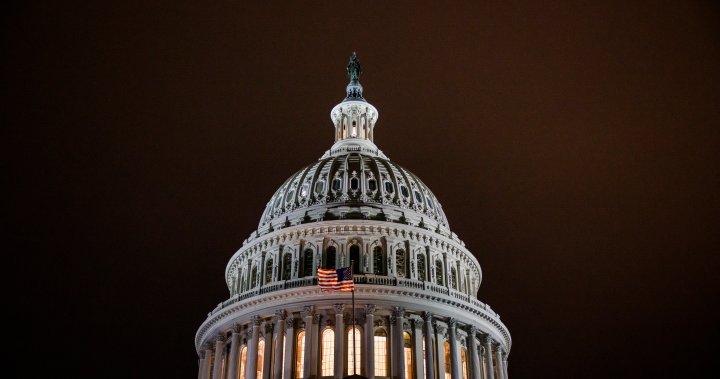 President Joe Biden‘s US$1.75 trillion bill to bolster the social safety net and fight climate change passed the U.S. House of Representatives on Friday, sending it to the Senate where negotiations will continue.

The House passed the measure in a 220-213 vote, which was postponed after an overnight speech by the chamber’s top Republican opposing the measure.

Its fate is unclear in the Senate, where centrist Democrats Joe Manchin and Kyrsten Sinema have raised concerns about its size and some of its programs. The bill has been scaled down substantially from Democrats’ initial US$3.5 trillion plan but still aims to invest millions to expand education, lower healthcare costs and tackle climate change.

The vote comes after Republican House Minority Leader Kevin McCarthy spoke for a record-setting 8-1/2 hours starting late Thursday night in remarks cataloging a list of Republican grievances – some related to the bill and some not – while at times shouting over Democrats in the House who were openly dismissive.

In a dig at McCarthy, House Speaker Nancy Pelosi began her speech supporting the bill by saying “As a courtesy to my colleagues, I will be brief.”

“Much has been said on this floor. But the facts are these: following the vision of President Biden, guided by the expertise and energy of our chairs, members and staff, we have a Build Back Better bill that is historic, transformative and larger than anything we have ever done before,” Pelosi said. “If you are a parent, a senior, a child, a worker, if you are an American, this bill’s for you, and it is better.”

It also follows the Congressional Budget Office’s estimate that the bill would raise federal budget deficits by US$367 billion over 10 years, but that additional revenues from improved Internal Revenue Service tax collections could generate a net increase in revenues of US$127 billion through 2031.

The White House estimates the IRS changes will generate US$400 billion in additional revenue and says the bill overall will reduce deficits by US$121 billion over a decade.

Several moderate Democrats said they needed the CBO’s assessment before they would vote, and several of them said they accepted the White House’s math.

The legislation follows the US$1 trillion infrastructure investment bill that Biden signed into law this week – two key pillars of the Democratic president’s domestic agenda – and a separate US$1.9 trillion COVID-19 relief package that passed in March.