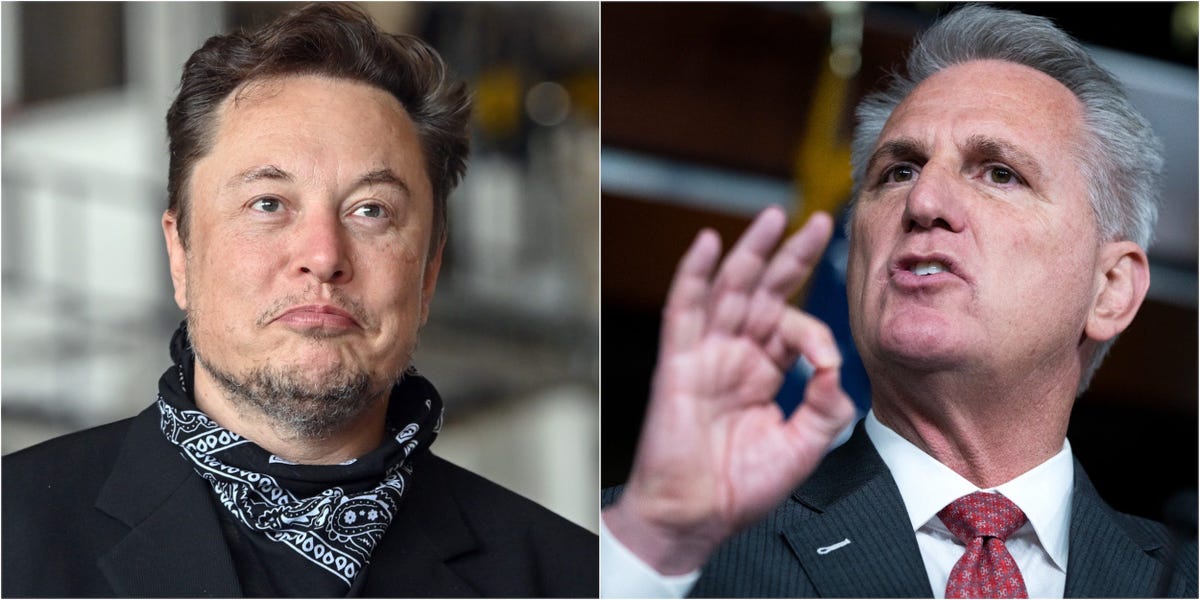 In an effort to stall and frustrate Democrats before passing their roughly $1.7 trillion social spending bill, House Republican Leader Kevin McCarthy took to the House floor Thursday night and delivered a meandering speech that drew audible jeers from opposition lawmakers in the hall.

Airing a series of grievances with his Democratic colleagues, the GOP congressman from California bounced around topics ranging from the military withdrawal from Afghanistan, Vice President Kamala Harris’ laugh, a variety of items related to China, Elon Musk, Abraham Lincoln, and the best portraits hung in his office.

While McCarthy made clear in his speech that he was going to take as long as possible to delay the vote, it does not qualify as a filibuster, which is reserved for the Senate.

Democrats loudly jeered McCarthy during the speech, with Democratic Rep. Joaquin Castro of Texas describing the speech to Insider as “unhinged.”

At one point, McCarthy bemoaned Democrats for prioritizing subsidies for electric vehicles and complained that he can’t even get to test drive a Tesla.

“I can’t even afford to test drive a Tesla, and Elon is one of my best friends,” McCarthy said.

Tesla does not demand a fee for test driving its vehicles, according to the company website.

As McCarthy’s speech continued, Democratic members began leaving the room and mocking him both in the halls of Congress and online.

“I’m just getting geared up,” McCarthy said as he entered the third hour of his speech.