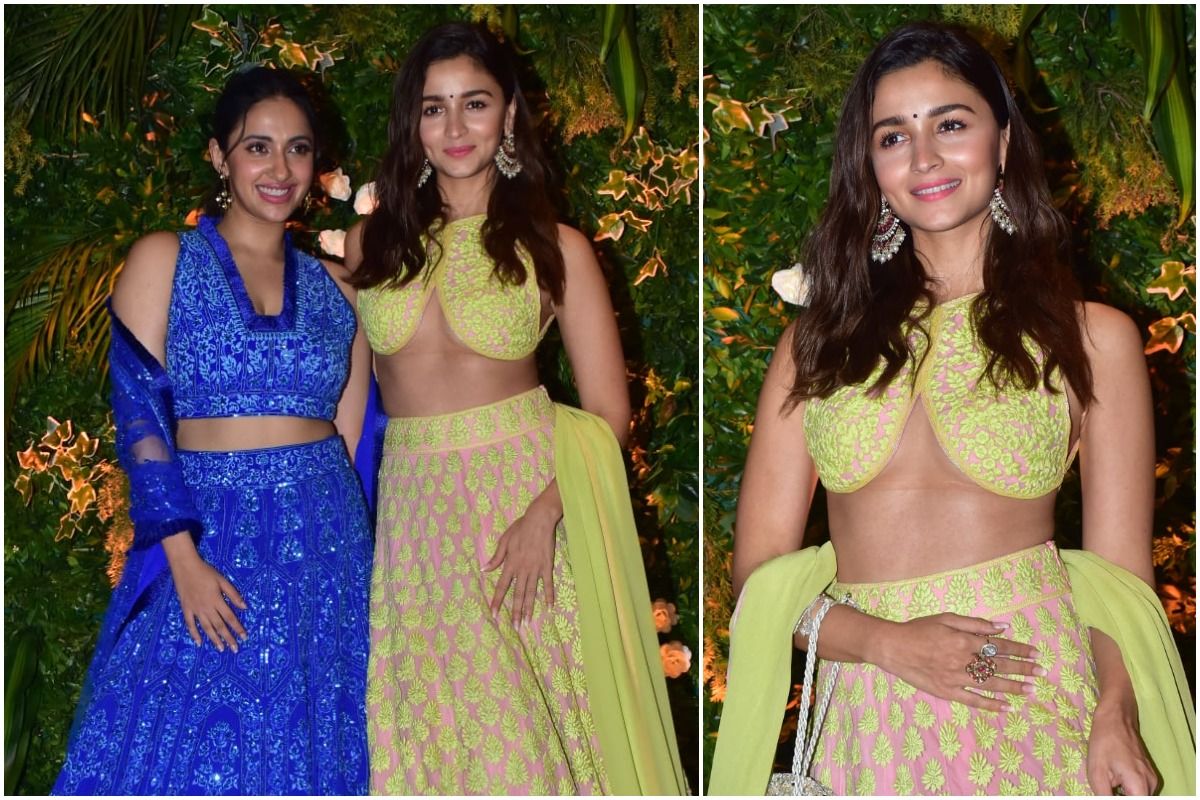 Alia Bhatt’s sexy blouse pics: Actor Alia Bhatt attended her bestie Akansha Ranjan’s sister Anushka Ranjan’s Sangeet ceremony on Saturday evening. The actor dolled up for the pre-wedding festivities for Anushka and Aditya Seal in a lovely neon lehenga (Manish Malhotra?). While she chose a unique colour to flaunt at one of the wedding functions of the couple who is set to get married on Sunday, it was the detailings of her blouse that took all the attention.Also Read – Sidharth Malhotra Dances in a Baarat, Relives ‘Raanjha’ at a Family Wedding – Watch Viral Videos

Alia wore a full Bollywood-styled outfit for Anushka-Aditya’s Sangeet ceremony. The Brahmastra star arrived with her bestie Akansha who looked stunning in a blue lehenga. Both Alia and Akansha posed for pretty pictures in front of the paparazzi. For her radiant look, Alia chose to go both traditional and stylish in that neon yellow lehenga. While the skirt had the perfect volume, the blouse had an upside-down plunging neckline (how else to describe it?) and backless detailing. It looked somewhat similar to what Alia wore during the Diwali festivities with her beau Ranbir Kapoor. Check out her pictures here: Also Read – Urfi Javed is ‘Getting Hotter Everyday,’ Say Fans as She Posts Pics in Daring Black Leather Top

Meanwhile, the bride and groom wore Manish Malhotra’s designs at the Sangeet. Anushka chose the sparkliest most Manish Malhotra lehenga while Aditya looked dapper in a black sherwani – also extremely sparkly. The couple is set to get married in an intimate wedding ceremony tomorrow. Watch this space for all the latest updates on their wedding!