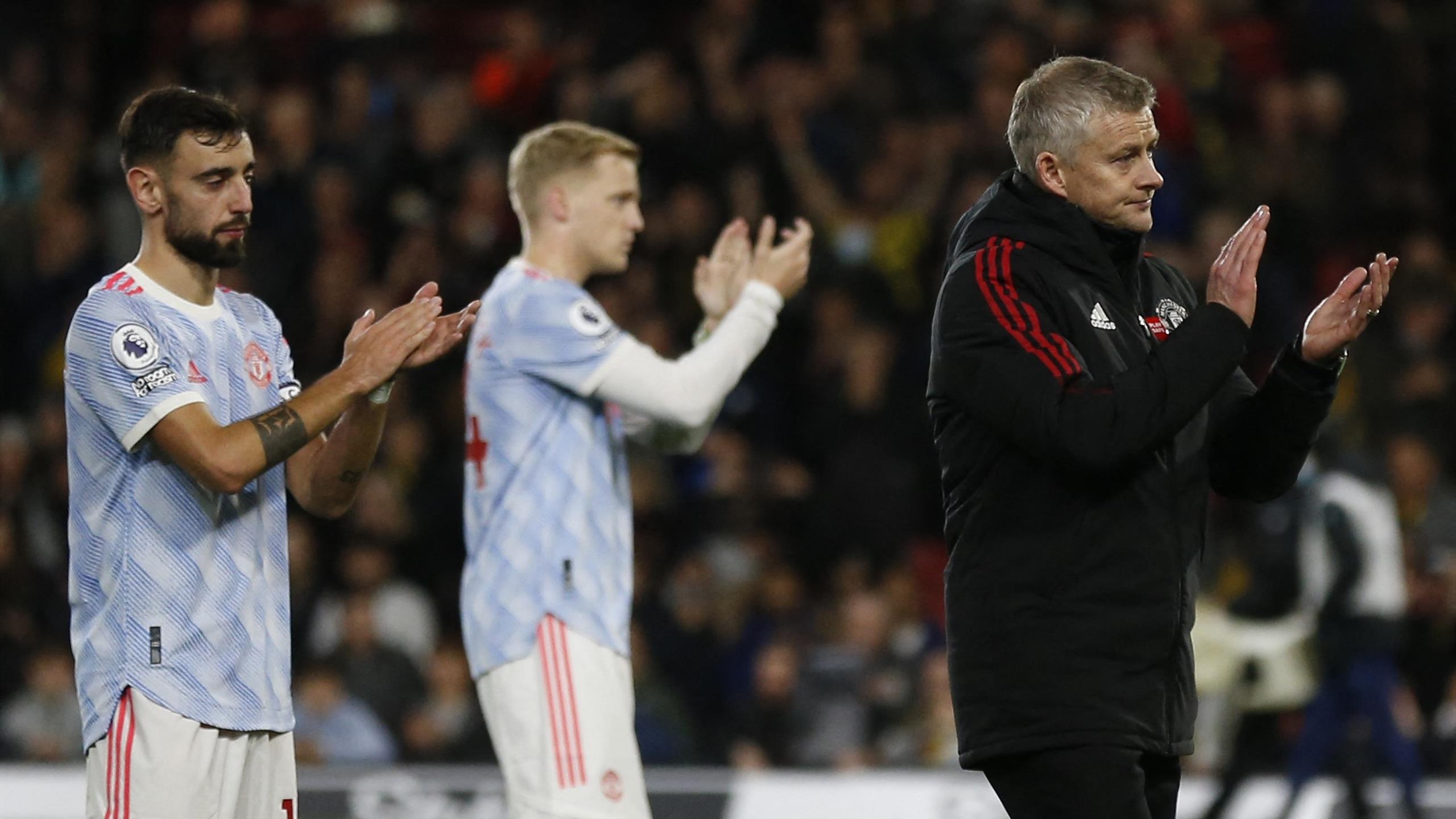 Solskjaer to be sacked

Manchester United have decided to sack Ole Gunnar Solskjaer after the 4-1 defeat to Watford on Saturday. The Glazers decided to call for an emergency meeting before the game had finished, and have decided to start negotiations over severance. The Norwegian is entitled to around £7.5 million after signing a new contract earlier this year, and The Times believes he will soon be on his way.

Paper Round’s view: Solskjaer should have been removed in the summer after a job well done, when it was already clear he did not have the tactical nous to do anything special with the players at his disposal. This is yet another wasted year from United and unless they appoint someone with real talent they will continue on this cycle of underperformance. Zinedine Zidane is the obvious candidate.

Barcelona want to sign Raheem Sterling from Manchester City, according to The Mirror, however the 26-year-old is only wanted on loan because the Spanish club can’t afford to pay up, though they are planning to sell players in order to raise funds. However, City do not want to sell the player.

Paper Round’s view: City have enough money to keep Sterling for 18 months and let him go for free then if that serves the interests of the club as they see it. However Sterling may not want to spend the next year and a half on the sidelines with the World Cup coming. He may be able to kick up a stink in order to force his way out – if not this winter, then next summer at least.

The Sun reports that new Aston Villa manager Steven Gerrard is already looking at making changes in the market. The number three slot is currently held down by 26-year-old Matt Targett but Gerrard wants a new option. One alternative mentioned is his former defender Borna Barisic at Rangers, though the club are looking at more players in order to improve the team.

Paper Round’s view: Gerrard has one win on the board now that he has overseen the victory against Brighton on Saturday, and he will want to keep that momentum going into January. That will allow him to put pressure on the club’s owners so that he can make the case that he should be given serious resources in the transfer market to allow him to rebuild Villa’s squad as he wants it.

Real Madrid are prepared to listen to offers for four of their first team squad, according to Spanish newspaper Marca. Gareth Bale, Eden Hazard, Isco and Marcelo are the players on the chopping block. Isco and Bale have barely played this season, Marcelo has lost his place, and Hazard has fallen out of favour with Vinicius Junior now holding down his place.

Paper Round’s view: Bale has offered little over the past three years and his spell with Spurs showed that he has probably lost his spark for good. The same could be said for Hazard, who has now underwhelmed for almost two whole seasons. If Real Madrid can get them off their books without having to pay them off without too much expenditure, they could do some deals in January.

Who will win Haaland race? Examining state of play for interested clubs – Inside Football

Revealed: Barca’s transfer shortlist ahead of the January window – Paper Round