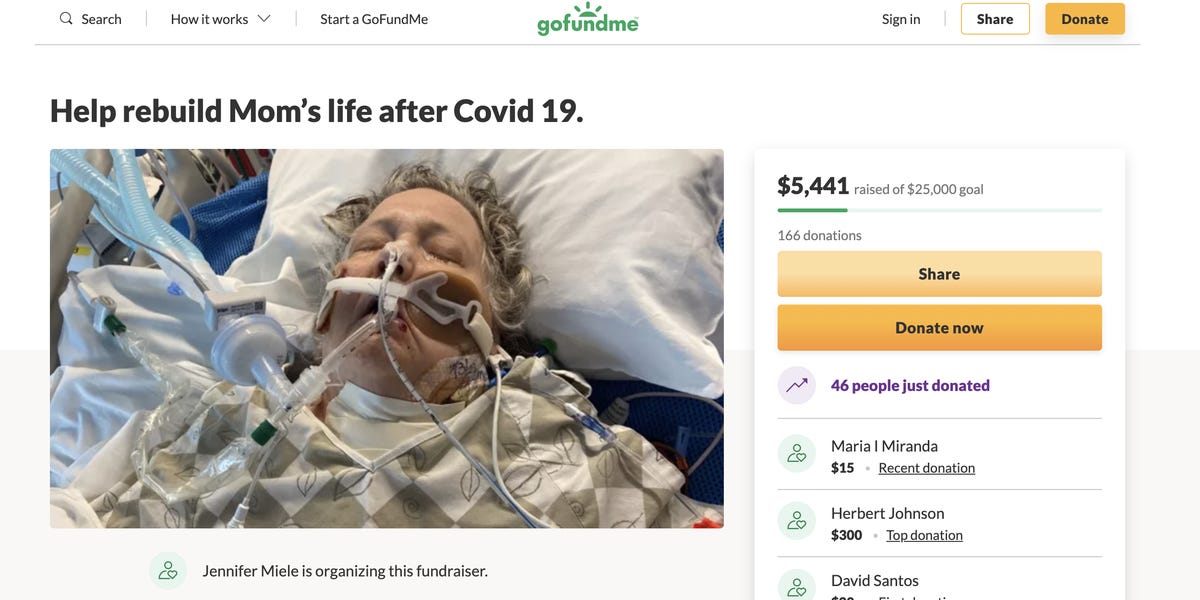 A woman who had been on a ventilator for over a month woke up from a coma just hours before her family planned to end her life support.

Bettina Lerman, 69, and unvaccinated against the coronavirus, was hooked up to a ventilator at the Maine Medical Center in Portland after she tested positive for the virus in September. Her son Andrew Lerman told the local ABC affiliate WMTW News that she had underlying health conditions, like

On October 29, family members were set to end her life support.

“They told us, ‘Your mother is never going to wake up,'” son Andrew Lerman told the Washington Post. “It was the end of the line.”

But with just hours to go before pulling the plug on Lerman’s life support, she suddenly woke up. Andrew received a call from a doctor at the hospital while he was in the middle of picking out a headstone for his mom, he told WMTW.

“He goes, ‘Well I need you to come up to the hospital right away.’ I’m like, What? Is something wrong?’ He goes, ‘Well your mother just woke up.’ I literally dropped the phone. I was like, what? I mean because we were supposed to be terminating life support that day,” Andrew told WMTW.

Lerman is from Florida but had traveled to Maine to care for Andrew’s father, a man with cancer who also tested positive for the coronavirus in September. All three were unvaccinated, WMTW reported. Lerman planned to get vaccinated ahead of her trip to Maine but “ran out of time,” Andrew said.

Lerman is able to breathe on her own, Andrew said, according to WMTW. And she plans to get vaccinated against the coronavirus. But her condition is still “serious,” a hospital spokesperson told CNN.

“We give her words of encouragement every day. We tell her to keep on fighting,” Andrew told WMTW.

A GoFundMe page set up by Lerman’s family to help raise money for her medical care has so far surpassed $5,000.