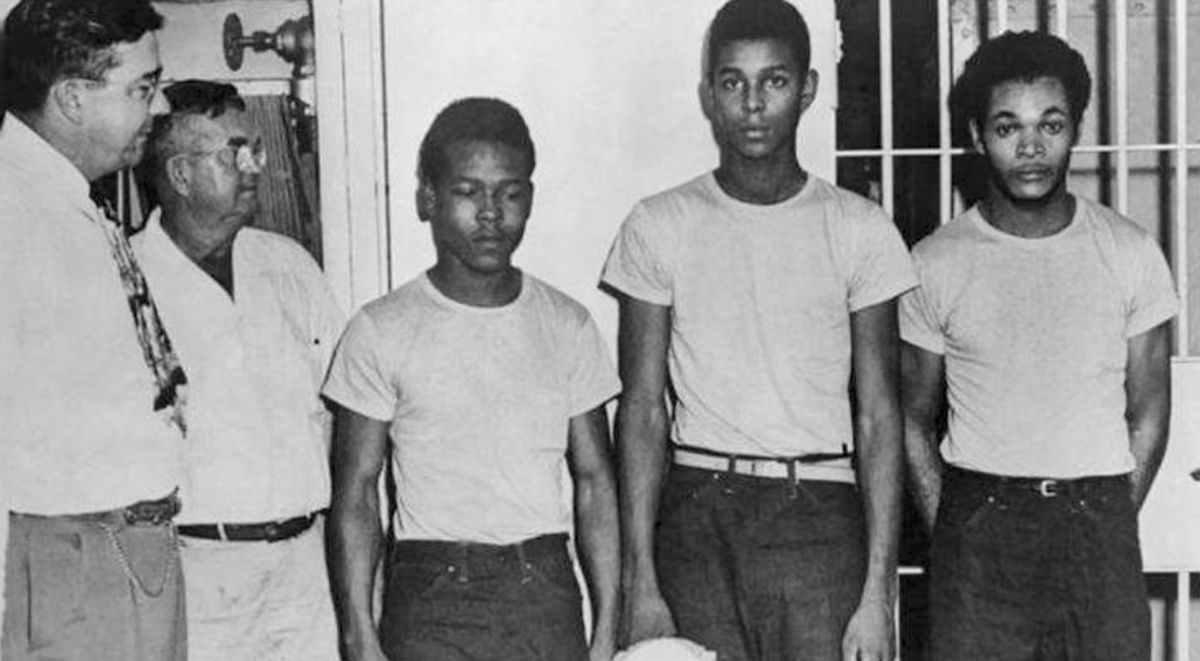 In this undated image released by the State Library and Archives of Florida, Lake County Sheriff Willis McCall, far left, and an unidentified man stand next to Walter Irvin, Samuel Shepherd and Charles Greenlee, from left, in Florida. The three men along with a fourth were charged with rape in 1949. Florida Gov. Ron DeSantis and a Cabinet granted posthumous pardons Friday, Jan. 11, 2019, to Shepherd, Irvin, Charles Greenlee and Ernest Thomas, the four African-American men accused of raping a white woman in 1949 in a case now seen as a racial injustice. (AP)