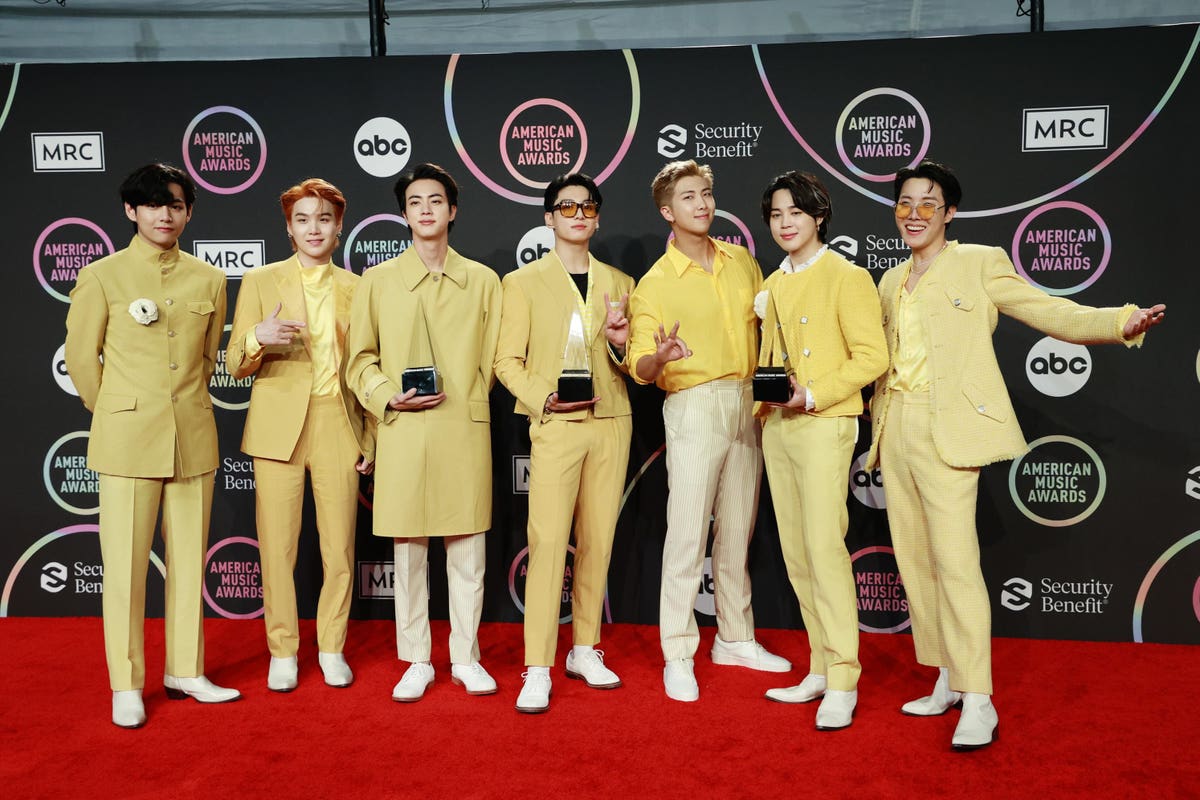 Between winning awards, commanding the stage and spending the most time on camera in the socially-distanced audience, the 2021 American Music Awards were dominated by BTS. The South Korean septet received the loudest cheers and stole the night from everyone else, celebrating as they never have before at the annual ceremony.

BTS took home three trophies, tying Doja Cat and Megan Thee Stallion for the most wins of the evening/ The K-pop powerhouses snagged Favorite Pop Duo or Group, Favorite Pop Song (for “Butter”) and the prestigious Artist of the Year. 2021 marked the first time the band had been up to the top honor, and they beat out fellow superstars Ariana Grande, Drake, Olivia Rodrigo, Taylor Swift and The Weeknd to take the prize home.

The seven-member vocal band also performed twice, with two recent Hot 100 No. 1 smashes earning some air time. The group partnered with Coldplay for the first proper live performance of “My Universe,” with both acts in the same room as one another. Later, they returned to the stage again to sing “Butter.” They were supposed to be joined by Megan Thee Stallion, who hopped on an inventive remix of the tune, but she backed out at the last minute due to a personal reason.


BTS have now won nine American Music Awards throughout the years they’ve been nominated, and that sum is sure to climb.

With another win in the Best Pop Duo/Group category, BTS is now tied with four other names for the most prizes in that field. Aerosmith, The Black Eyed Peas, Hall & Oates and One Direction have all claimed the honor three times as well. Before this year, the K-pop titans were on the same level as Backstreet Boys, Bee Gees, Chicago, Eagles, Fleetwood Mac and Maroon 5, the most-nominated band in this field.

Olivia Rodrigo came into the night as the most-nominated artist, and she ended up taking home New Artist of the Year. The Weeknd trailed her by one nod, and he also only came out on top in one vertical, Favorite Male Artist – R&B.