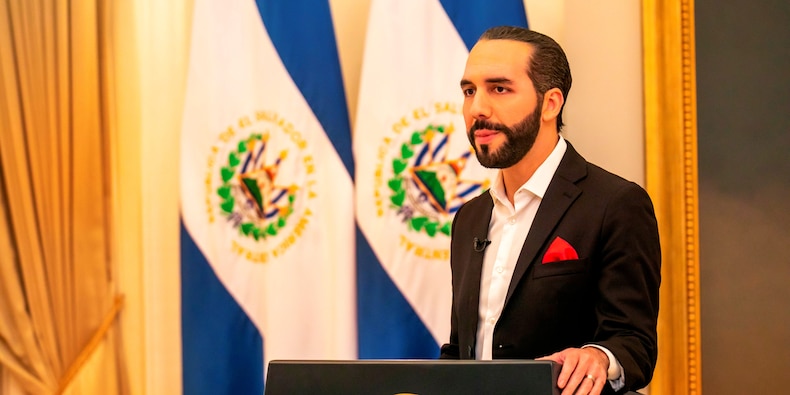 Half of the funds raised from the bond will be used to purchase more bitcoin, and the other half will be used for energy and bitcoin mining infrastructure.

Blockstream is developing a tokenized financial instrument for the 10-year “bitcoin bond,” which will pay 6.5% initially, according to Coindesk. Then El Salvador will sell bitcoin after a five-year lockup period, allowing it to pay a special dividend on the bonds.

The new city will be built next to Conchagua volcano in southeastern El Salvador and will have an airport as well as commercial and residential areas. The proximity to the volcano is meant to facilitate geothermal energy for the project. Construction is set to begin in 2022.

Bukele has continued to double down on bitcoin. In September, El Salvador became the first nation to make bitcoin legal tender. And earlier this month, he said that El Salvador’s bitcoin profits will be used to build 20 schools.

While the initial rollout of the national currency suffered technical issues and thousands of protestors have voiced concern over the bitcoin adoption, Bukele has not been discouraged.