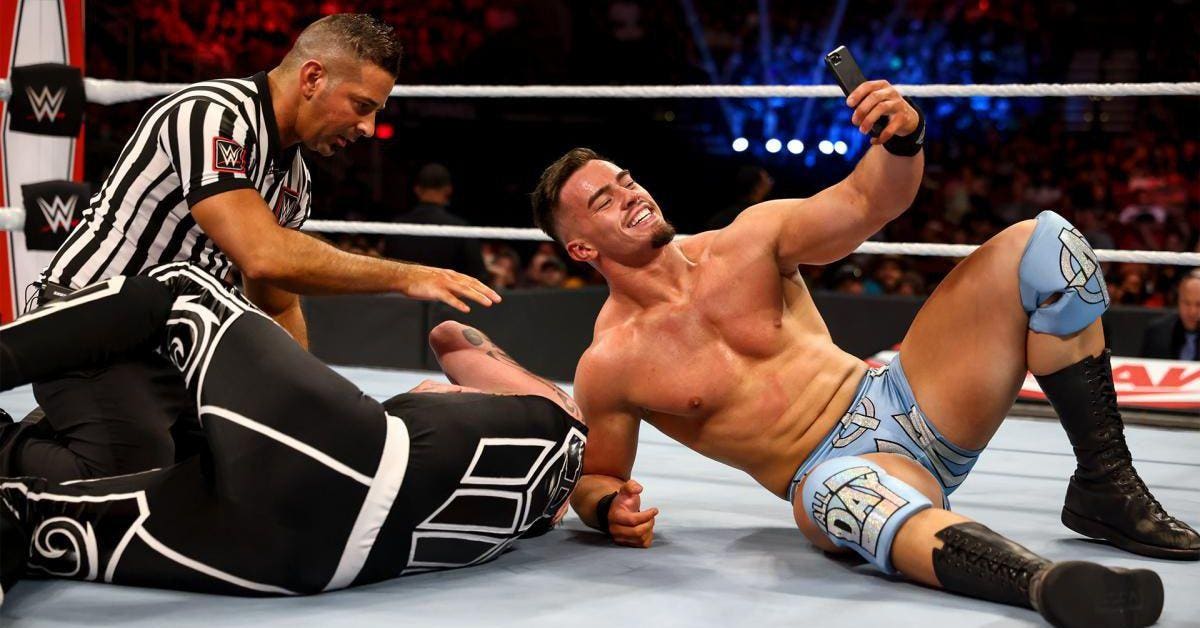 Austin Theory was revealed as the man who stole the Cleopatra Egg after being brought to Vince McMahon by Sammy Zayn.

WWE Raw kicked off with Vince McMahon threatening the jobs of authority figures Adam Pearce and Sonya Deville. He also placed a bounty on the egg by promising a WWE Championship match against Big E for whoever returned the treasured item, despite acknowledging that the thief could be a woman.

A newly pushed talent on the Raw roster, former NXT star Theory is set to receive a WWE Championship match against Big E later tonight on Raw. Once a vengeful Chairman instigating a manhunt, McMahon changed his tune once he learned Theory stole the egg as he liked the initiative of the 24-year-old up-and-comer. For his troubles, Sammy Zayn was reprimanded by Vince McMahon for being a “snitch.”

WWE featured the Cleopatra egg as part of a lucrative partnership with Red Notice, starring legendary WWE Superstar Dwayne “The Rock” Johnson. WWE is said to receive a “nice payday” for its synergistic promotion of Red Notice, which was the presenting sponsor for Survivor Series.

WWE took its sponsorship to the next level by featuring the Cleopatra Egg, valued at a (kayfabe) $100 million, in a show-long whodunnit storyline that coincided with Vince McMahon’s return to WWE Raw. Not only did this partnership help WWE financially, WWE is sure to get a nice ratings bump out of the angle.

Though he is hardly what he was at the peak of his powers, Vince McMahon can still move the needle in viewership under the right circumstances, and fans will be compelled to tune in throughout the length of the show to find out who the culprit is. A rare WWE Championship match on Raw won’t hurt either.

WWE Raw’s viewership has gone under 1.6 million viewers in four of its last six weeks. Emanating from the Barclays Center one night after Survivor Series, with a major angle and a WWE Championship match, Raw figures to do its best viewership number in months.