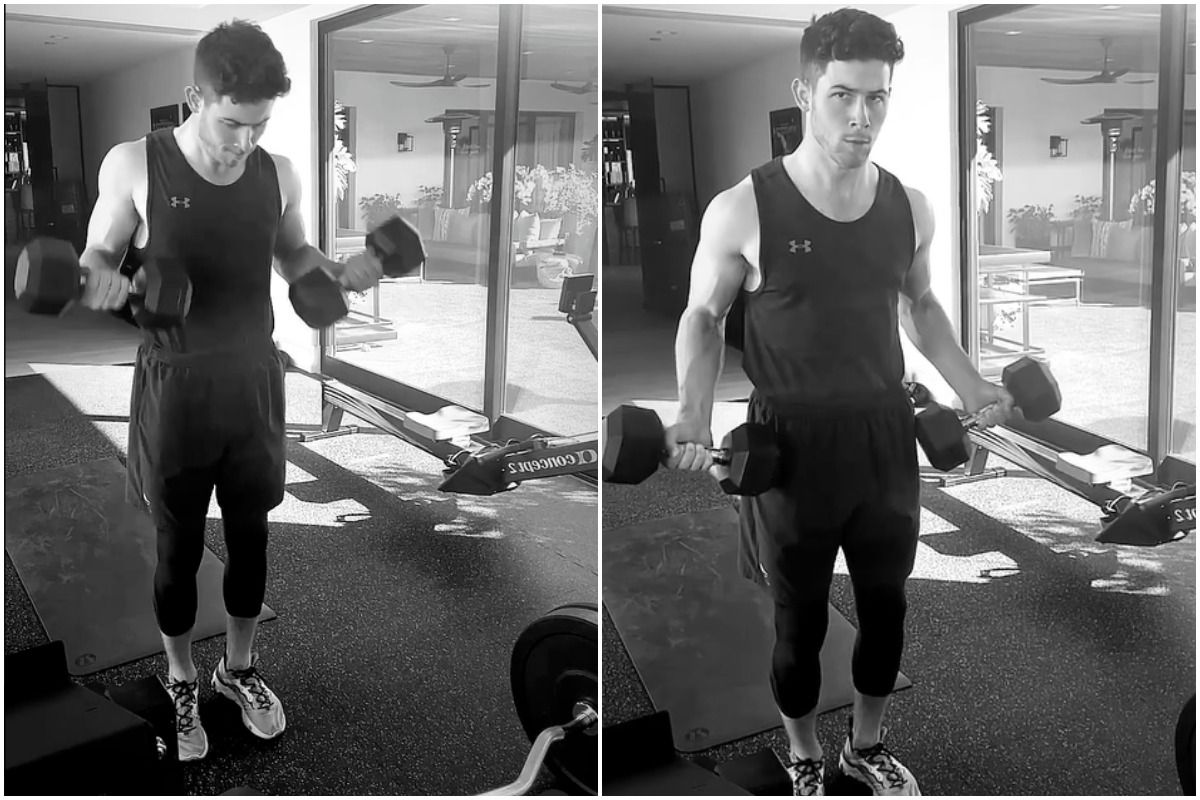 Nick Jonas, the heartthrob of several and beloved husband of Priyanka Chopra, is devout of a good workout session. He is dedicated and never misses a single gym day. His latest video is proof of that statement. With motivation and sheer determination, you can easily avail your fitness goal.Also Read – Priyanka Chopra Breaks Silence on Her Divorce Rumours With a Subtle Comment on Nick Jonas’ Workout Post

Recently, Nick Jonas was seen working out with a set of dumbbells at the gym. He garnered a lot of appreciation for his dedication and hard work. Taking it to Instagram, he uploaded a video as he was working out with his practising dumbbell bicep curls at the gym. His caption read,” Monday motivation. Let’s get it.” Also Read – Priyanka Chopra’s First Look From The Matrix Will Surely Raise Your Excitement For The Movie

Nick was seen practising dumbbell bicep curls at the gym. He was dressed in a black tank top and shorts with tights. Like a piece of cake, he was flexing his arm muscles. He stood in front of the mirror and practised.

This has created a stir on the internet and appreciation did not stop pouring. Several celebrities poured comments and appreciates his physique and dedication. Her wife, Priyanka Chopra, did not hold herself back and commented,” Damn! I just died in your arms.”

What Are the Health Benefits of Dumbbell Bicep Curls?

This exercise helps in maintaining and building muscles in the arms as it targets different spots. The dumbbell can help in strengthening the elbow flexion by rejuvenating the brachialis muscle. This is the prime mover of the elbow. Along with this, it also helps in encouraging the movement of elbows on an everyday basis and improves grip strength. It also leads to improvement in grip strength.
Priyanka Chopra and Nick Jonas are making headlines again. The former has dropped her surname from her social media account and this

has led to rumours about the duo divorcing. Priyanka is yet to make a comment but her mother, Madhu Chopra, dismissed the matter.