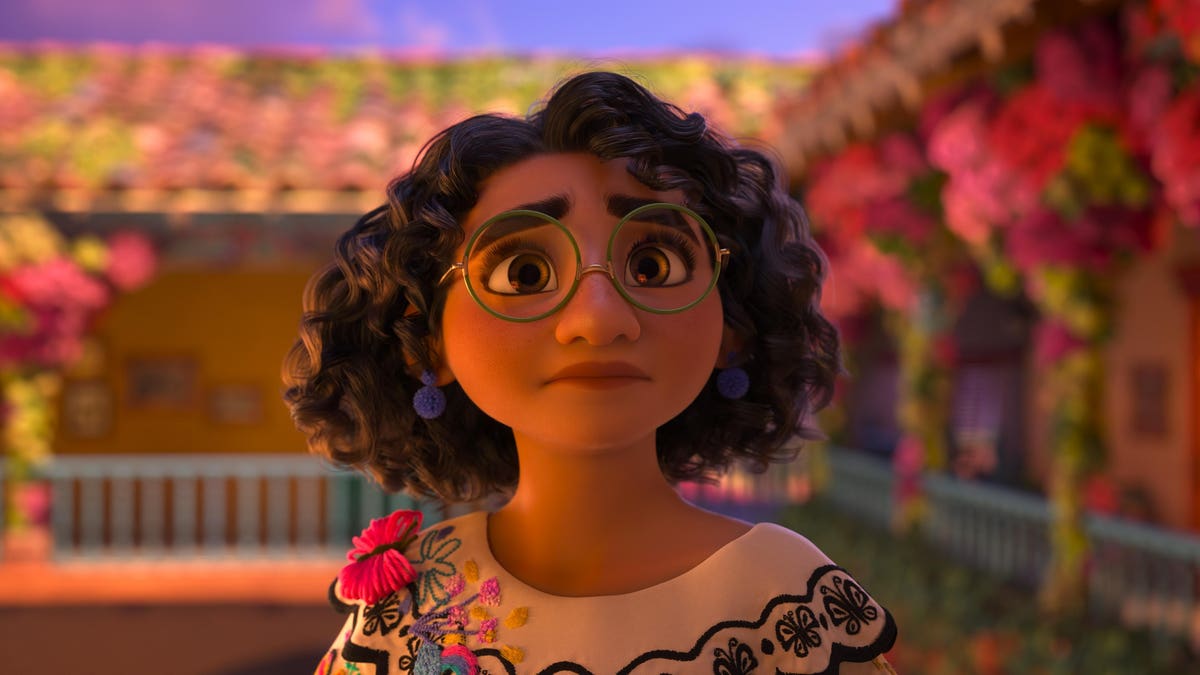 Walt Disney’s Encanto was the top movie on Wednesday, earning $7.5 million on its opening day. That includes $1.5 million in Tuesday previews, and is frankly well below the previous Disney Thanksgiving toon debuts over the last decade. Covid curves notwithstanding, its $7.5 million opening day is essentially half of what Disney has been used for Wednesday grosses (between $11 million for Tangled in 2010 to $18 million for Ralph Breaks the Internet in 2018) on this five-day weekend over the last decade. It’s also below even the live-action debuts for Knives Out ($8.5 million in 2019) and Creed II ($11.5 million in 2018).

It could end up opening closer to a DreamWorks Animation Thanksgiving title (Penguins of Madagascar and Rise of the Guardians) than a Disney Thanksgiving bow. If the Stephanie Beatriz-starring musical folktale, which is one of Disney’s better animated films of late, legs out like The Good Dinosaur ($55.5 million from a $9.7 million Wednesday in 2015, which was considered a mediocre launch at the time), Coco ($73 million/$13.2 million in 2017), Frozen ($93 million/$15.5 million in 2013) and Tangled ($69 million/$11.9 million in 2010), it’ll end up with a soft but still face-saving $40-$45 million five-day debut. But that may prove optimistic.

If it merely legs out like Moana ($83 million/$15.5 million in 2016) or Ralph Breaks The Internet ($85 million/$18 million in 2018), it’ll end the holiday with $35-$39 million. Now the still-viable Covid variables may make the film a little leggier, and I’d like to think that the excellent theatrical-only (for the first 31 days) release will leg out into Christmas. But hopes that Encanto, Disney’s 60th (sans Pixar) animated feature would open closer to Tangled than The Princess and the Frog (an underwhelming $24 million Fri-Sun debut in mid-December 2009 just before Avatar kicked off Christmas) may not come to pass.

Meanwhile, in potentially very good news, MGM’s House of Gucci earned $4.2 million on its opening day. That’s not a massive figure, but considering the wave of $4 million-$6 million debuts for adult-skewing dramas over the last two years, it’s thus-far a Covid curve win. Of course, if the Little Monsters showed up for Lady Gaga yesterday and the 2.5-hour, R-rated crime melodrama doesn’t quite work as the consensus pick for families hanging out over the holiday, well, Rent earned $17.1 million from a $4.75 million Wednesday back in 2005. That doomsday scenario would give the $75 million flick a $15 million Wed-Sun debut gross.

Conversely, holiday legs like Knives Out ($41 million/$8.5 million) would get Ridley Scott’s second attempt at saving big-scale grown-up theatrical cinema in two months (RIP – The Last Duel) to $20 million over the holiday. If by some miracle it legs like Creed ($42 million/$6 million), it’ll flirt with $29 million. That feels unlikely, but even a $20 million launch gives hope for the viability of reasonably-budgeted adult-skewing biggies. And unless West Side Story breaks out next month, House of Gucci will have the advantage of being the only seasonal Oscar contender (give or take Dune which should cross $100 million today) that audiences have actually seen.

Sony’s Resident Evil: Welcome to Raccoon City opened on Wednesday with $2.5 million, including $935,000 in Tuesday previews. The R-rated video game-adaptation, a reboot disconnected from the six-film $1.2 billion-grossing Paul W.S. Anderson-helmed series, is more faithful to the first two games in the long-running zombie series. However, if you’re someone who liked the Resident Evil movies (at least appreciated them) for the variables specifically related to the specific films (Milla Jovovich kicking ass alongside the likes of Michelle Rodriguez and Ali Larter, brutal zombie carnage way before it was a “cool again” sub-genre, unapologetically gonzo bananas sci-fi action spectacle, etc.), well, this won’t scratch that itch.

It’s also terrible, with 80% of the work going toward being faithful to the source material and a game cast left to fend for themselves. If Screen Gems and Constantin Films’ $25 million flick legs out like Robin Hood ($14.3 million from a $3.2 million Wednesday in 2018), it’ll gross $11 million over the holiday. With Sony’s Ghostbusters: Afterlife nabbing a $5.45 million Wednesday and $58 million six-day cume, how well this arbitrary reboot for the sake of rebooting offering performs is of lesser consequence. Still, I will be amused if this reboot earns basically identical grosses to the $26 million cume of Resident Evil: The Final Chapter.