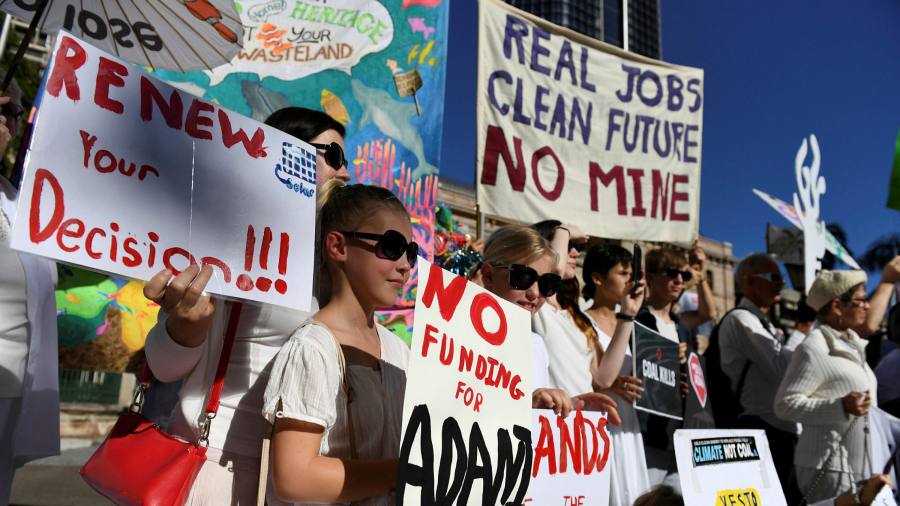 The Adani Group’s Carmichael coal mine in Australia will begin exporting coal after years of fierce opposition to the project, tapping a new multi-decade source of the fossil fuel despite global pressure to phase it out.

The Indian conglomerate, run by India’s second-richest man Gautam Adani, is preparing its maiden coal exports and is due to begin shipping before the end of the year.

“The first shipment of high-quality coal from the Carmichael mine is being assembled at the North Queensland Export Terminal in Bowen ready for export as planned,” Adani’s subsidiary Bravus Mining & Resources said in a statement.

The coal is almost entirely destined for India, which remains dependent on the fuel for 70 per cent of its power generation.

The Carmichael project has provoked mass opposition in Australia and globally since it began in 2010. It has sparked domestic political controversy and a campaign to force banks and insurers not to work with Adani and subjected the Indian conglomerate to fierce scrutiny over its polluting businesses and environmental practices.

Adani “galvanised probably the biggest environmental movement in Australia in the last two decades”, said Tim Buckley, a director at the Institute for Energy Economics and Financial Analysis.

But Buckley added that the group was able to resist opposition because Adani is “the second-richest man in India and he’s phenomenally well connected politically”. 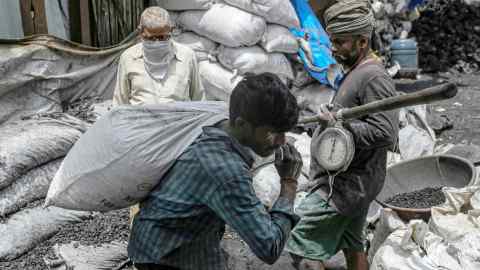 Adani said the mine will produce about 10m tonnes a year, far below its initial plan for 60m tonnes a year of coal. It was also ultimately self-funded after a push to force financiers to shun the project.

BNY Mellon last month said it would stop working with Adani in Australia, the latest institution to do so.

The mine is set to start exports years behind schedule.

It is the first coal mine in Queensland’s Galilee Basin, where there are vast untapped coal reserves. Activists fear that the Carmichael mine will accelerate other projects in the area which are yet to begin, locking in decades worth of coal supplies.

The project’s domestic supporters argue it will create jobs. Adani, which is also investing billions in renewables, said it was providing much-needed fuel to a fast-growing India.

Coal consumption in India has not yet peaked, and the country needs vast quantities to meet growing electricity demand, despite Prime Minister Narendra Modi’s ambitious targets to build 500 gigawatts of renewable energy capacity.

But critics said there was little justification for the Carmichael project. Even Modi, with whom Adani has longstanding ties, has said he wants to stop thermal coal imports to India.

Countries agreed at the recent COP26 summit to “phase down” rather than “phase out” coal, partly a result of resistance from China and India.

Are you curious about the FT’s environmental sustainability commitments? Find out more about our science-based targets here