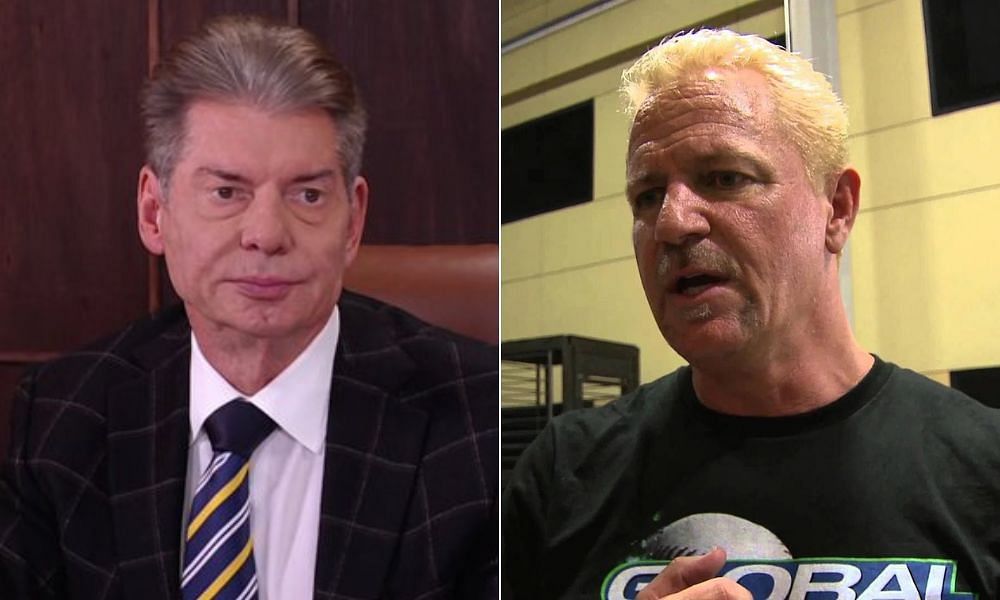 Independent wrestler Effy has reflected on his match against Jeff Jarrett at The Wrld on GCW earlier this year.

The aforementioned event took place at the Hammerstein Ballroom in New York City on January 23. Jarrett competed in his first match at the show in 2019. He emerged victorious in the bout and hasn’t appeared on GCW (Game Changer Wrestling) since. He recently joined WWE as the Senior Vice President of Live Events.

While commenting on the match on The Sessions with Renee Paquette, Effy said he deserves to face Jarrett again. He also mentioned the latter returning to WWE.

“I have to brag on myself. Now that he ran back to Vince [McMahon], and maybe we’re doing a Memphis storyline where this goes longer, but I think I deserve one more match. I was at the top of the mountain. I did not die to the guitar shot that happened at Hammerstein Ballroom. I no sold a guitar shot, I’ve never seen it done from Jeff Jarrett,” said Effy. (H/T Fightful)

Double J’s feud with Effy began after the former made a surprise appearance at GCW’s Die 4 This event on January 1, 2022. He hit the latter with his guitar to set up their match.

During the same podcast episode, Effy stated that he got the ‘full experience’ and that he has something in common with Vince McMahon.

“Everybody tried to talk me out of it because it’s very dangerous, but I said, ‘I have to have this moment.’ Everyone asked, ‘How is Jeff Jarrett?’ I got the full Jeff Jarrett experience. I got to fight him, I got to lose to him, and I got to have him decide to change the finish halfway through a show. You have to get the full Jeff Jarrett and when you look back on the memoir you go, ‘Well, he got me too,’ me and Vince have that in common now.” (H/T Fightful)

Jarrett made a brief appearance during a backstage segment with Rick Boogs and Shinsuke Nakamura on the January 21 episode of SmackDown. Considering his current role in WWE, only time will tell if fans get to see the Hall of Famer in the weekly programming again.

Find out who Bret Hart patched up with after 2 decades right here.