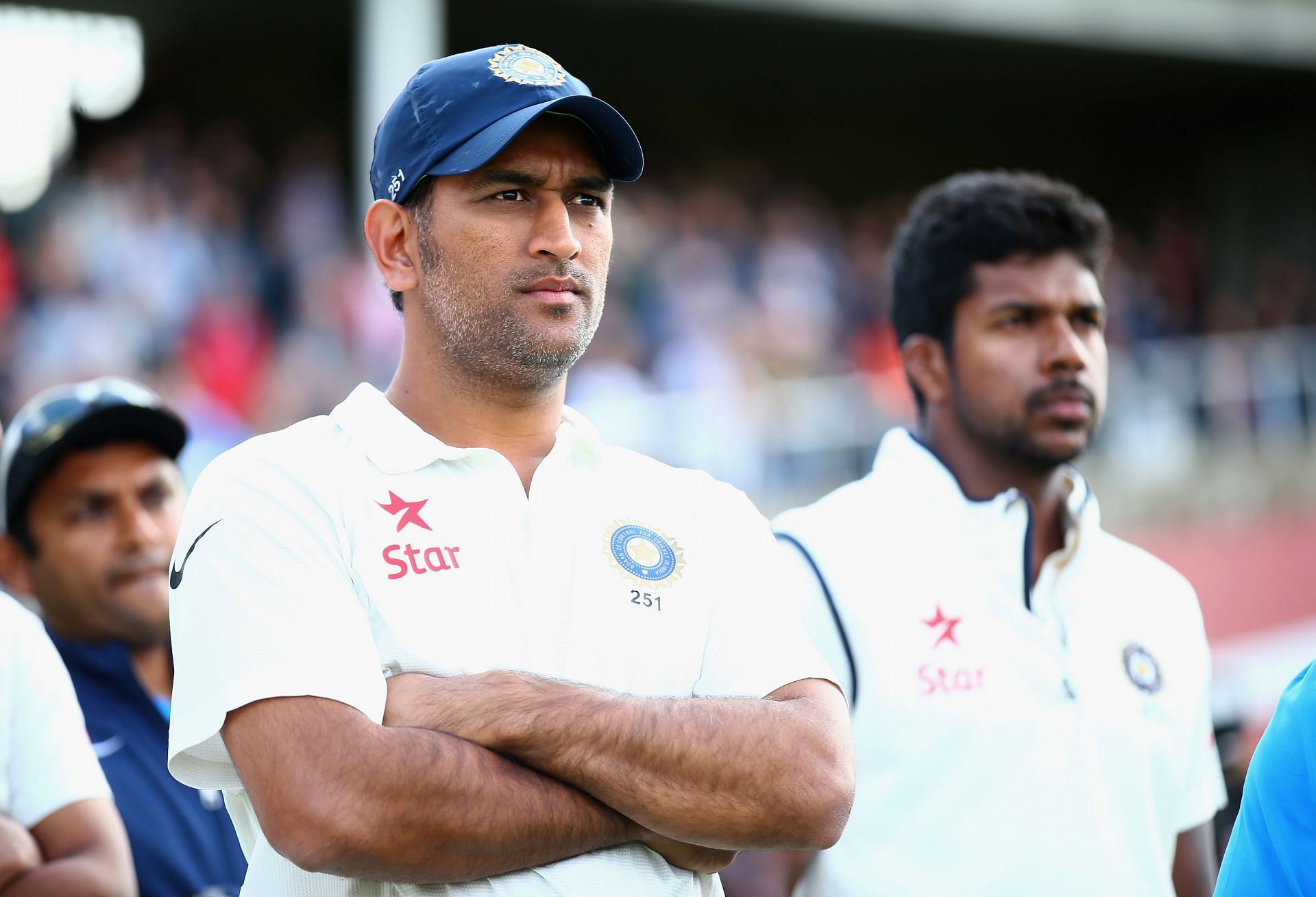 Former Team India head coach Ravi Shastri has said that the entire team was in a state of shock after former captain MS Dhoni announced his decision to retire from Test cricket in 2014.

Surprising not only the Indian players, Dhoni took everyone by surprise when he called it quits from the longest format of the game following the 2014 Boxing Day Test at the MCG against Australia. Dhoni, who guided India to a hard-fought draw at the MCG, had given no indication of his decision to quit Tests in the post-match presser.

Speaking to Star Sports, Shastri, who was serving as the team’s director at the time, said that Dhoni came up to him after that game, and said he wanted to address his teammates. As expected, Dhoni‘s decision took everyone, including Shastri, by surprise. Shastri said:

“Well, it came as a surprise. He came to me and said ‘I want to say something to the boys’. I said ‘sure’. I thought he was going to say something about the draw. He comes out. I just saw the faces around the dressing room. Most of the boys were in a state of shock when MS made the announcement. But that’s MS for you.”

#OnThisDay in 2014, after drawing the Boxing Day Test against Australia at the MCG, MS Dhoni announced his retirement from the longest format 🙌

#OnThisDay in 2014, after drawing the Boxing Day Test against Australia at the MCG, MS Dhoni announced his retirement from the longest format 🙌 He remains India’s most successful wicket-keeper in Tests with 2️⃣9️⃣4️⃣ dismissals in 90 matches 🧤 https://t.co/1AMRo7kY6C

Earlier during the 2011-12 season, Dhoni had indicated that he would give up one format of the game before the 2015 World Cup to prolong his career.

The Ranchi player ensured that India’s transition in the longest format of the game was as smooth as possible. Once he knew that Virat Kohli was ready to take up the reigns, he called it quits in Tests to focus on white-ball cricket.

“I knew that the moment MS Dhoni finishes, Virat Kohli is the guy to lead the side. He (MS Dhoni) knew who was the next leader in line,” Shastri said.

“He was waiting for an opportune time to make the announcement. He knew how much his body could take, and he wanted to prolong his white-ball career. When your body tells you it’s enough, it’s enough; there are no second thoughts about that,” he added.

Kohli became the full-time Test captain from the Sydney Test in 2015. Since then, India have grown by leaps and bounds to become the No.1 Test team in the world.

MS Dhoni continued to play white-ball cricket till 2019 before he retired from international cricket on Independence Day 2020.