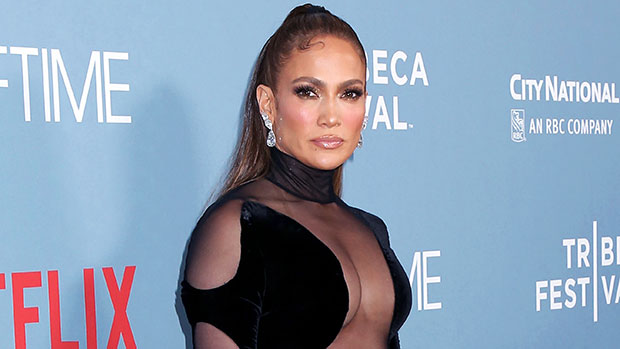 Jennifer Lopez, 52, looked back on how she’s been treated by the media in her new Netflix documentary, Halftime. The Bronx native specifically recalled public judgments made about her body type, and especially her butt, at the start of her career when she wore the famous green Versace dress in 2000. “When I started working, the beauty ideal was very thin, blonde, tall, not a lot of curves,” J.Lo said. “I grew up around women with curves so it was nothing I was ever ashamed of.”

However, J.Lo admitted that she struggled with the constant attention from the media about her physical appearance. “It was hard, when you think people think you’re a joke,” she explained in the doc. “Like you’re a punchline.” She then referenced her impact on fashion thanks to the Versace dress, saying, “‘But I wound up affecting things in a way that I never intended to affect them.”

Also in the doc, J.Lo opened up about how her personal life became constant media fodder. “No matter what I achieved, their appetite to cover my personal life overshadowed everything that was happening in my career,” the Hustlers star shared. “I just had a very low self esteem. I really believed a lot of what they said, which was that I wasn’t any good. I wasn’t a good singer, I wasn’t a good actress, I wasn’t a good dancer, I wasn’t good at anything. I just didn’t even belong here. Why wouldn’t I just go away?”

J.Lo struggled with this so much that she contemplated saying goodbye to her career. “There were many times where I was just like, I think I’m just going to quit,” she revealed. “I had to really figure out who I was. And believe in that and not believe in anything else.” Her fiance Ben Affleck also chimed in to give his take on the criticism J.Lo faced when they were together in the early 2000s. “I said to her once, ‘Doesn’t this bother you?’ And she said, ‘I’m Latina, I’m a woman I expected this.’ You just don’t expect it. You expect to be treated fairly,” Ben said. Halftime is now streaming on Netflix.