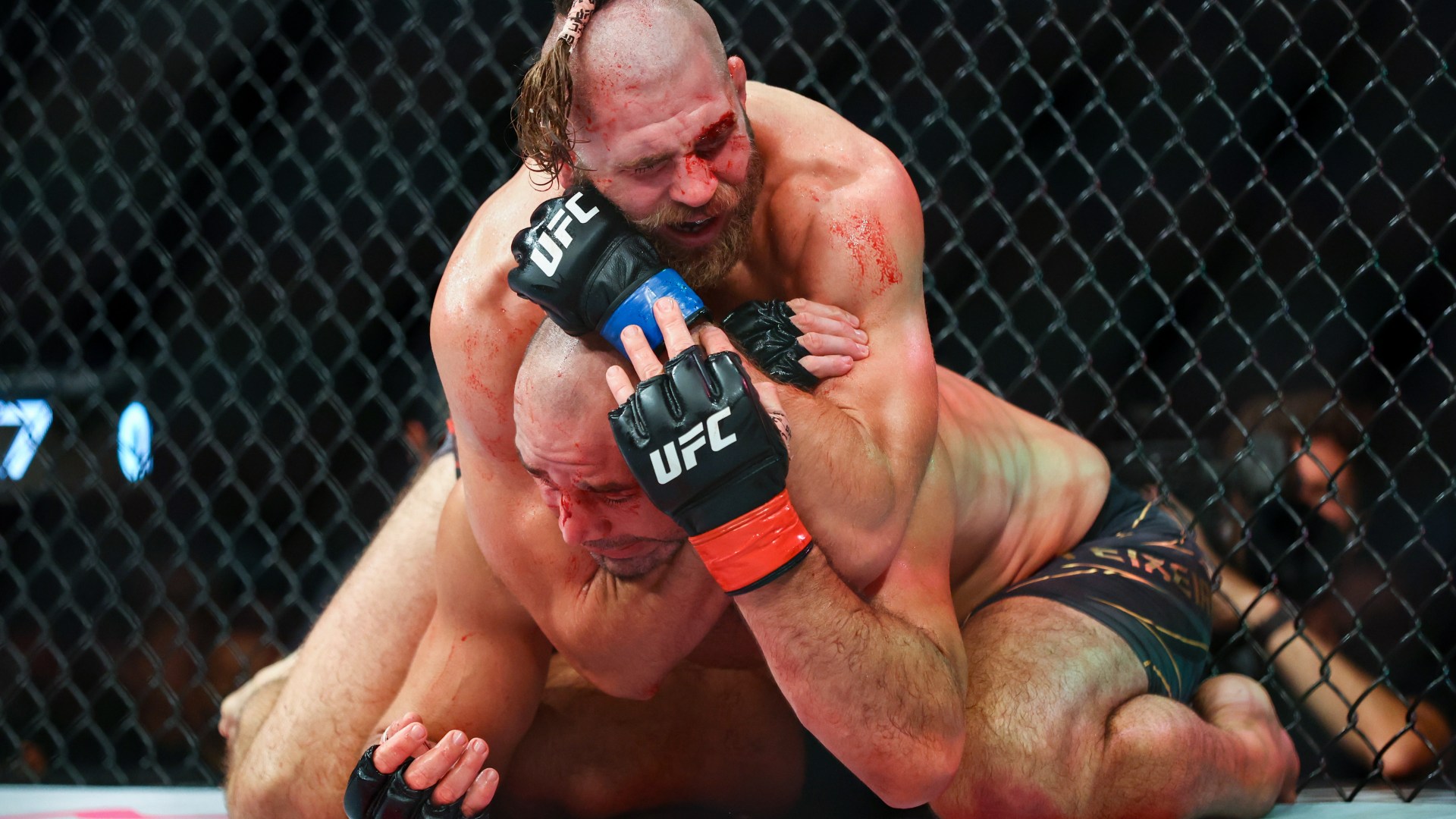 Jiri Prochazka put himself alongside some of the biggest names in MMA history last night when he rallied to become the light-heavyweight champion at UFC 275.

‘The Czech Samurai’ was down on the scorecards heading into the final round of his title fight against Glover Teixeira before taking matters into his own hands at the Singapore Indoor Stadium in Singapore.

Prochazka seemed to be on his way to a decision defeat as he lay on his back with Teixeira on top of him as the final seconds of their exhilarating fight ticked away.

The 29-year-old somehow summoned the energy to reverse the position on the ground and quickly lock up a rear-naked choke submission with just 30 seconds left on the clock.

With this win, Prochazka becomes the first Czech fighter to have the UFC belt wrapped around his waist and he also puts himself alongside the likes of Anderson Silva and Brock Lesnar for his quick journey from debutant to titleholder.

The former RIZIN champion disposed of top contenders Dominick Reyes and Volkan Oezdemir in a violent fashion in his first two UFC fights to earn a shot at the light-heavyweight title.

After becoming a champion in his third UFC fight, Prochazka has matched Lesnar, who impressively did the same thing when he transitioned from WWE to MMA in 2007.

The 44-year-old suffered a submission loss to Frank Mir in his UFC debut before comprehensively beating Heath Herring in his next fight to earn a shot at heavyweight gold.


Conor McGregor comeback opponent could be Michael Chandler, according to UFC boss

Lesnar then shockingly knocked out MMA legend Randy Couture to become a champion in just his third UFC fight, and his fourth MMA fight overall.

Prochazka and Lesnar are still trailing ‘The Spider’ when it comes to the quickest UFC title capture.

Silva dominated Chris Leben in his promotional debut before earning a shot at the middleweight title held by Rich Franklin.

The Brazilian made quick work of Franklin and finished him in the first round to start his reign over the 185lb division that lasted for years and saw him make 10 title defences.