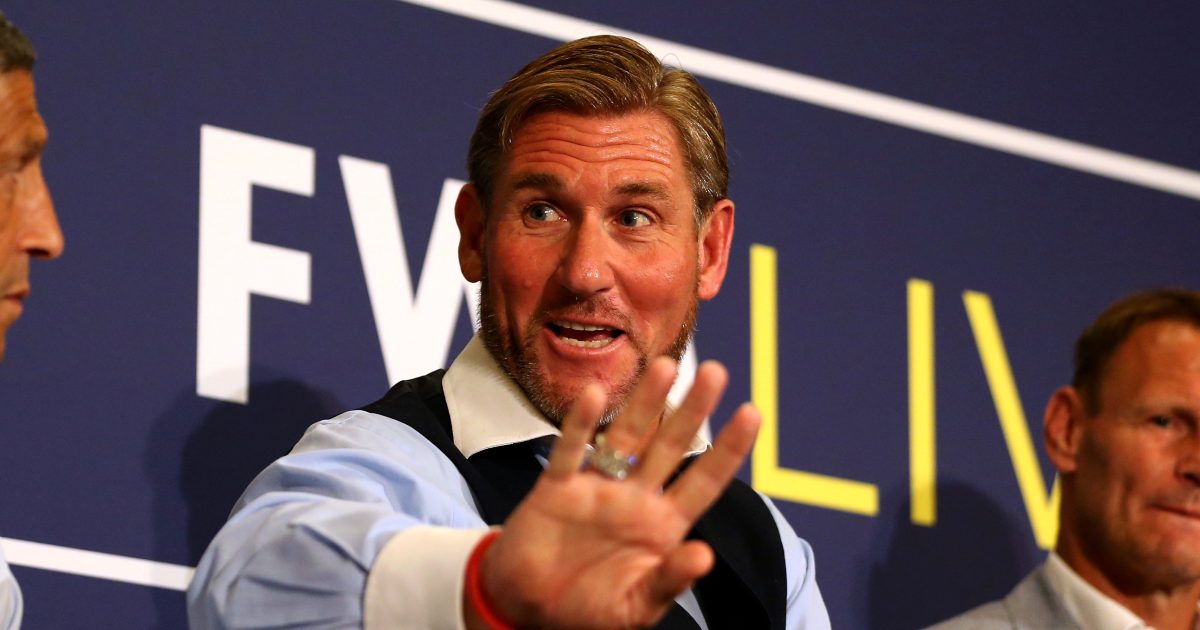 Simon Jordan has doubled down on his criticism of Manchester City duo Jack Grealish and Phil Foden and he has called the latter a “nitwit”.

The England duo were left on the bench over the weekend as Man City beat Newcastle United 4-0. Pep Guardiola later revealed that their exclusion was down to “behaviour” issues.

Speaking on Tuesday, Jordan blasted the two players and he said that Grealish was a “moron”.

Gabriel Agbonlahor used to play with Grealish at Aston Villa. Speaking on talkSPORT, he asked for Jordan to apologise for his comments on the Man City duo. He believes the ex-Crystal Palace owner went too far with his criticism.

In response to Agbonlahor, Jordan insisted that his comments were “fair”. He also claimed that Grealish is guilty of being “moronic” and that Foden has been a “nitwit”:

“I think it’s a fair observation based upon his behaviour,” Jordan said.

“I’m not saying Jack Grealish is a nasty, unpleasant individual, I’m not attacking his personality, I’m talking about his behaviour.

“You move into the territory of being moronic in your behaviour and a moron by definition.

“Now, I know people don’t like that and I know it’s strident, and Gabby is defending his friend, I understand that, but the bottom line is it’s a kind of irony about being offended on someone else’s behalf about someone calling somebody a name, whilst calling them a name in return.

“I think that might have evaded Gabby when he was talking about me being bitter and twisted and a failed owner. I can’t voice an opinion on someone else and then not accept the fact that people are voicing an opinion on me.

“And, there is a school of thought that Gabby shouldn’t have to Google the word ‘moron’ – all he needs to do is go in front of a mirror.

“No, I don’t think so at all [when asked if he should issue Grealish an apology], I think if you can praise people you can criticise them.

“I’ve been a major advocate of Jack Grealish’s talents. I’ve talked about him in glowing terms and with the ying comes the yang.

“You can’t have a litany of behaviour starting from being laying all over benches in summer holidays getting yourself drunk so you’ve got a reputation that people don’t trust you.

“You build up the reputation again through your football. Then you then find yourself on the side of the road in a pair of slippers.

“Foden is a twit as well isn’t he? I mean a year ago he’s being pulled out of the England set up for behaving poorly.

“A year later he’s being a nitwit again, you can’t think of any other way of saying it.

“We praise these boys, we build them up. They’ve got to have the flip side of it otherwise you don’t build character.”