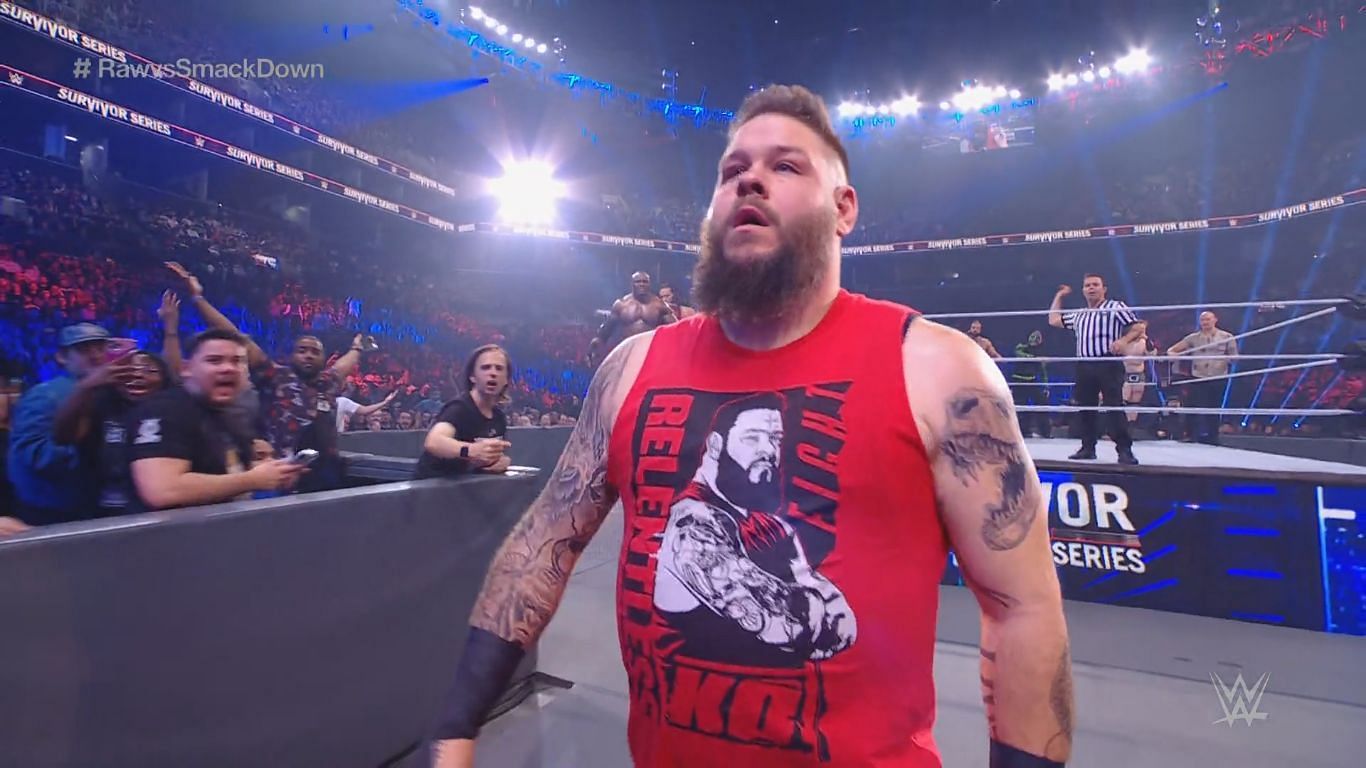 WWE RAW Superstar Kevin Owens said he walked out of the men’s Survivor Series elimination match because he thought it was the best thing to do.

During the show, the former Universal Champion convinced Seth Rollins that he should start the match on behalf of Team RAW. Kevin Owens proceeded to exit the ring and the arena. The referee eventually counted him out, thus eliminating him from the bout.

Speaking to Pat Laprade and Kevin Raphael on Les Anti-Pods de la Lutte, Kevin Owens stated that he came up with the idea to walk out of the match, and he believes it worked out perfectly.

“I just thought it was the best thing to do at that time and everybody thought the same thing, so that’s what we did. If you look at how we got there, it would have not made sense to do anything else than that. It’s an idea I came up with and I believe it worked out perfectly,” said Owens. (H/T PWInsider)

Kevin Owens thinks NXT 2.0 should have a different name

Before arriving on the main roster, Kevin Owens began his WWE career on NXT. He held the NXT Championship during his run on the brand, which he captured by defeating Sami Zayn.

The Prizefighter shared his honest thoughts on NXT 2.0, revealing that it’s very different from the NXT that he was a part of.

“Today’s NXT is very different than the NXT I was part of, to the point I believe it should have a totally different name. And I don’t think it’s better or worse, but it’s just too different. So when I’m watching NXT, I don’t see the NXT I was a part of. It’s not the same thing. So to me, it’s completely two different products, so when I’m watching it, I put myself in the mindset we had when I was at NXT and the mindset there seems to have right now, it’s completely different. It’s very hard for me to compare them. I don’t even consider that to be the same show,” said Owens.

Kevin Owens is scheduled to collide with Seth Rollins, Bobby Lashley and Big E for the WWE Championship at Day 1. The former NXT Champion will look to become a two-time world champion as he faces off against RAW’s heaviest hitters.

Did you know a male WWE Superstar suggested that Bianca Belair use her braid in the ring? More here