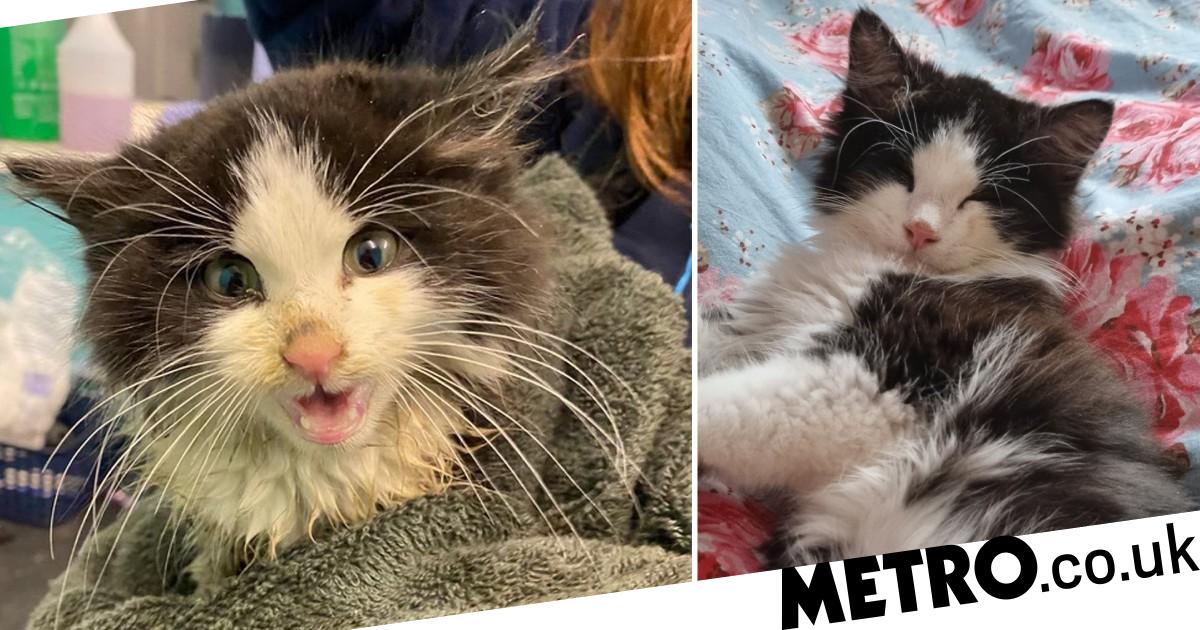 Poor Scruffy the kitten was covered in grime when he was handed in to the shelter.

He was found on a rubbish truck by the driver, who thankfully spotted him before he got hurt in the vehicle.

Named Scruffy by the team at Newcastle Cat and Dog Sanctuary, the little guy was given a good clean to properly reveal his adorable black and white fur.

A spokesman for the sanctuary said: ‘We first met Scruffy after he decided to take a ride in a garbage van.

‘Luckily the driver spotted his little stowaway and brought him to us.

‘And you can see why we gave him the name Scruffy.’

A far cry from his humble beginnings, Scruffy is now living a life of luxury thanks to his new owners.

The sanctuary rep said he was adopted in December, and added: ‘Thank you so much to Lisa and family for turning this little scruff into a pampered prince.’

Little Scruffy’s earned himself plenty of fans on social media, with one person commenting: ‘What a darling’, while another praised his ‘fabulous whiskers’.

‘He’s adorable, thank you kind people for adopting him,’ someone else wrote.

Get in touch by emailing MetroLifestyleTeam@Metro.co.uk