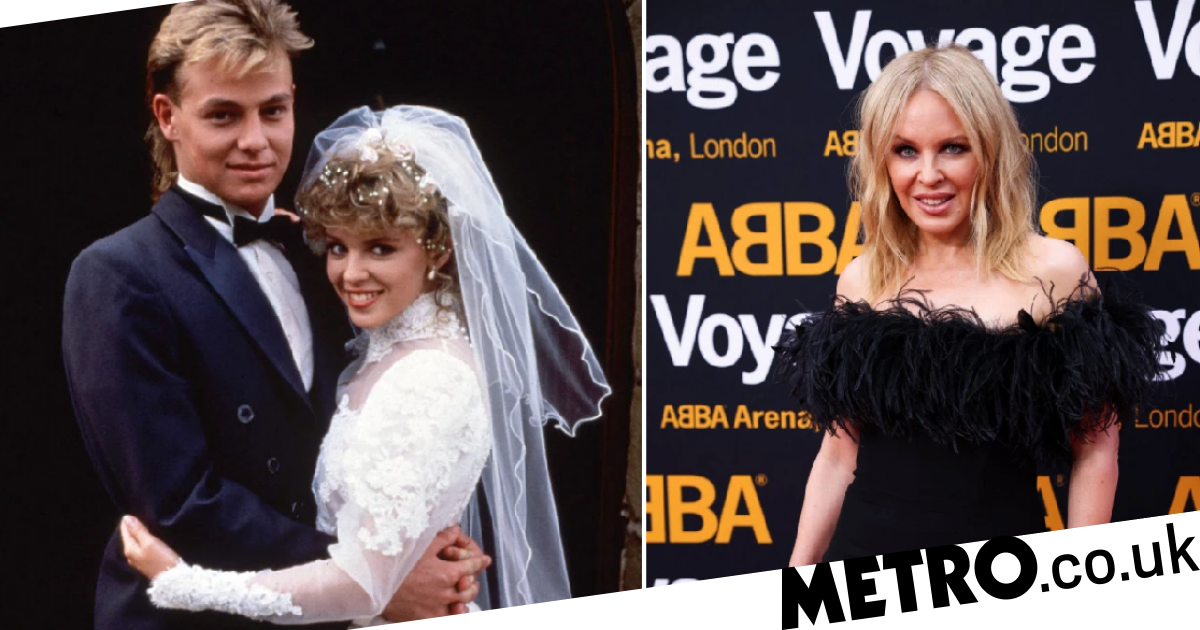 It’s the end of an era as Neighbours is ending but to take the sting out of it ever so slightly, we are going to revisit some huge characters one last time.

And one of these is Charlene Robinson, played by pop superstar Kylie Minogue.

It has been 35 years since she was last in Erinsborough, and she has described stepping back onto the set as emotional.

‘It felt beautiful actually, the fact that we could see each other,’ she said during an interview with Sky News.

‘I haven’t seen these people in, some of them for over 30 years.

‘And, you know, life passes by and we’ve all gone through different stuff. And just to kind of be face-to-face and say, wow, this is part of our history. It was great.’

But while it’s a treat for fans, Kylie has confirmed that Scott and Charlene won’t dominate the episode.

She described her scene as ‘blink and you’ll miss it.’

The singer added: ‘I started acting some years before that but my kind of big break and I guess how I became a household name was through Neighbours in 1986, so many moons ago.’

Scott and Charlene’s wedding episode pulled in an audience of almost 20 million when it was shown in the UK in 1988.

Discussing the coup of bringing back Kylie and Jason, Neighbours boss Jason Herbison enthused that he was ‘thrilled’ to welcome them back for a final hurrah.

‘Both Kylie and Jason needed very little persuading at all,’ he told Inside Soap. ‘They both appreciate the show and the special role that it has played in their careers.

‘It’s a lovely show of respect to Neighbours, and I was thrilled when they said yes. It didn’t feel right to end the show without them.’