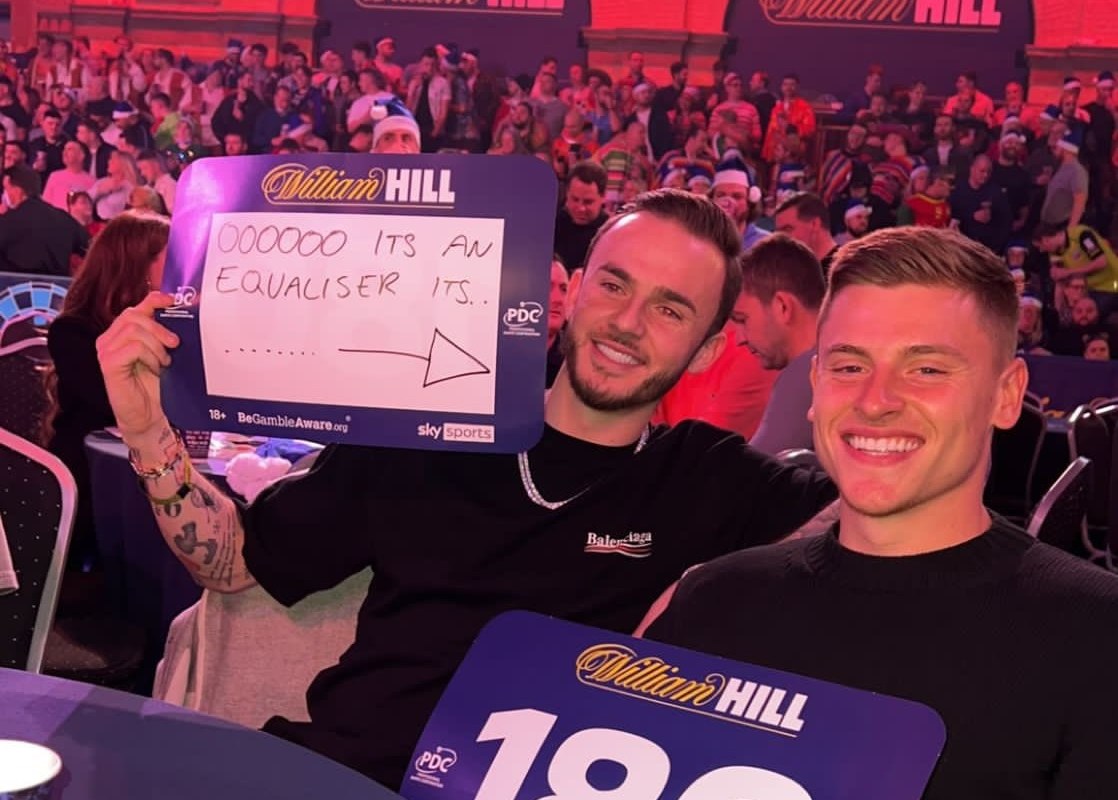 Leicester players were pictured at the darts on Saturday night as a number of Foxes stars made the most of having their New Year’s Day fixture postponed.

James Maddison, Harvey Barnes, Kiernan Dewsbury-Hall and Hamza Choudhury were among the 3,000-strong crowd at the Alexandra Palace enjoying the World Darts Championship.

Leicester had been due to face Norwich in the Premier League on Saturday, but COVID-19 cases in the Canaries camp forced it to be postponed.

That was the 18th game called off in the top flight in the last three weeks amid rising cases among players and staff at clubs.

Both Mikel Arteta and Jurgen Klopp have been forced to miss their games this weekend, while clubs battle to prevent outbreaks at training grounds.

Leicester have seen three games postponed in recent weeks, with the clash vs Norwich at the King Power on January 1 the latest to be rescheduled.

With Leicester given the afternoon off, a number of stars decided to travel down to London to watch the quarter-finals of the PDC World Championship.

Maddison shared pictures on social media having spoken in the past of his love of the sport.

He played in a special tournament with other football stars last year and produced a darts celebration after scoring against Newcastle last season.

The darts itself has been rocked by positive coronavirus tests in recent days with three-time champion Michael Van Gerwen having to withdraw and describing the tournament as a ‘Covid bomb’.

But PDC chiefs have ignored calls to postpone it, with full crowds continuing.

While sporting events are played behind closed doors elsewhere in the UK, England is still allowing spectators.

Former Aston Villa and England striker Gabby Agbonlahor did not see a problem with the Leicester players enjoying themselves at the darts, despite some questioning on social media whether it was wise of them to do so.

He told talkSPORT: “If the club haven’t told you you can’t go out, then you’ve done nothing wrong.

“What should the players do? Just sit at home forever? I don’t think that’s fair. Players need to go and live their life.

“They are going to be on their own table, they are not going to be sitting with everyone else.

“I don’t mind it. Players have got to live their own life. I’m sure Brendan Rodgers wouldn’t have a problem with that.”