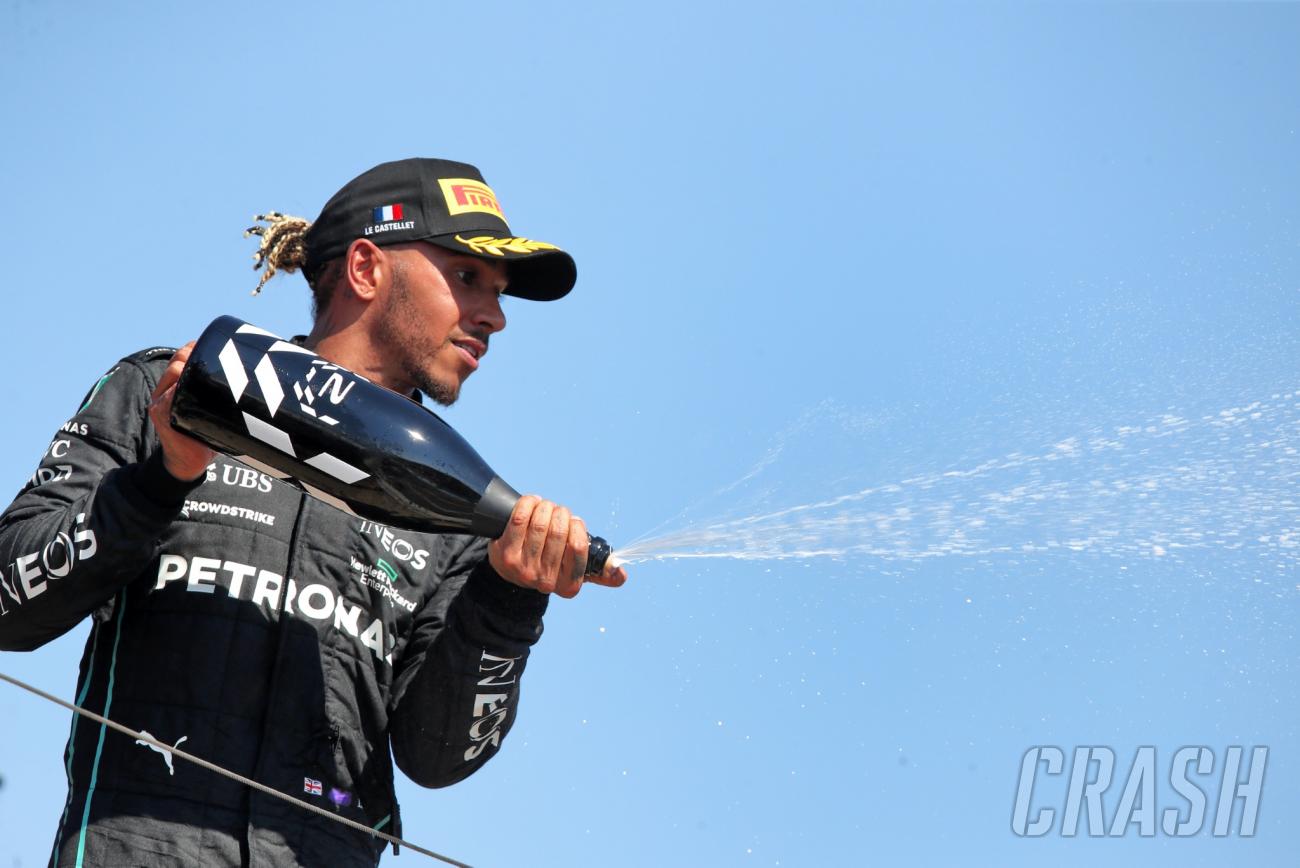 The 7 time World Champion became only the 6th driver in F1 history to contest an astonishing 300 GP races. With this career milestone now achieved, the question remains, can Hamilton make it to 400 race starts?

Never miss a video from

Statistically speaking the answer is simple – yes. There are roughly 20 races on the F1 calendar, and 20 races multiplied by 5 years would put Hamilton around 42 if he does this. It is not out of the realms of possibility either, as when former greats of the sport retired such as Kimi Raikkonen, he was 42 years old, and Michael Schumacher was 43 years old.

However, motoracing is not so straightforward, and other outside influences may affect Hamilton reaching the 400 race mark; this includes young drivers. Mercedes are a team that are heavily invested in young talent. Look at George Russell, he’s only 24 years old and is in a Mercedes. Race winner Esteban Ocon also has  Mercedes ties, and so does F2 driver Frederik Vesti. You can’t predict the future, but you would surely think in five years time these drivers would be experienced and youthful enough to take a seat at the forefront of the F1 grid.

Furthermore, Hamilton is not just an F1 driver, he is a global superstar. Brands he has historically worked with include: Tommy Hilfiger, Bose, MV Agusta, Neat Burgers and much much more. Although Hamilton has expressed his desire and motivation to continue racing in F1 –  he has a contract with Mercedes until the end of 2023 – there is a possibility that he might retire and perhaps concentrate on his business ventures.

Another contributing factor for Hamilton to make it to 400 races is Mercedes. Mercedes, like all the other current F1 teams have signed the F1 Concorde Agreement, which means they should race in the sport until at least the end of 2025. With the present number of races on the calendar, Hamilton would not reach 400 races by the end of this period.

This would mean Mercedes would have to continue to race in F1 beyond 2025, which is definitely probable, but yet to be determined. Remember, It is not unusual to have big manufacturers pull out of the sport with little notice; just think of last year when Honda pulled out at the end of the season. Lewis Hamilton racing for a team that is not Mercedes seems like an unthinkable prospect.

Lewis Hamilton certainly has the talent and ability to continue to race in F1 for 400 races. You only need to look at how well Fernando Alonso is performing at 40, it’s clear to see he is still good enough to compete in the sport.

Only time will tell, but no matter how many races Lewis Hamilton competes in, he is and always will be one of the greats of the sport.

Do you think Hamilton can reach 400 races?