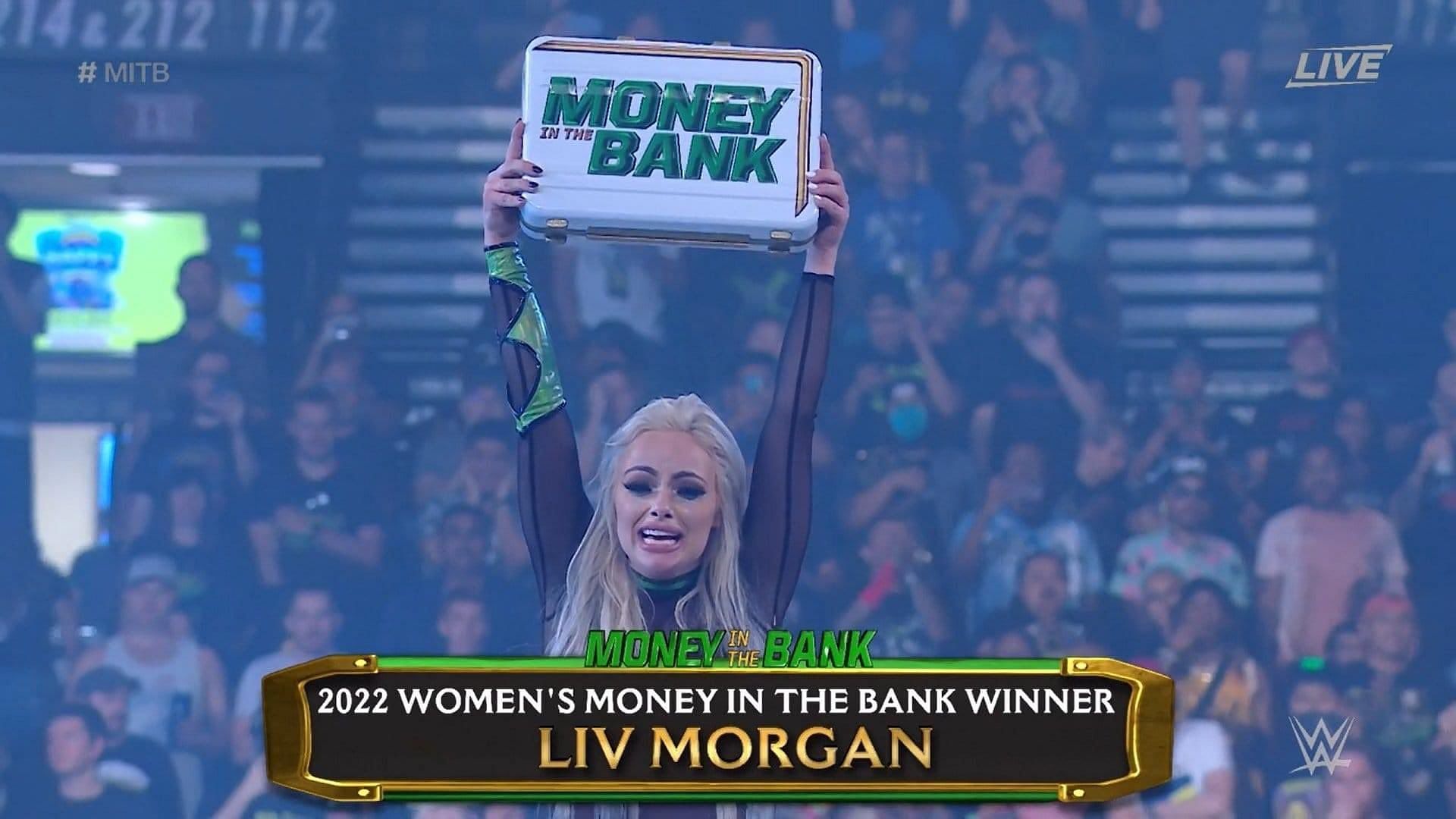 Liv Morgan defeated six other women to win the Women’s Money in the Bank contract at the eponymous event.

The bout included Becky Lynch, Asuka, Shotzi, Raquel Rodriguez, Lacey Evans, and Alexa Bliss. Morgan is now guaranteed a championship match at a time and place of her choosing within the next year. She could even cash it in tonight to become champion.

The 28-year-old star has never held a title in her entire WWE career, and there’s a high chance that could change, as every single Women’s Money in the Bank contract winner has had a successful cash-in.

The match included several high spots as there were several ladders and big moments involved. Asuka and Shotzi both took some hit on the ladder as they were involved in some high spots.

The seven superstars put on a hard-hitting bout, and towards the end of the match, it looked like Becky Lynch was going to emerge victorious, as there was no one else in the ring. Liv Morgan came in at the right time and knocked Big Time Becks off the ladder, allowing her to retrieve the briefcase.

Her victory received a positive reaction from the crowd, as she was the favorite to win going into the match. Liv joins Carmella, Alexa Bliss, Bayley, Asuka, and Nikki A.S.H. in the list of women who have held the coveted briefcase.

Find out the real reason why Sting came to WWE only to lose his debut match right here.