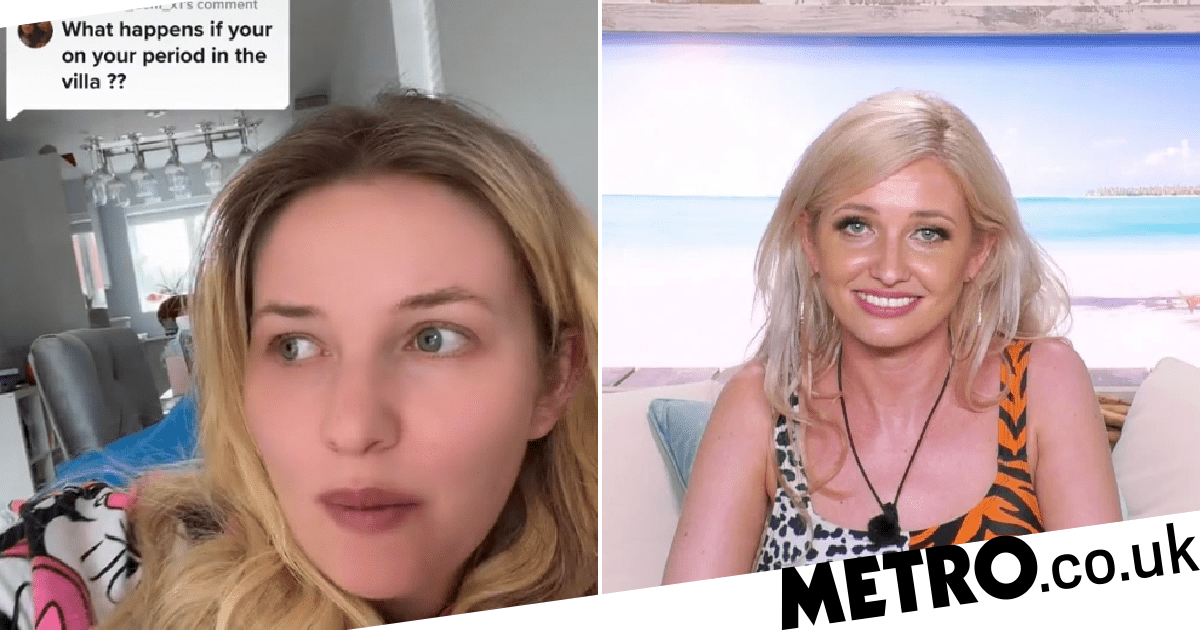 Former Love Island contestant Amy Hart has explained what the girls do when they get their period in the villa.

The 29-year-old reality star, who appeared on the ITV2 dating show in 2019, shared details of life inside the Majorcan home as she took questions from fans on TikTok.

Addressing what happens when menstruation happens, Amy said: ‘I’ve heard this so many times. I don’t really understand what you think I’m going to say, like we’re segregated in another room, only allowed in black bikinis.

‘We just get on with it, like you would do if you’re on holiday.’

Amy then shared insight into what she did while she was in the villa.

‘I personally ran my pill packs together because I didn’t want to have a period while I was in there and the doctor was like, “Yeah that’s not going to work” and I was like, “It will, it will.”

She continued: ‘But yeah, you just get on with it.’

Captioning the video, Amy penned: ‘I understand everyone is different and they’d make allowances I’m sure, I was just talking about my experience and meant we weren’t banished.’

Since appearing on Love Island, Amy has been extremely open about her experiences of the show.

Last month, she revealed the agonising methods she took to lose weight before making her debut, which included calling in sick at work so she could spend more time at the gym.

Although she is now a healthy weight, the former British Airways cabin crew member dropped down to 9st ahead of her entrance.

‘Eight weeks, gym every day, 1800 calories vegan diet plan,’ Amy revealed in an episode of Embarrassing Bodies. ‘I gave up drinking, I’d call in sick to work so I could go to the gym instead.’

When pressed on why she felt the need to take such unhealthy measures, Amy replied: ‘I thought I needed to do that to be attractive to the boys that would be in the villa.’

Kiss goodbye to your social life – Love Island is back to dominate your evenings, with the new series promising more drama than ever before.

For all the latest updates, visit Metro.co.uk‘s Love Island page.