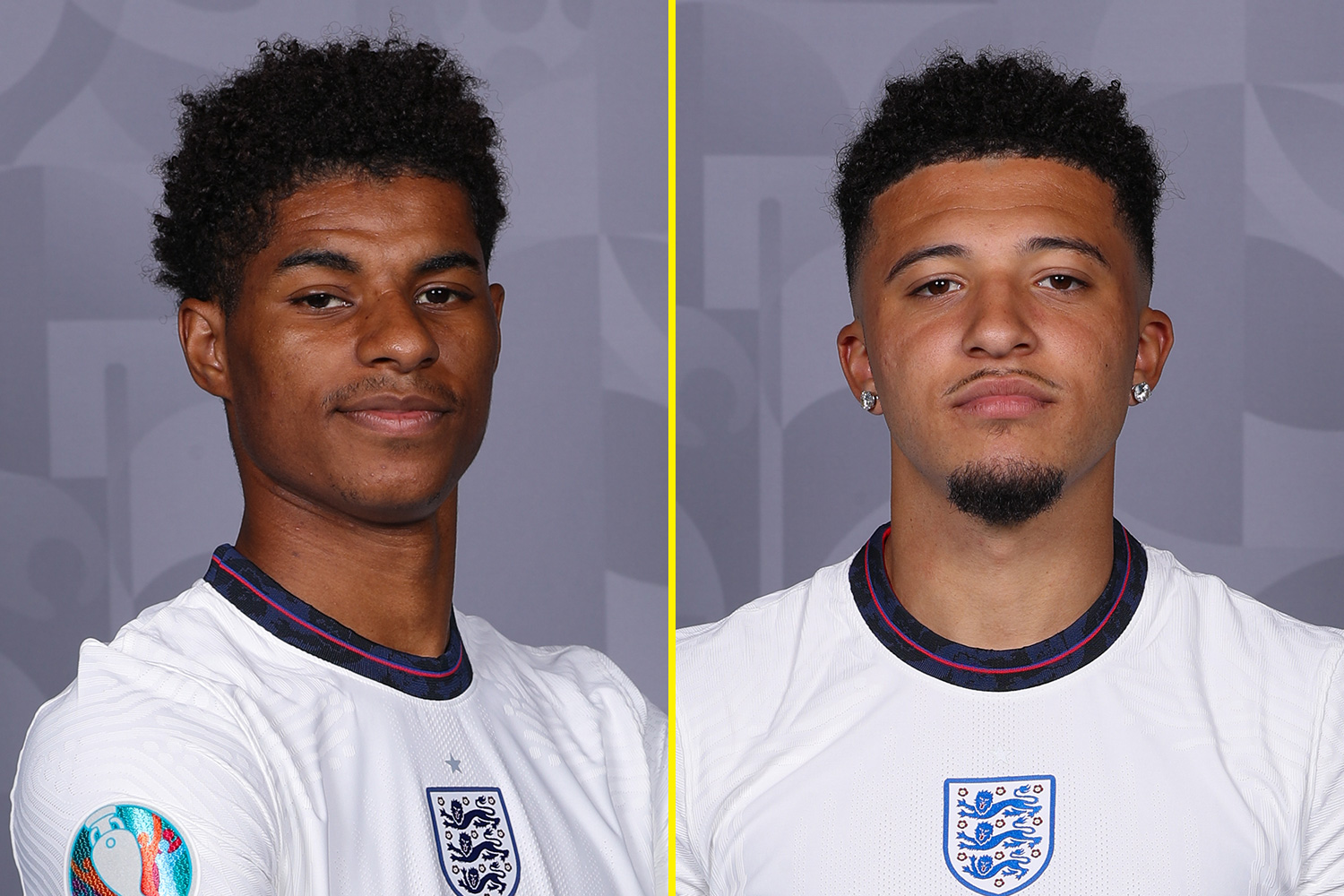 Jadon Sancho and Marcus Rashford have been warned they will not be going to the World Cup this winter if they do not hit the ground running next season.

There are just five months to Qatar 2022 with September’s two Nations League fixtures all that remain after facing Hungary in Wolverhampton on Tuesday evening.

Harry Maguire is the only Manchester United player involved in the England set-up this month, with Luke Shaw unavailable as he regains fitness at a time when Rashford and Sancho missed out through poor form.

The pair were both omitted from the squads in March and this month, where Jarrod Bowen got his chance.

Three Lions boss Gareth Southgate admitted they have a lot to do to get back into contention.

Asked if United players may be fresher without the Champions League to contend with next season, Southgate said: “We’ve only got one with us! They’ve got a lot to do to get back in the squad.

“Well, look, I think the lower the load then of course the less likely for injuries and the hope that players can be that little bit sharper but there’s no way of knowing.


‘I wanted it!’ – Carragher has to calm down Chunkz at Soccer Aid after penalty drama


Nunez was a ‘freak’ at Almeria, can outscore Haaland, and fill Suarez’s Liverpool boots

“Some players are at their best when they’re in a rhythm of playing and you talk to some of our lads now and they want to play every game because that’s how they feel they get to their best level.

“Others need the breaks, they need longer recovery between the matches to be at their best.”

Erik ten Hag has been appointed new Man United boss in the hopes of turning things around.

Rashford, who scored just five goals in all competitions last season, had been linked with a move away from Old Trafford but looks set to stay.

Rangers and Scotland legend Ally McCoist says there will be no World Cup for the pair, unless make an unbelievable start to the 2022/23 season.

He told talkSPORT Breakfast: “They are going to have to hit the ground running next season. On current form, they don’t look anywhere near it with the options Gareth has in forward areas.

“They are going to have to start the season very well or there will be no World Cup.”