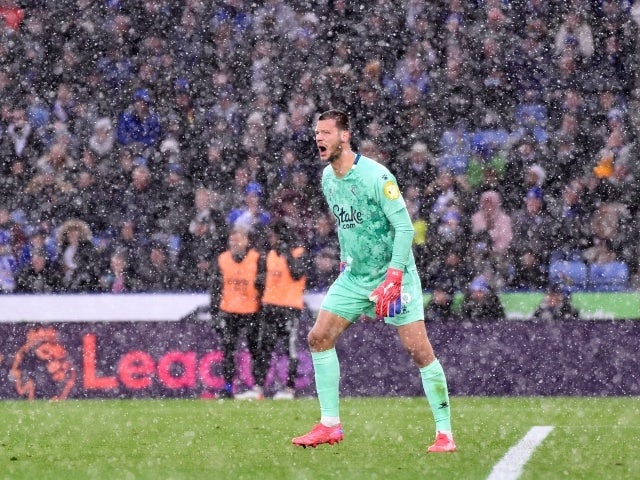 Watford goalkeeper Daniel Bachmann is being eyed up as a potential Manchester United target ahead of a move this summer, according to a report.

Watford goalkeeper Daniel Bachmann has been eyed up as a potential Manchester United target ahead of a move this summer, according to a report.

New United boss Erik ten Hag is on the look out for an understudy to current number one David de Gea, with Dean Henderson expected to leave Old Trafford this summer, either on a permanent deal or a loan move.

Nottingham Forest are said to be edging closer to an agreement with the Red Devils over a loan move with an option to buy the 25-year-old permanently, and following Lee Grant‘s retirement after the 2021-22 campaign, United are only left with Tom Heaton as a backup to De Gea as things stand.

The latest target to make the move to Ten Hag’s United this summer is Watford’s Bachmann, who is facing a battle to be first choice at the Hornets in the Championship next season following the arrival of Maduka Okoye, according to The Athletic.

The report suggests that the 27-year-old is one of a number of options for United this summer, which the Austrian is likely to agree to should an offer arrive, due to his current battle at Vicarage Road, as well as an inevitable pay cut as a result of Watford’s relegation.

With a contract with Watford until the summer of 2024, the report suggests that a fee between £2m and £4m would be required to secure his services, whilst no other clubs are said to have registered their interest in the shot stopper so far.

Having become number one in the second half of Watford’s promotion to the Premier League in the 2021-22 campaign, Bachmann started last season as first choice once again, but was quickly pushed down the pecking order behind veteran goalkeeper Ben Foster, who has since departed the Hornets upon the expiration of his contract.