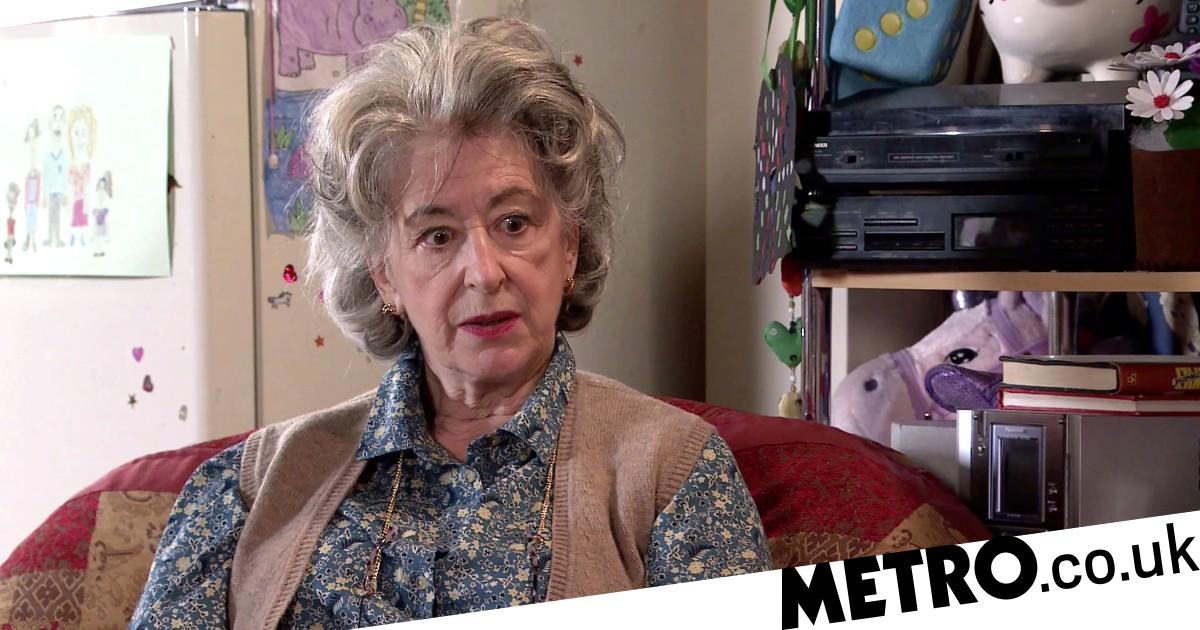 Coronation Street’s Maureen Lipman has reassured fans that she won’t be going anywhere anytime soon, after penning a deal to stay on the ITV soap for another year.

The actress, who plays Evelyn Plummer, revealed the news while defending working on the long-running serial, branding her co-stars ‘exceptional’.

‘I won’t hear a word against it,’ she said. ‘It’s full of quite exceptional actors working with very little rehearsal, very little direction.

‘Am I envious of some of my peers? Sometimes, yes. Do I have the right to be? Of course not.

‘Would I like to be in Sex Education?,’ she told Readers Digest. ‘Yes, of course. Am I sorry I’ve signed up with Corrie for another year? No, I’m not.’

Maureen, 76, won the hearts of Corrie fans back in 2018, when she first set foot on the eponymous street as Evelyn Plummer, long-lost nan of mainstay Tyrone Dobbs.

However, this wasn’t her first stint in Weatherfield, as she briefly appeared on the cobbles in 2002, portraying interim Rovers Return landlady Lilian Spencer.

The star has also appeared in numerous television series’ over the years, including Doctor Who, Casualty and Holby City.

Evelyn, meanwhile, has been at the centre of many storylines since making her cobbles debut, including a romance with old pal Arthur – not to mention getting caught in the middle when Tyrone and Fiz Stape (Jennie McAlpine) split!

In recent scenes, she clashed with Phill Whittaker’s (Jamie Kenna) mother Mimi, who moved in for a short while ahead of Phill and Fiz’s wedding.