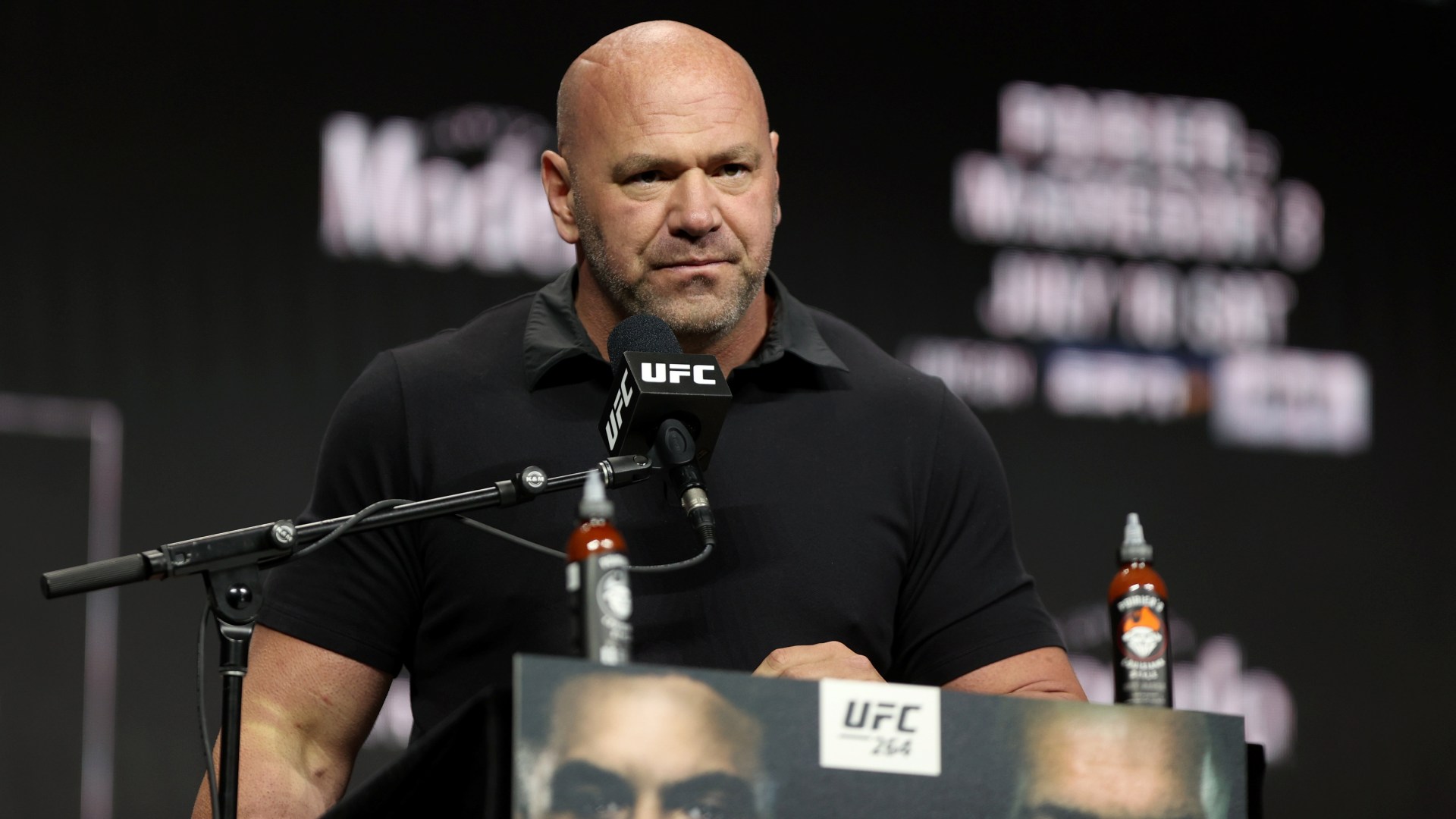 Dana White did not hold back when responding to criticism on how he spends his own money.

Earlier this month, the UFC president – worth an estimated $500m – surprised social media influencer Kyle Forgeard, from the YouTube group Nelk Boys, with $250,000 for his birthday.

This prompted a host of criticism, as White has come under fire in recent months for not paying his fighters enough money, but was willing to give his friend a quarter of a million dollars.

Earlier in the year, there was outrage after it was revealed that one of the brightest prospects in the UFC, Paddy ‘The Baddy’ Pimblett, only earned £9000 in each of his first two fights with the organisation.

It seems, however, that in this case White is not interested in the criticism as the $250,000 that he gifted Forgeard came out of his own pocket and so it is no one else’s business.

“Let me set this record straight,” White told The Pat McAfee Show. “First of all, all these people on the internet – go f*** yourselves, OK.


McGregor almost unrecognisable from featherweight debut as he spars for welterweight

“No. 2, if you look at what Kyle and the Nelk Boys have done as far as how they’re handling and a lot of other things that they’ve done, those kids have never asked me for anything, ever.

“They’ve never asked me for anything, and they couldn’t be better people. Kyle has done so many things for me.

“Believe me, the $250,000 that I gave him for his birthday, it does not cover the amount of things that kid has done for me.

“Don’t count other people’s money and mind your own f****** business.

“A lot of this is driven by the scumbag MMA media,” White continued. “So what happens is, they act like there’s this massive safe here at the UFC offices that says ‘fighter pay’ on it and I just go in there and grab whatever I want out of fighter pay.

White has been the promotion’s face since 2001 when brothers Lorenzo and Frank Fertittas, whose company, Zuffa, bought the UFC for $2m and installed White as president.

Since then, he has been at the forefront of its transformation into a juggernaut of MMA, forcing the sport into the mainstream.