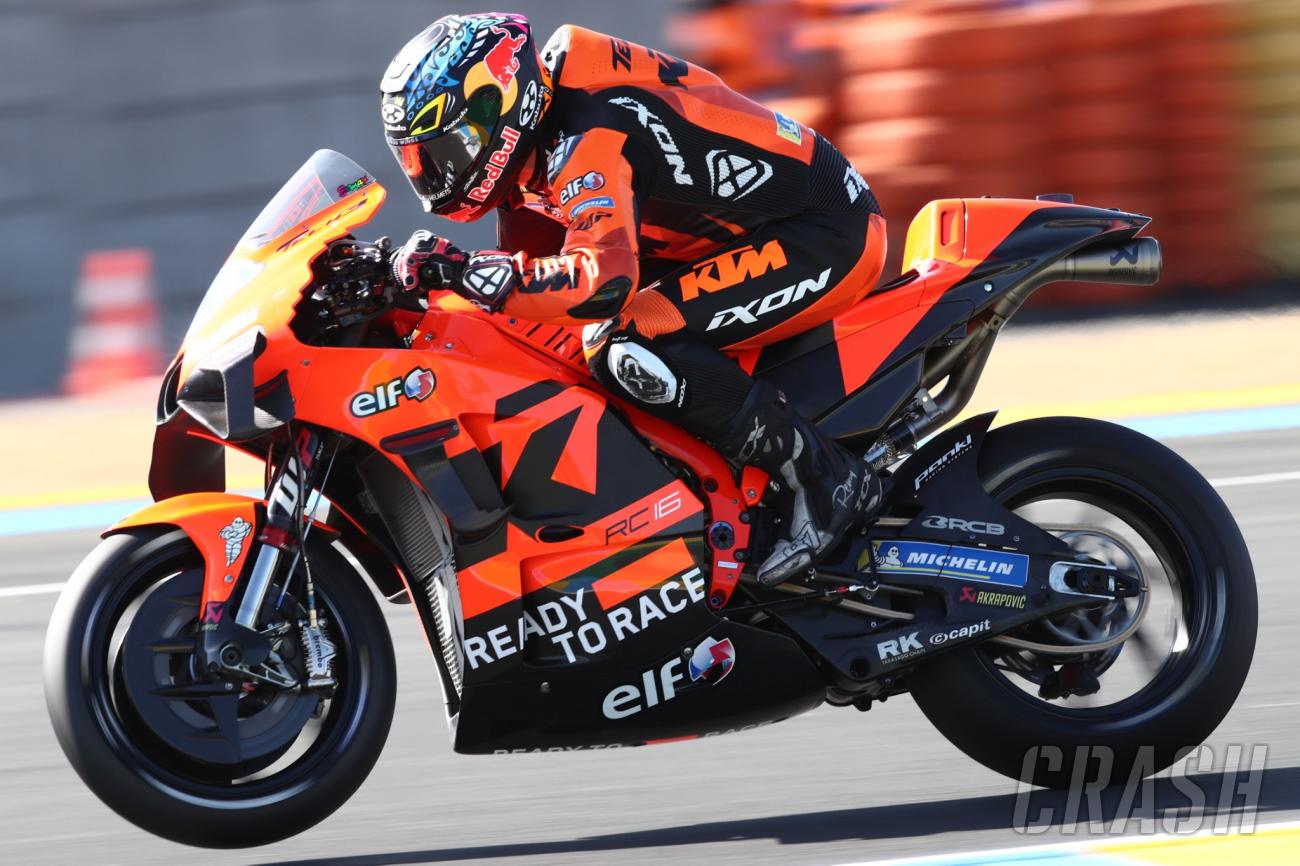 “I think we are pretty much all struggling except for Brad who somehow manages to pull out a time,” Gardner stated. “We’re kind of a bit lost I think. It’s hard. It was hard in Jerez, hard here. It’s pretty bleak at the moment!

“We need some help. Because we’re all struggling. It is not just me. It’s me, Raul and Miguel. Brad’s kind of the only one that can put something together, [he’s got] quite a radical style and can manage to do it.”

The Australian – who has scored factors twice within the opening six rounds, with a finest race end of 14th – believes they’ve now exhausted each set-up possibility for the present package deal and wish ‘new material’.

“We need some help. We’ve gone up, down, everywhere and chased our tail and can never get it really to work. We gain something, we lose something. It’s never putting the package together.

“We will always do our best and push as hard as possible… [but] we need new parts and new things.”

Among the problems Gardner and the opposite KTM riders are going through is the rear wheel rising off the bottom throughout braking.

“All weekend in Jerez I was struggling big time with the rear wheel coming up off the ground,” Gardner confirmed. “Here it is kinda the same. We can focus on that and get the thing to stay on the ground a bit more, but then it will take away all the turning. Usually, we take away grip as well. So it’s like chasing our tail a bit.

“For some reason, it’s just not working, any of the set-ups anymore. We went back to something we had at the Jerez [test] last year but that doesn’t work either.”

Gardner added: “You’ve got to look for the positives and we’re quite close [to Oliveira and Binder] sometimes. Guys with a lot more experience. The problem is that we’re at the back. We need a step. We need material and something new.

After podiums within the opening rounds, courtesy of a runner-up end by Binder in Qatar and moist victory for Oliveira in Mandalika, the very best KTM has crossed the road sixth (Binder, Argentina), twelfth (Binder, Austin), fifth (Oliveira, Portimao) and tenth (Binder, Jerez).

There had been no KTMs contained in the high 17 throughout opening apply at Le Mans, however Binder then closed to +0.509s from Gresini Ducati tempo setter Enea Bastianini within the afternoon. Oliveira was twenty first (+1.547s) after two falls, Gardner twenty second (1.589s) and fellow rookie Fernandez, making his return from a hand damage, twenty third (2.409s).