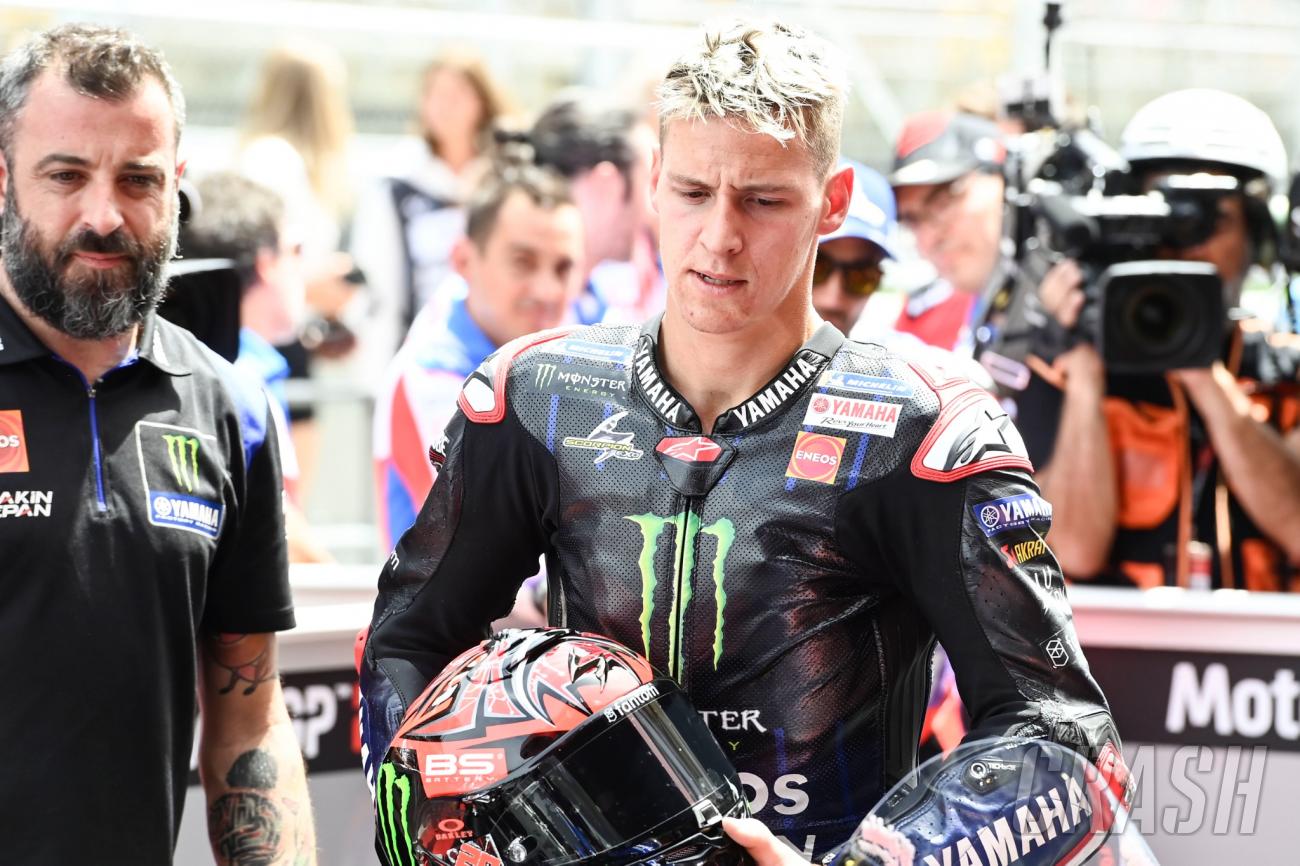 After a slow start to 2022 where he claimed just one MotoGP podium from the opening four rounds, Quartararo has been sensational since taking his first win of the year in Portimao.

After gaining the championship lead in Portimao, Quartararo has not relinquished it since, instead building a 22-point buffer over main title threat Aleix Espargaro.

The factory Yamaha rider, while fast at times in Catalunya, appeared to have less race pace than Espargaro and Francesco Bagnaia heading into the race, but after taking the lead into turn one at the start, Quartararo put the hammer down in order to immediately gap those behind him and secure a comfortable victory.

Both his victories have been in utterly dominant fashion, the type of performances other riders struggle to replicate.

However, early signs indicated a much tougher season could have been on the cards.

With top speed continuing to hamper Quartararo, especially at races such as Lusail (Qatar) and COTA (America), the French rider was visibly annoyed at the fact Yamaha did little to improve the situation from 2021, but after changing his mindset, such concerns are at the back of his mind.

“In the beginning of the year I was not really on it, because in Qatar and Argentina especially, I would say I was complaining too much and in my head always was the fact that the top speed is much slower than the others,” said Quartararo on the eve of this weekend’s German MotoGP.

“But in Austin, I decided to really stop with this mentality because I will have the same bike all year, and just do the best with what you have.

“It’s basically really similar to last year, and we could achieve really great races, and I think the step I did mentally in Austin brings me not more motivated, but more focused.”

‘I have 11 races’ to make a MotoGP title charge – Bagnaia

After being taken out by Takaaki Nakagami in Barcelona, an already difficult title chase became that much harder for Bagnaia.

But costly DNF’s (also crashed in Le Mans while running second) are a big reason why Bagnaia is over 60 points behind Quartararo. However, with 11 races still to go, the former Moto2 world champion hasn’t lost hope yet.

Bagnaia added: “If last year the mission was to win the championship, to recover 70 points in five races, now this year I have 11. The ambition is high, I know what the potential is like.

“Fabio [Quartararo], at the moment, is the greatest on-track, I think, because he is riding his bike perfectly.

“I think we can be a great opponent to him, and recovering 66 points at the moment is not easy, but we still have the possibility.”