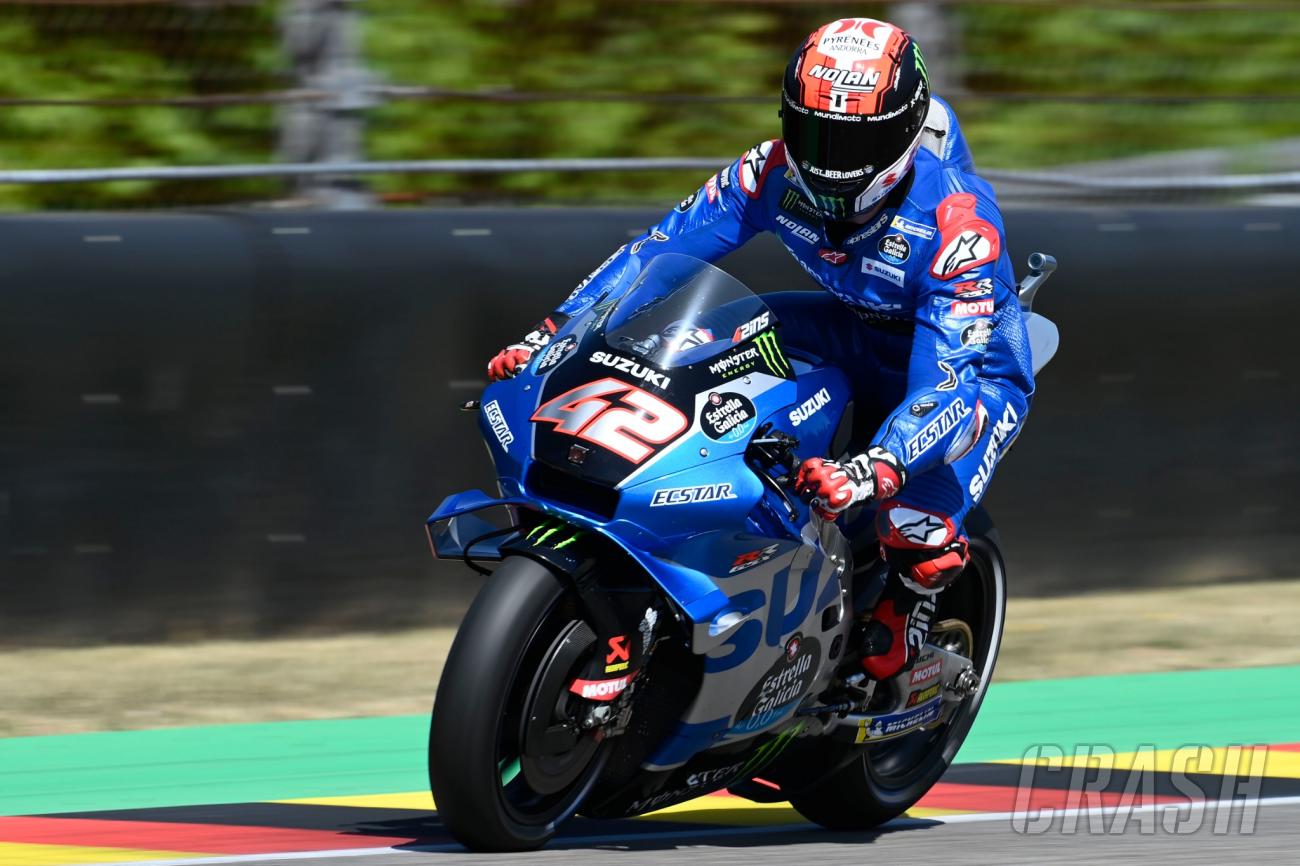 The Suzuki star suffered the injury when he was brought down by Takaaki Nakagami’s bike at Turn 1 in Catalunya, just under two weeks’ ago.

After being passed fit to ride on Friday, Rins felt more pain than expected with a final decision made after Saturday morning’s FP3, where the Spaniard failed to beat his day one best and dropped to 17th on the timesheets.

“I have decided, together with the team, to stop riding and not compete in the race this weekend,” Rins said.

“Today the feeling with my hand and wrist is somewhat worse than yesterday, and I found that I was in a lot of pain when I tried to do a fast lap, so I don’t feel I am capable of competing.

“For this reason, we prefer to focus on being more recovered and stronger for Holland [next weekend]. Hopefully my physical condition will be better in Assen, especially as it’s track that I like a lot.”

“It’s a pity, but the pain is too much, and it makes no sense to take risks for no reward,” added Suzuki team manager Livio Suppo. “We hope Alex can recover more in these next days before we head to Holland next week.

“I want to thank him for the effort he has put in to be here, he has given his all. And thanks also to the team for the job they’ve done.”

Rins will now continue electromagnetic therapy and a course of rest and anti-inflammatories to try and heal the break to his left pyramidal/triquetral bone as quickly as possible.

Joan Mir, seventh quickest after FP3, will now be Suzuki’s sole representative for the remainder of the Sachsenring weekend.

Rins, who like Mir is yet to confirm his 2023 plans, is currently tied with his team-mate for seventh in the world championship.