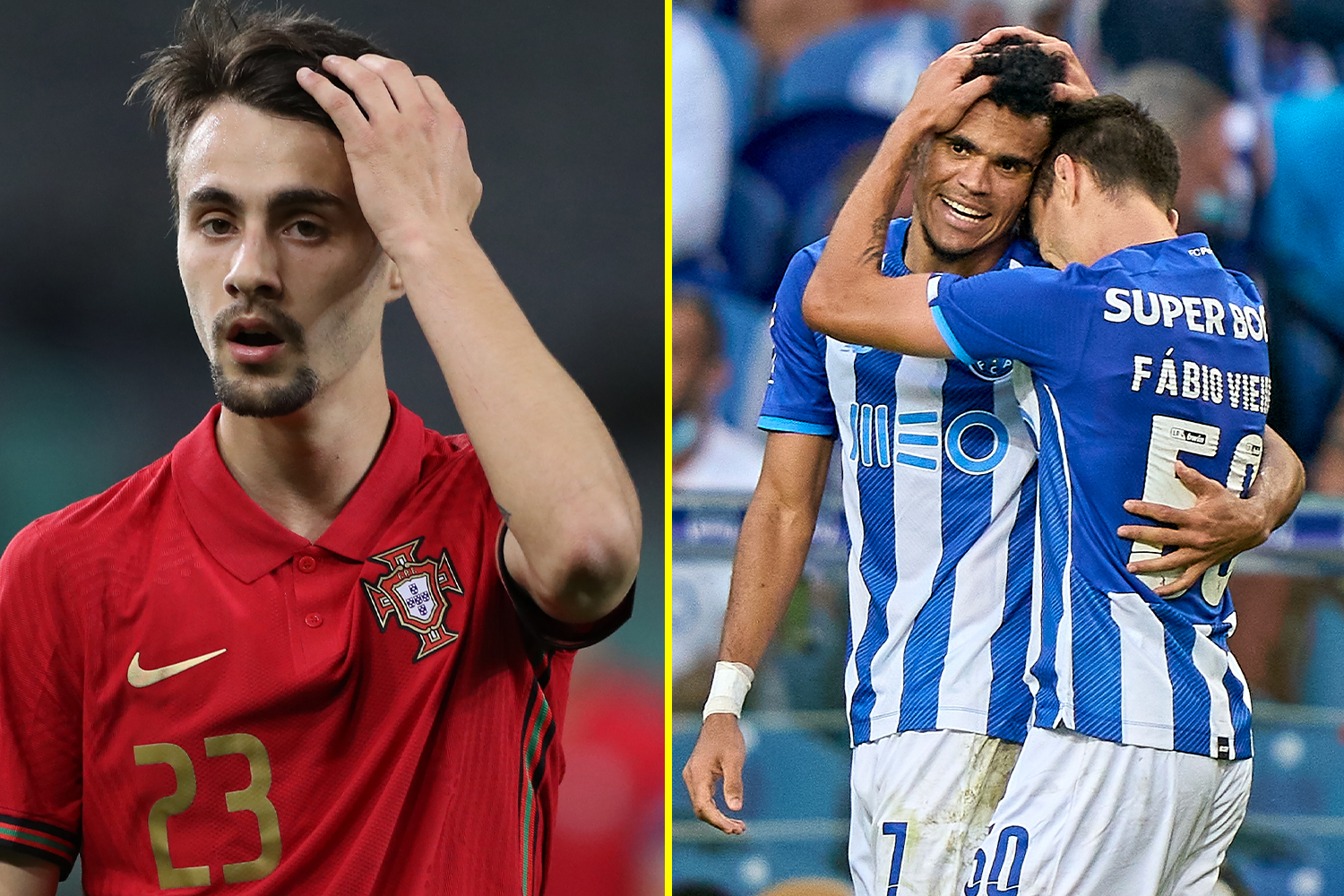 Arsenal fans have been asking for ‘the next Vieira’ for years and, finally, they might have him.

And whilst their new signing might not be the same sort of player as Gunners legend Partick Vieria, he does have one striking similarity to the Frenchman – his name.

The north Londoners have reportedly agreed a deal with Porto to sign Fabio Vieira worth around £30million plus £4million in add-ons.

The attacking midfielder, who is set to sign a five-year contract with the club, was also reportedly attracting interest from the likes of Manchester United, Liverpool and Tottenham.

He has been at the club since he was just eight years old, rising through their youth ranks before establishing himself in the first team over the last few seasons.

Standing at 5ft 7ins, the nimble midfielder has been wowing crowds at the Estadio do Dragao, as well as for the Portugal youth teams.


‘Who chose this!’ – Neville unsure on England WC hotel but Beckham calls it ‘perfect’

He was named Player of the Tournament at the Under-21 European Championships last year, helping his side to the final, before they lost to Germany.

After winning the award, UEFA’s team of technical observers said: “During the tournament, he was a key player for Portugal. A playmaker who creates a lot of chances. An excellent link between midfield and attack.”

Portugal under-21 boss Rui Jorge added to that after the tournament, stating: “He is a very technically advanced player, but he needs to improve some aspects of his game in order to become a full-fledged player.

“He knows this and will work on these aspects. Fabio has a great future if he sees fit. I think he wants to be the player he can be. I believe that we can meet a great player.”

But where will he fit into the Arsenal team?

Vieira can play as a No.10 or as an No.8, and has drawn comparisons to fellow Portuguese star Bernardo Silva, with his good dribbling and eye for a pass.

It could well see him partner Martin Odegaard in Mikel Arteta’s 4-3-3, with Thomas Partey sitting just behind them.

Arsenal need another creator to help Odegaard, as well as someone who can score goals, and Vieria is certainly that man, who got a goal or an assist every 87 minutes in all competitions last season.

Fabio Vieira might not be the same sort of player that Patrick once was, but if he has even half of the ability as his namesake, then he’ll be a huge hit at the Emirates Stadium.