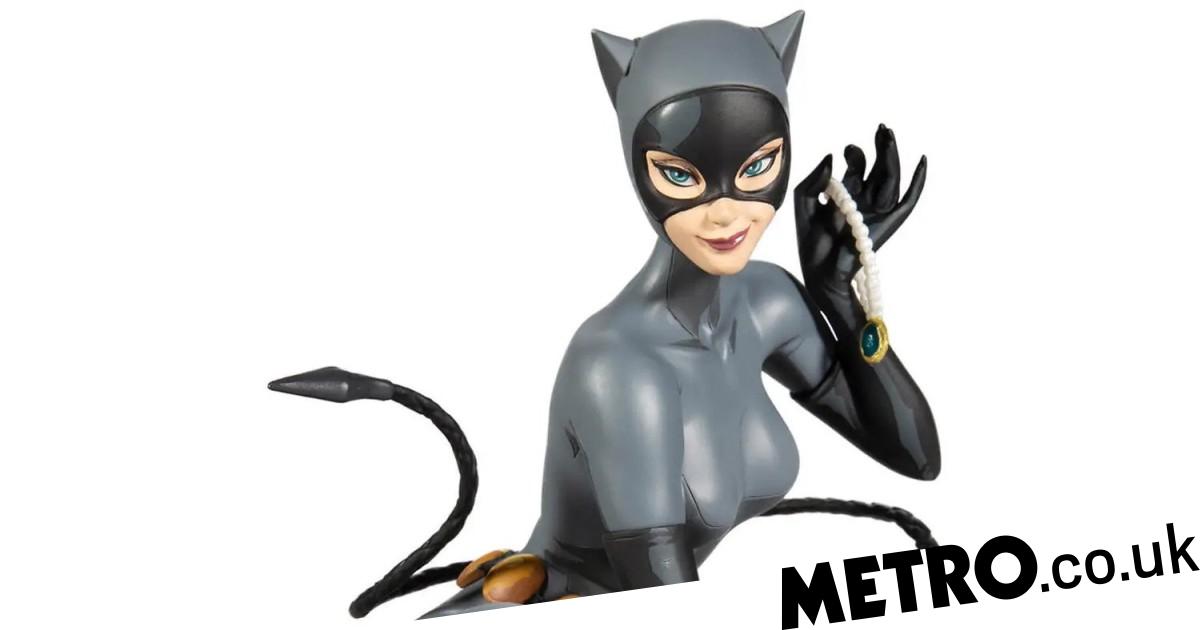 A whole new range of DC Comics statues are about to be released in the UK, including designs based on Batman, Joker, Harley Quinn, and more.

The pandemic has played havoc with plans for the DC cinematic universe but there’s a whole bunch of new films coming up in the next two years, including Black Adam, Shazam! Fury Of The Gods, Batgirl, Aquaman and the Lost Kingdom, The Flash, and Blue Beetle.

Unlike Marvel though not all DC movies are set in the same fictional universe and so there’s also the sequel to The Batman to come and possibly others. Although whether there’s a new movie out or not, the Dark Knight remains by far DC’s most popular character, as you can see from all these cool new statues.

No matter how many movies come and go, for many the definitive version of Batman and his rogues gallery is the 90s Batman: The Animated Series. A new line of action figures is still available for it but this amazing statute, based on the work of comic book artist Stanley Lau is for the really committed fans.

Superman vs. The Flash racing statue

If you sat through to the end credits for Justice League, you would’ve seen Superman and The Flash trying to decide who was fastest. If that seemed a bit random it’s actually based on an iconic cover from Superman #199 in 1967. This statue is another version of the scene and has been so popular it’s already on its second edition.

Mike Mignola is best known nowadays as the creator of Hellboy but one of his most successful early works was the classic Gotham by Gaslight, which perfectly suited his gothic style artwork. As such, he was a natural to be involved in the Batman: Black & White series, which also attracted the equally legendary Brian Bolland for his own Batman design.

British artist Brian Bolland started out his career as one of the definitive Judge Dredd artists working on 2000 AD, but he’s best known for the classic one shot The Killing Joke. This statue recreates one of the key images from the story, with the birth of the Joker after a dip in the poisons of Axis Chemicals. Alternatively, there’s another Joker statue from the same line, based on the more recent Death of the Family.

Buy DC Direct The Joker: Purple Craze Statue – The Joker by Brian Bolland at Zaavi for £124.99

Harley Quinn is now almost as popular as Batman and the Joker and there’s never any shortage of merch for her, especially as she has so many different styles. This one sees her with a more short-haired look (and a baseball bat) but there’s also another more revealing design by J. Scott Campbell.

This article contains affiliate links. We will earn a small commission on purchases made through one of these links but this never influences our experts’ opinions. Products are tested and reviewed independently of commercial initiatives.


MORE : Thor: Love And Thunder merch and comic books – what to read before the new movie


MORE : Star Wars: Obi-Wan Kenobi Black Series action figures are up for pre-order in the UK